Despite its name, this park is actually a former graveyard and site of a famous church that gave its name to the entire area of Whitechapel.

The church of St Mary Matfelon had stood here since the 13th century, but it was the second of three churches to occupy the site that was to give the area its name. The Medieval church was famous for its bright white limewash on the outside walls, and people started to call it the White Chapel.

The name stuck, even after the white chapel was torn down in the 19th century for a larger replacement. That had to be rebuilt in 1882 after a fire nearly destroyed the new building, but its demise was caused by WW2.

Damaged by bombs in December 1940, and torn down in 1952, the former church and its graveyard became a public park. Among those buried on the site are the mutineer Richard Parker, the hangman Richard Brandon, the philanthropist Sir John Cass, and “Sir” Jeffrey Dunstan, the “Mayor of Garratt”. 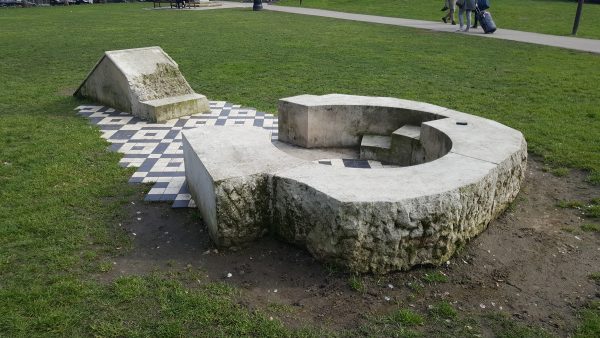 The park was re-named Altab Ali Park after the racially motivated murder of a Bangladeshi clothing worker in 1978.

His death marked a turning point as 7,000 people marched from Adler Street in Whitechapel to Trafalgar Square to demand police protection for the Bengali community and protest against the National Front’s hate campaign. This culminated in the National Front being forced out of the area and for Bengali culture to flourish.

The park itself is still surrounded by the old stone wall from the church, and there’s a derelict water fountain in one corner. 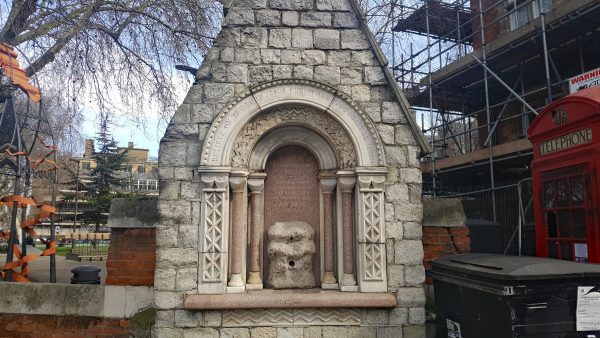 Dotted around are relics of the old church, although most of them are modern, having been added as part of the local area improvements ahead of the London 2012 Olympics.

Before the changes, the park was pretty much a bland open space, but now it has pockets of activity dotted around, from the new stone seating areas, a mound with stones and logs for climbing, and somewhat ill at ease, a recreation of a prayer altar. 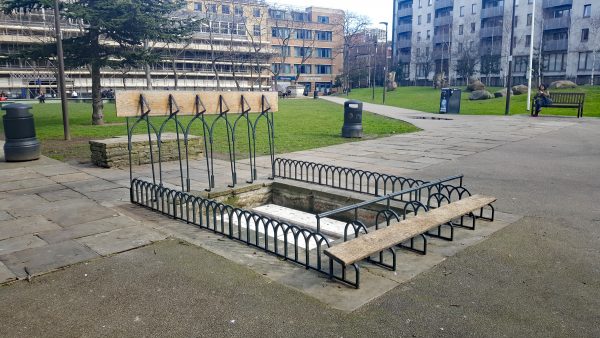 A landscaped hollow was created for the Shaheed Minars Martyr monument, which while important, looks just rather odd here, as if it’s unfinished. 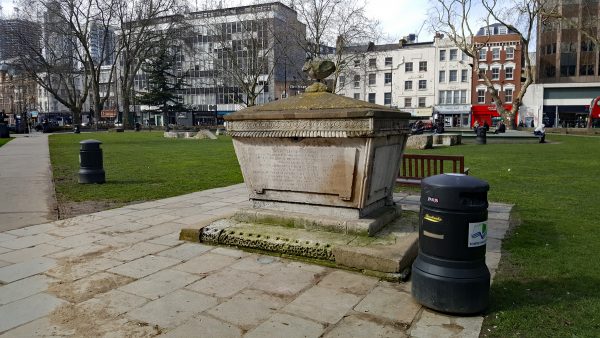 Since the renovations, the daily encumbrances have overtaken the finished product. Bins are placed without context to what they are near, and a building site next to the park was casually using the gravestones to store their scaffolding poles. 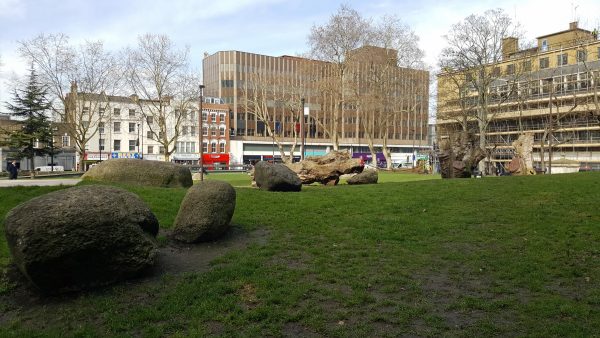 Despite that, it’s a vital space for an area that is rather lacking in greenery.