A dead cock fed on peppercorns, equal quantities of opium, saltpetre and liquorice, a tincture of mercury — are recommended treatments of Georgian London, and on display at the moment.

This exhibition, a Georgian Miscellany of Medicine is in the library of the Royal Society of Medicine and is a collection of glass cases laid out with Georgian books and explanatory cards. 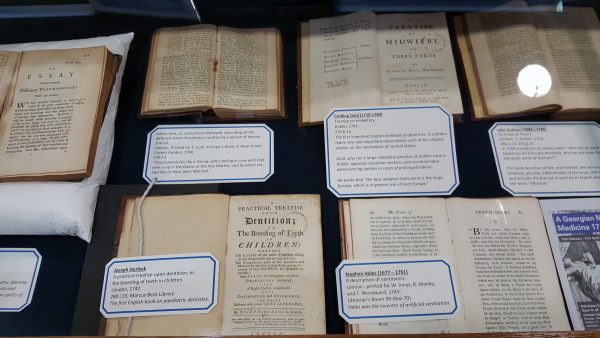 Getting in is a bit of a maze. Go in not by the grand entrance, but around the corner on the slightly less grand entrance behind the House of Fraser department store. Along the corridor, turn right, up the stairs. Get to the library, catch the eye of someone to let you in, then up another flight of stairs to the reference section.

It’s is pretty much as described, a miscellany of medical books from the Georgian era.

So expect something on men as midwifes, on how to stop foreign plagues infecting us, lots of books on how to deal with consumption (Tuberculosis), badly formed babies, and that ultimate disease… old age.

The treatments are today laughable, and in a way that’s what makes the exhibition worth finding, as there’s something quaintly Macbeth about the treatments being offered. No need for eye of newt here — although eye of newt is just slang for mustard seeds, so not that grim after all.

If you couldn’t get mustard seeds, you could always appeal to the King, whose touch was thought to be healing. It was the Georgian monarchs who stopped that, not just because it didn’t work, but probably as much for it being a bit tiresome to keep touching poor people.

A number of the books on display are medically significant in that they are the first time someone tries to explain a medical condition is relatively sensible scientific means.

It was still a very male dominated era though, so children born with defects could be attributed to the mothers having thought bad things during pregnancy. Not that would explain the mystery of the woman who gave birth to rabbits, which was explained, eventually, by medical practitioners.

If you want to see the printed word exhorting such bizarre treatments, head over to the Royal Society of Medicine before Saturday 21st April. 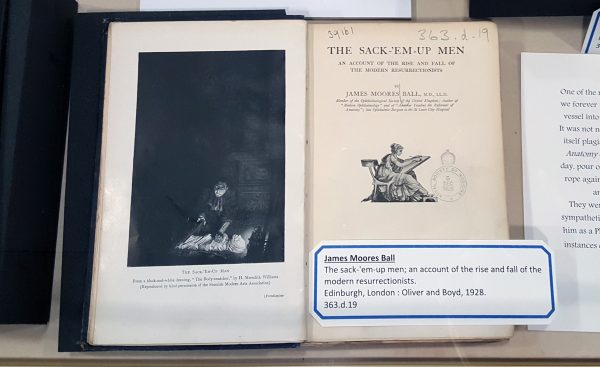 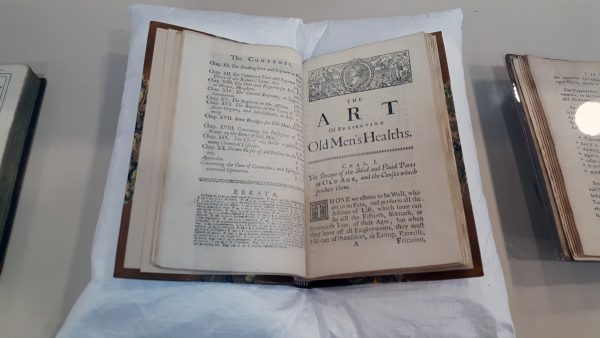 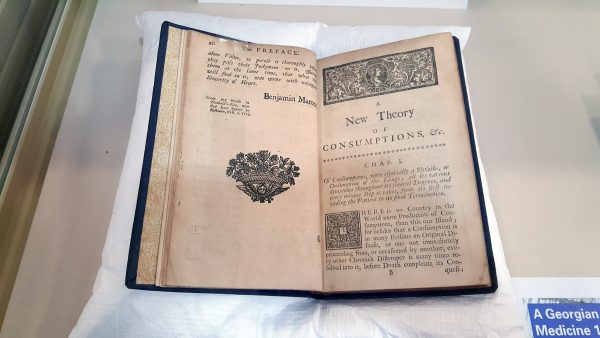 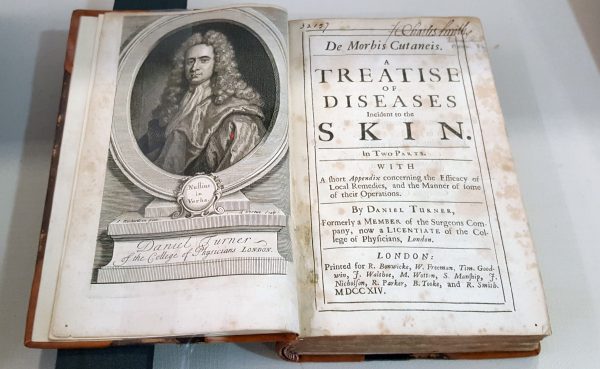 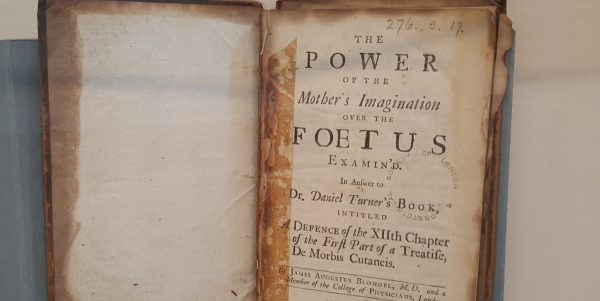