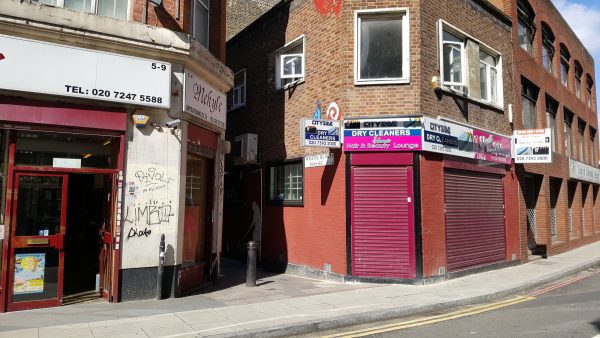 Quite why there’s an alley here seems hard to work out, as it doesn’t really lead anywhere that the main road won’t take you. It was possibly built though to allow a small block of shops it runs behind to have rear access. When built it was originally called Hatchet Alley, then by the 1860s, it was known as Spectacle Alley, and now it’s Whitechurch Passage. 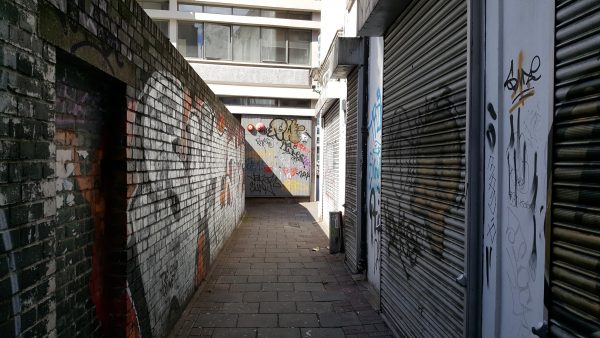 The church in question being White Church Lane (formerly just Church Lane), which it connects to. The church being St Mary’s Matfelon, which was destroyed during WW2, and is now a park.

The church was notable for the lime whitewash that it was covered in, and the unusual bright white appearance is how it gained the name of the White Chapel. With its prominent location on the main road, unsurprisingly the area became known as Whitechapel.

The Whitechurch Passage was also damaged during WW2, so the buildings are mostly post-war rebuilds of minimal architectural interest. 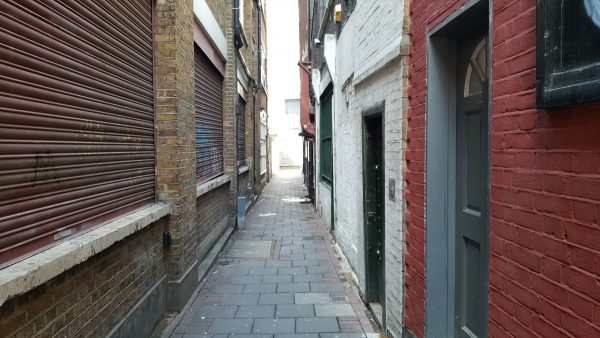 It’s been said that one of the older buildings partway along the passage was once a ventilation shaft for the District line railway which runs under the main road beside it.

What is of interest though is some relief artwork on the walls, added in 2012 by ChinaGirl Tile. 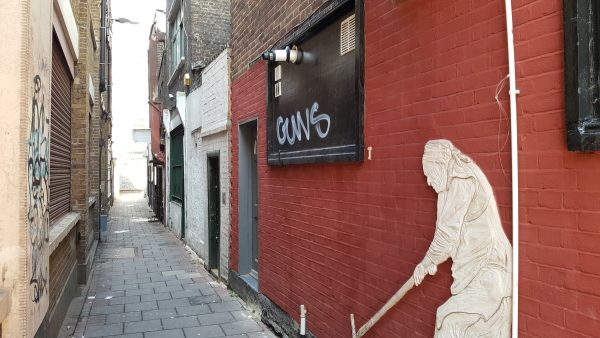 The artist who installed it was approached while she was at work by a man who said if she ever needed a job as a floor tiler, he’d offer her one right away.

I think you can see why he was impressed. 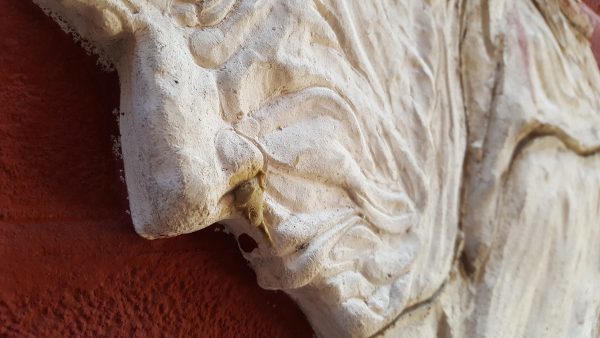