Dare you go on a quest for the Golden Fleece? For in Aldgate it is to be found, in an alley dark and treacherous.

Sadly, this noisome alley is as far from its namesake as it is likely to be possible to achieve. 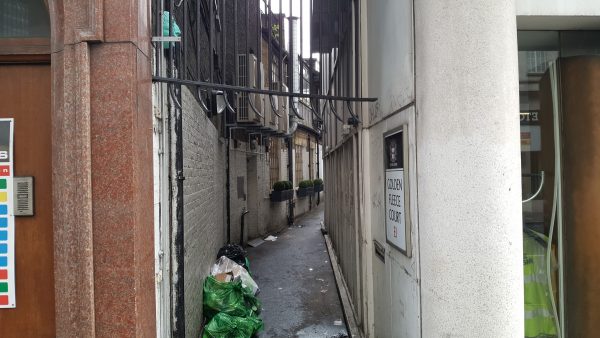 A short alley that currently terminates in a dead end — although it probably once carried on to the space behind, which is today the bus station. They alley shows up on maps from late 19th century, and in gazettes of street names, but all without comment.

At a guess, I might suggest that the alley was once much longer, as the land now occupied by the bus garage was cleared in the 19th century, for underneath it lies the Circle line railway, which was originally in a cutting and later covered over. 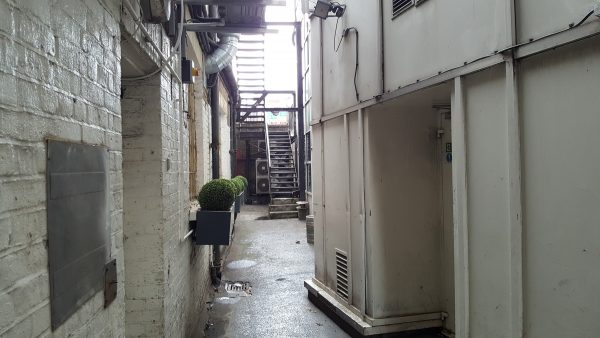 Quite how such a tiny slip of an alley acquired such a grand name is lost to history, and indeed, any meaningful information about it is as hard to locate as the mythical fleece it is named for.

For an alley that is seemingly mainly used for rubbish and as a fire escape, it has a couple of windows that are curiously out of character, and in so stand out more here than they would in any posh shop. 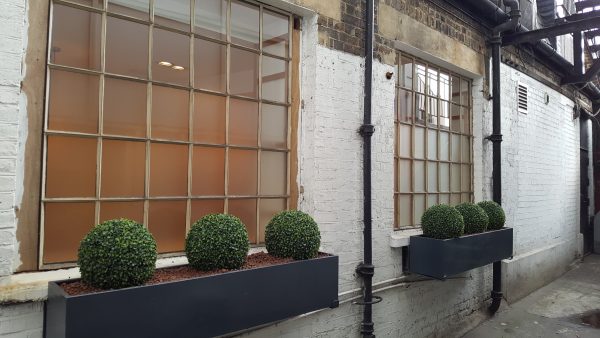 However, this is also an alley under threat of vanishing. A planning application, currently withdrawn, but likely to return at some point will see the entire area redeveloped.

Unlike redevelopments elsewhere within the City of London, here the plans do not seem to include retaining the old alley.

Incidentally, if those plans come back onto the table, while the alley will go, Aldgate tube station is likely to gain a new entrance, facing onto Minories Street.