This is a seemingly rather uninteresting passage close to Aldgate, but is one that’s steeped in a bloody history. 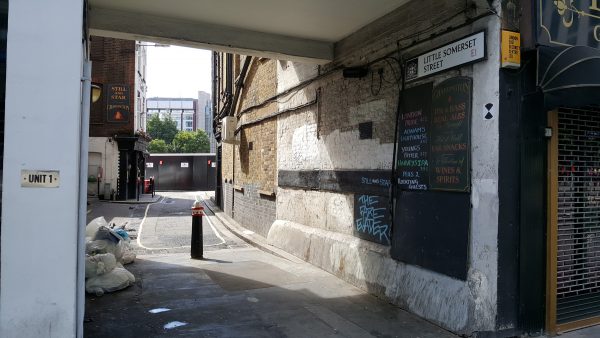 Part of the history is that the alley used to be known as Harrow Alley, and joined onto Little Somerset Street a bit further down. At some point in the late 19th century, the alley was annexed by the street, and it’s tenuous link with a far flung village school severed.

The area was however not as genteel as its namesake, having on occasions been nicknamed blood alley for the huge number of butchers in the area. This was a consequence of medieval laws that allowed the City of London to charge for live animals entering the City for butchering.

Thus a thriving trade grew up on the borders of butchers who could gut an animal, and still be close enough to deliver it before it went off in the days before refrigeration. 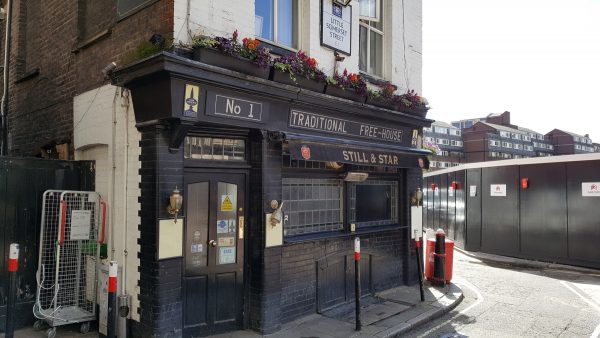 As an ex-alley, it gained some modest fame recently when an attempt to redevelop the site saw protests to save the local pub, the Still & Star – a rare survival of a “slum pub”, that is one converted from housing into a pub instead of being purpose built.

It was designated as a community asset by the City of London and saved in December 2016.

The alley itself has followed its current path since at least the eighteenth century, appearing on Horwood’s London map of 1792, and was mentioned by Daniel Defoe in his Journal of the Plague Year, 1722. 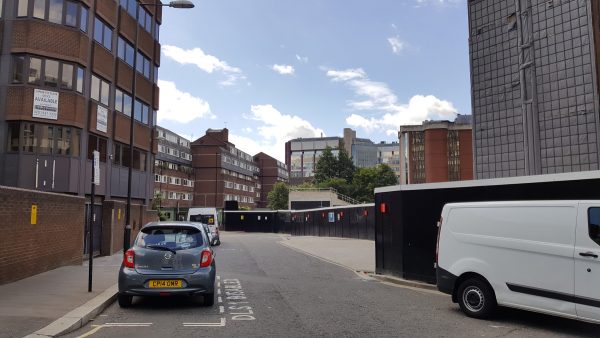 Today it’s well, a rather boring little street frankly. The pub is about the only thing of note around this area that is dominated by fairly bland offices and the backs of cheap shops.