This little Whitechapel alleyway is notorious, for it is one of the murder sites of the infamous Jack the Ripper. 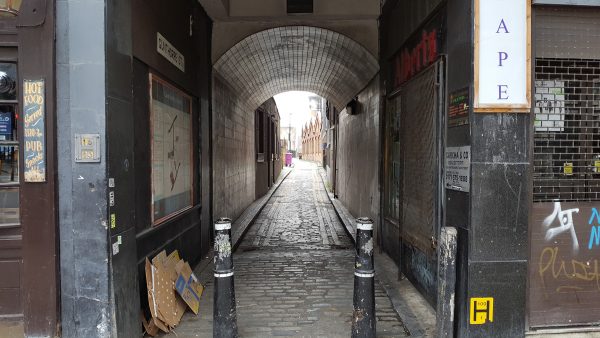 Today it’s a quite delightful alley, in need of a clean, but one that strongly trades on its unfortunate heritage.

A lovely cobbled path leads through a bricked arch which as been decorated with glazed tiles that do a lot to lift the potential gloom. A hand painted map of the local streets makes no mention of dark history, and was created by a local school with help from artists. 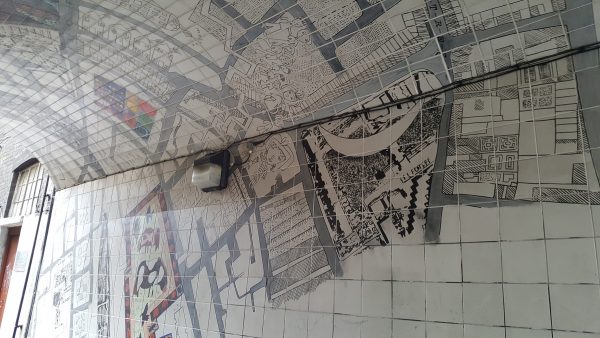 The council seems keen to overlook what it is that most people come here to look at – the murder site of Martha Tabram, who some historians maintain was the first of the victims of Jack the Ripper.

The area was originally known at the time of the murder as George Yard, and at the time it had a mean reputation as a haunt of thieves and prostitutes, and murderers. 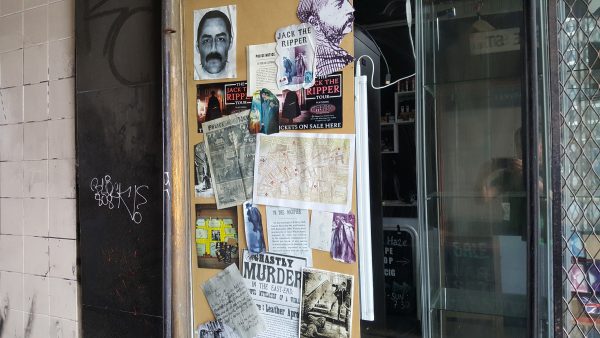 The locals are quite keen to trade on the history of murder, with one side plastered with notices, and even the pub putting up a large sign on the side.

The pub is integral to the history of the case though, as the White Hart is where in 1890 George Chapman, apparently a favoured suspect of Inspector Abberline, is said to have had a barbers shop in the basement. 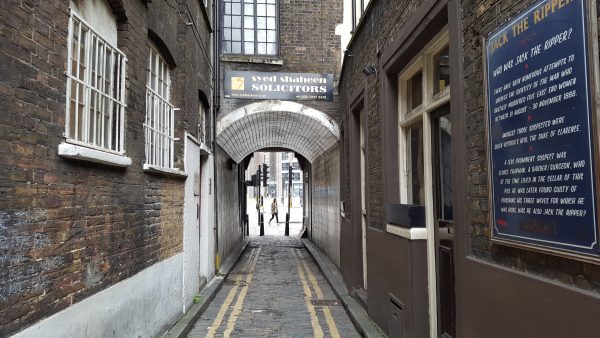 Further along, the alley opens up into a nicely maintained back street with still the old stone setts – the formal name for what most people call cobbles — running right to the end, where it runs up against more modern buildings.

The whole Jack the Ripper saga is itself largely the product of newspaper hype. Sadly, the murders while of a magnitude of depravity that was shocking, that prostitutes were being murdered wasn’t itself that rare an occurrence.

The fairly recent emergence of what we would today call the tabloid newspapers fueled the story, and the Pall Mall Gazette took up the case with gusto, if slightly more moral reasons than the other papers.

If it weren’t for the media frenzy, it’s likely that a cluster of murders in Whitechapel would today be a little known footnote in the history of an area that has plenty of dark stories to choose from.

If you want a rather good look not so much the tale of the attacker, than how society responded, then this Timewatch documentary is rather good. 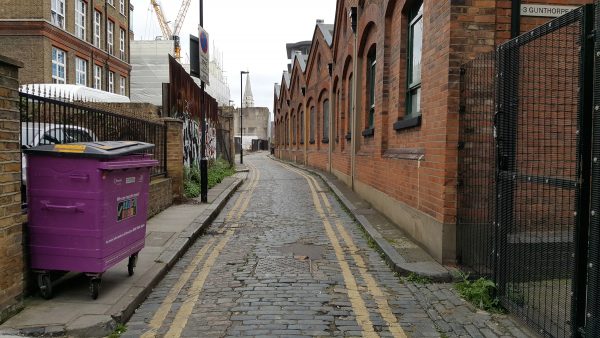 If approaching from the Whitechapel side, do look up to the right side though, at the impressive Star of David, from when this part of London was full of a happier memory of Synagogues and Jews.