Although I was rudely thwarted in my attempt to visit the Foulness Heritage Centre yesterday (and the church next to it), I was slightly compensated by a look around another its sister church which was on my route between Shoeburyness and Foulness Island – the long winded, St Nicholas Church Great Wakering.

This is a Norman era church, built from stone and flint that would seem to my mind to be in very short supply in the marshy flood plain it sits in, so must have been brought in by boat, making it quite an expensive church to have built at the time. 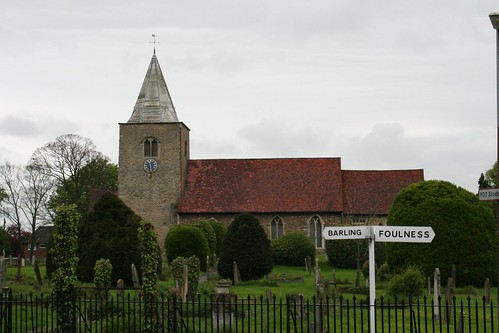 According the church website, the nave and chancel were built around 1100, with the tower added later that century. The upper part of the tower was constructed towards the end of the 12th century.

A Lady chapel was built comparatively recently – in 1843. A stone tablet in the wall notes that the clock is a smidgen over 100 years old, having been installed in 1911 to commemorate the coronation of King George V.

I tend to judge how active a church is by its graveyard. If the burials stop in the Victorian era, then this is a church that is dying, whereas recent burials suggest a thriving local community. This church is slightly unusual in that the obvious graveyard is now managed by the council and is very Victorian, but there is a separate plot of land hidden by a hedge that has being lain out with modern, rather bland in my opinion graves.

Although most of the building is charmingly built of stone, there is a rather ugly looking extension around the back, which I presumed to be the aforementioned Lady Chapel. 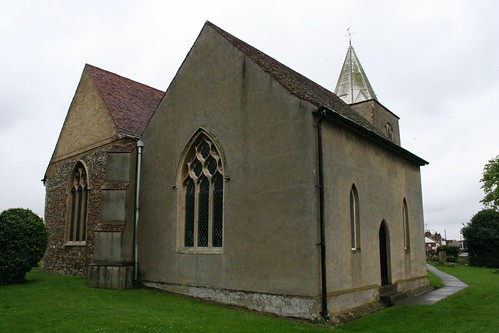 Sadly wasn’t really able to go inside and take photos as the church was in use when I visited. Yes, some village churches do still serve a purpose.

The usual village war memorial dominates the side entrance, although I was rather more taken with the more modest war memorial graves, which I think are deeply moving on a personal basis in the way that community memorials lack. 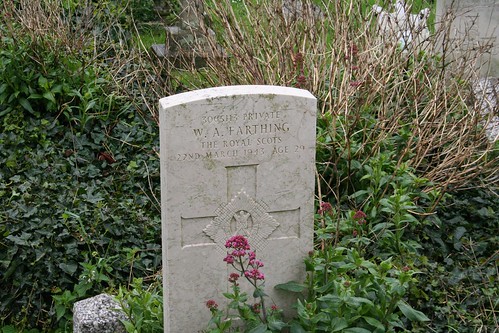 The large stained-glass window behind the Altar; representing Christ’s ascension into Heaven, was installed in 1958 as a memorial to Amy Benewith.

Although I couldn’t get to see it from the inside, I did manage to photograph it from the outside, with one of the interior lights lining up to create a nice effect. 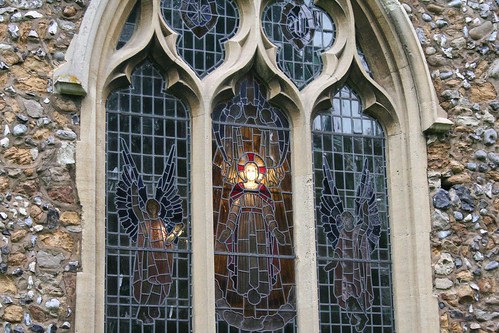 A more detailed history of the Church and its architecture, including some internal photos can be found on the Friends website.