Visit a museum inside the Foulness military firing range

If you fancy visiting a small museum in the middle of a military firing range, then you may want to put some dates into your diary.

Every 4th year, for the past umpteen centuries, a special trial takes place just outside London, and tickets to attend are now on sale.

Overlooking the Thames in Essex are the ruins of an ill-fated castle that was once a royal residence and was later immortalised by John Constable.

If you fancy a cheap trip to Essex, then C2C is offering 1,000 half-price off-peak weekday tickets on c2c trains for travel over the next two weeks.

A day trip to – Colchester

An extension of the London Underground's Central line to reach the town of Harlow is being proposed by the local council, as part of a range of ideas to improve transport links to London as the town is planning to add some 19,000 new homes over the next decade.

Purfleet railway station to be moved and rebuilt

A little railway station currently serving the Essex town of Purfleet is to be moved and renamed as part of a £1 billion housing and regeneration scheme for the area which is to be renamed as Purfleet-on-Thames.

Saffron Walden is an ancient market village that has the remains of a Norman castle, a very large church, lots of old buildings, a great museum, and some old fortifications to see.

Are there plans for a light rail service linking towns in Essex?

According to news reports, there are plans for a DLR style service linking up several parts of Essex.

Lower Thames Crossing gets funding in the budget

A large road tunnel under the Thames to the east of London has been given funding in the 2020 budget.

Day trips from London – Coggeshall: A barn, a church, a manor and a village

A small picture-postcard type village in Essex is home to some remarkable historical buildings, many of which can be visited

A small village in Essex that you probably didn't know existed, yet with an instantly memorable name is also home to a museum - of the making of jam.

Today marks the anniversary of a certain Queen giving a rather famous speech to her troops in Tilbury. But why Tilbury? 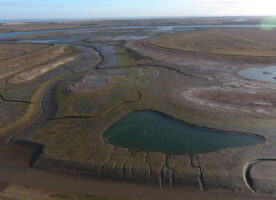 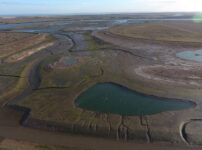 A muddy legacy from the Crossrail project is already seeing record visitors -- of an avian kind. 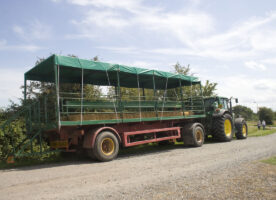 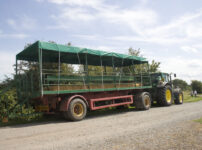 When visiting an island controlled by the military with very strict instructions to stick to one named road, a tour of the island by tractor is not the sort of thing you should expect.

If I told you that the world's oldest wooden church is not in a dusty part of Palestine or Ethiopia, but in the green fields of the UK, you might be surprised. Even more so if I pointed out that it is just outside London. 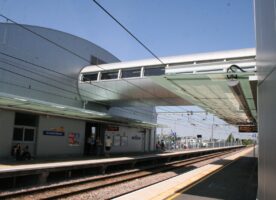 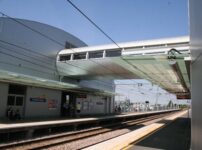 A couple of weeks ago - and a mere eight months later than planned - a new train station was opened to much local fanfare marking the regeneration of one of London's airports, and as a sad train geek (and occasional aircraft geek), I felt compelled to go and have a look.