Discovered whilst excavating the site of Bloomberg’s new HQ, the remains were in a section of the building site which had survived the earlier 1960s clearing of the site. It also happens to be where the new entrance to Bank tube station is being constructed.

Addressed to Mogontius, a Celtic personal name, this is the earliest reference to London

Romans all over the Empire used waxed writing tablets like paper, for note-taking and accounts, for correspondence and for legal documents. Previously only 19 legible tablets were known from London. Of the 405 from Bloomberg, 87 have been deciphered, more than quadrupling that number and providing an incredibly rare and personal insight into the first decades of Roman rule in Britain. 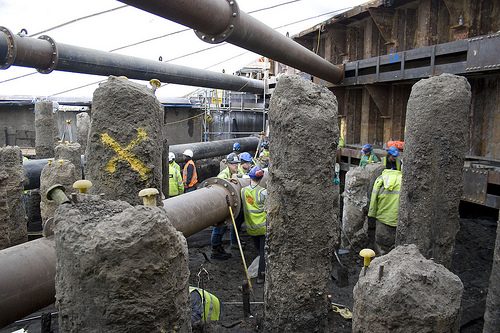 In the words of the people who lived, worked, traded with and administered Roman London, the tablets reveal the names, events, workings and organisation of the new city. One tablet features the earliest ever reference to London, a full 50 years before Tacitus wrote about London in his Annals.

Highlights from the writing tablet collection include:

Made of wood, recesses in the rectangular tablets were originally filled with blackened beeswax, with text inscribed into the wax with styluses. Although the wax hasn’t survived, the writing occasionally went through the wax to mark the wood. As tablets were reused, in some cases several layers of text built up on the tablets, making them particularly challenging to decode. 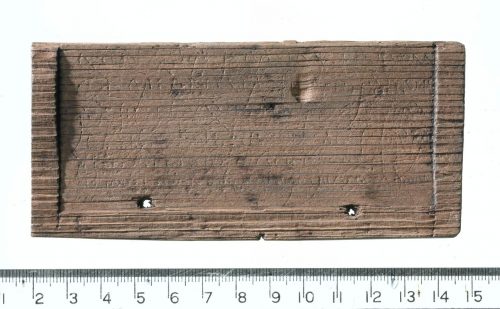 The preservation of the tablets is in itself remarkable, as wood rarely survives when buried in the ground. The wet mud of the Walbrook, a river that dominated the area in the Roman period but is now buried, stopped oxygen from decaying the wooden tablets, preserving them in excellent condition.

Once excavated, the fragile tablets were kept in water before MOLA conservators cleaned them and, using a waxy substance, PEG, which replaced some of the water content, treated them before they were freeze-dried.

The research has been published today in a new research book.

Over 700 artefacts from the Bloomberg excavation will be displayed in a public exhibition space that will sit within the new Bloomberg building, including the earliest-dated writing tablet from Britain.

The London Mithraeum exhibition, which includes the restoration of the Mithas Temple opens in autumn 2017.