London’s newest Pocket Park opened a couple of weeks ago, replacing an ugly road junction that was a legacy of 1960s thinking.

The area now occupied by a park had been a road for a very long time, but in the 1960s clearance, the block including St Botolph’s Church and Aldgate Station was effectively turned into a giant roundabout. Underpasses were added for pedestrians who were now cut off from the station and church by the busy road junction. However, more enlightened thinking today sees little appeal in dank subways, and people had long abandoned them for darting across the road or walking along narrow pavements to get around the junction. 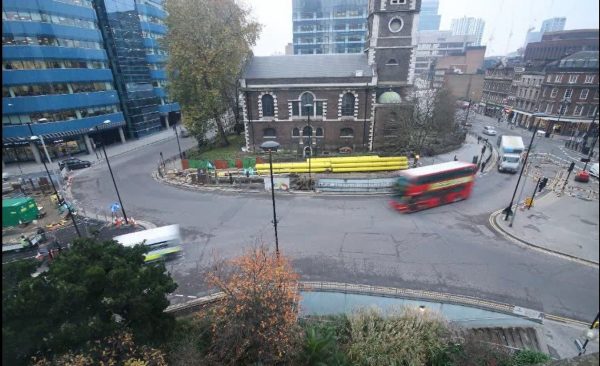 Following a lot of consultations, for shutting off a major road junction is no easy matter, it was agreed to return some side roads into two-way traffic, and turn this 1960s road widening scheme into a park.

It cost £23 million to do the work, which seems a lot for a small park, but considering that much of it was to undo the 1960s damage, may look like a bargain. 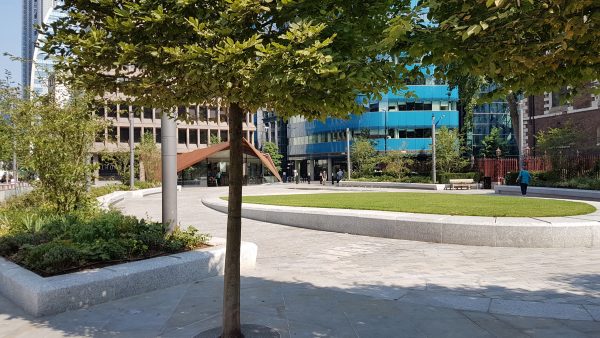 Now that the park is open, it’s mostly paving space, with a currently very fashionable raised grass section in the centre. The elevated section effectively offers considerable seating along the edges without filling the space with wooden benches. 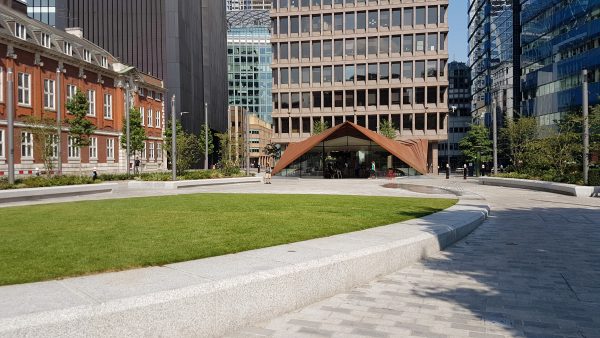 A total of 71 new trees have been planted, and around the edges are more decorative planting with wildflowers. 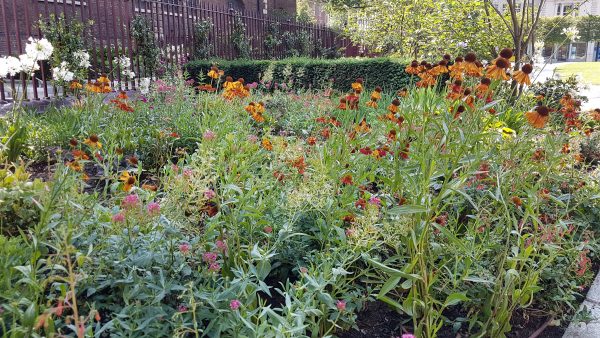 There’s a cafe inside the striking weathering steel building, and the toilets inside are available to the general public. The Portsoken Pavilion was designed by Make Architects, and echoes the City’s visitor centre by St Paul’s Cathedral. Its size is deceptive though, as they’ve made use of one of the old pedestrian subways for the public toilets and back-of-house facilities. These subway tunnels are also used to provide passive heating and cooling, measures topped up with low-energy VRF units. 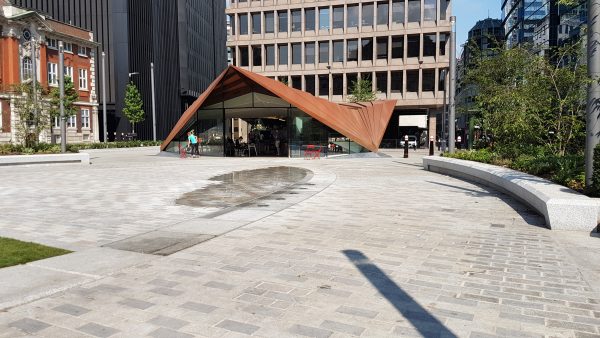 Originally, Aldgate was one of the ancient gates into the City on the Roman Wall. The wall has gone, but this Pocket Park today acts as good as any as a gateway into the City.