This rather small dead-end of an alley is in an area of London that is surprisingly rich in ancient history, but also offers an amazing view of a modern landmark. 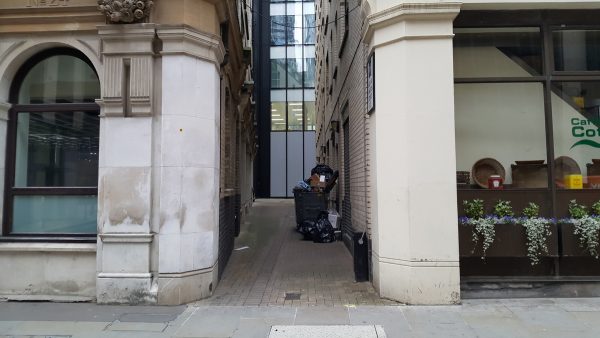 The area around Sugar Bakers Court is likely to have been the very first outpost of Roman London, dating to around 50 AD.

Excavations in 1973 found remains of a large Roman V-shaped ditch which some think was a Roman fortification, although later thinking tends towards a livestock enclosure. Whatever it was, it was, it’s the earliest settlement in the area, predating the rest of London. Finds from the ditch, also located on a site in Fenchurch Street, include a handle from a legionary sword and Claudian pottery.

After the Romans left the area was abandoned until it started to be reoccupied by Alfred the Great in 886. In 1107, this part of London was turned into a huge monastery by Matilda, Queen of Henry I, and over time it grew to become the richest of London’s monastic houses and, in 1532, was the first religious house to be dissolved under Henry VIII.

The King subsequently granted the precinct to Sir Thomas Audley, and his family slowly redeveloped the area until in 1592, the City of London bought the entire site.

You probably won’t be overly surprised from its name to realise that a large number of bakers and confectioners were based here, with shops on the ground floor, and housing above.

By 1873 the area was defined by streets still evident today, including Sugar Bakers Yard (now Sugar Bakers Court). A large section of land behind the alley was turned into a telephone exchange at the start of the 19th century and is now the site of a newly built office block.

As it stands, the alley is a short dead-end, a space left over to let light into the buildings on either side and act as a rubbish store. It’s a rather dispiriting site for a location of such historical importance. 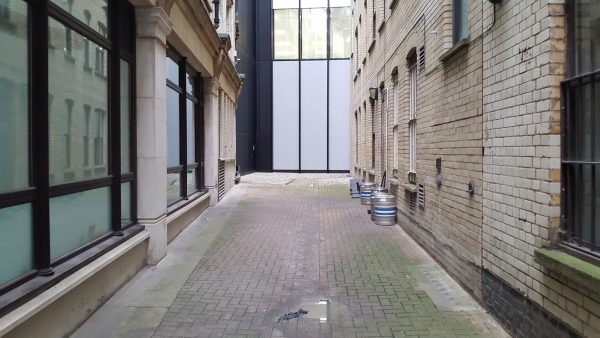 Walking down to the end and spying nothing of any interest whatsoever, turn around and…

What an amazing view. 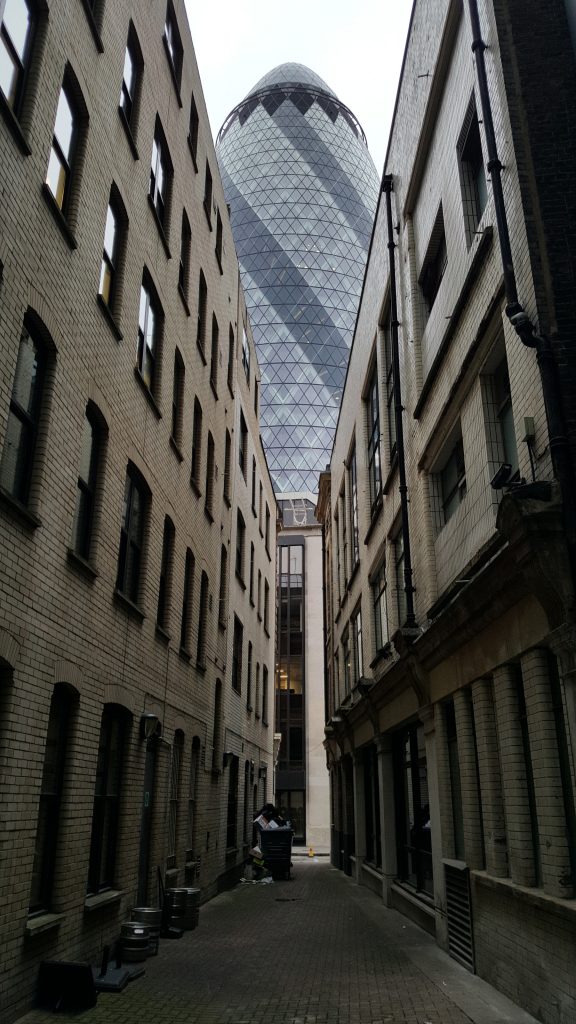 So today, this rather unimpressive little alley should be a mecca for photographers and instagrammers.