In an era of ever more flashy museum displays, step back into an older world, of wooden cases and typewritten signs, to a place where misshapen lumps of stone are the glories to admire.

The minerals gallery within the Natural History Museum looks today as it did when it first opened in 1881, with the original oak display cabinets offering simple sloping glass covers over cloth backed display boards.

The cases are laid out thematically by how the rocks and minerals formed, laid down by eons of sediment, thrust up from deep underground, erupted by violent volcanism, and a few that arrived from outer space. 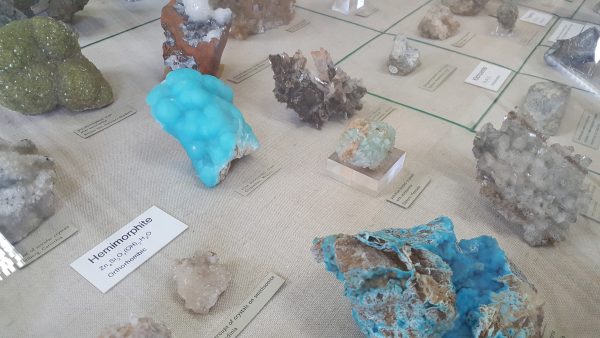 Some look at how mankind makes use of billions of years of planetary activity in shaping its homes and roads, others at the chemical uses the minerals are put to.

A “vault” at the rear of the room hosts some of the most previous objects, more for their rarity than for commercial value, but probably even more valuable for that. 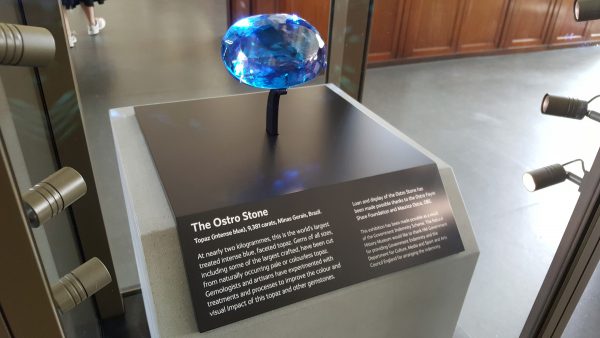 It’s a vast gallery, and can be a bit overwhelming if you felt the need to peer into every single case on display, so it’s probably one for dipping into over the years on semi-regular visits.

You’ll have to hang around for a long time to match the specimens though, they span some 4.5 billion years of earth’s history.

One of the other “benefits” of the gallery as was once told to me by another visitor is that most of the displays are out of reach of the very young — so the room is devoid of very small children.

If you have a small stone-mad child, you may disagree.

Superheroes visiting the museum should also avoid the Jadarite stone – as its chemical formula sodium lithium boron silicate hydroxide is almost the same as that given for kryptonite in the film Superman Returns. 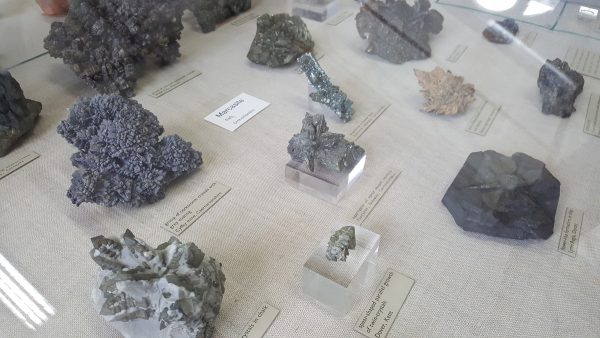 The Minerals Gallery in the Natural History Museum is on the upper floor just above the main Cromwell road entrance. 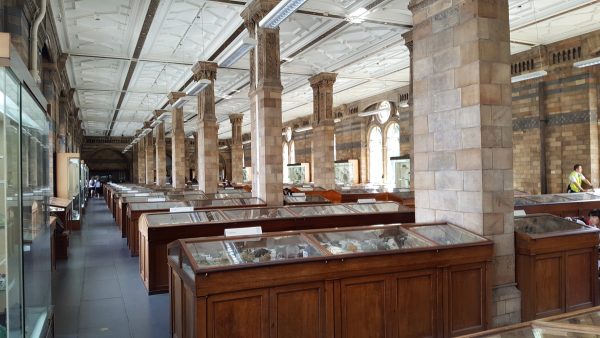