After hurtling through the atmosphere, its outer skin burnt and charred by superheated plasma, a spacecraft has arrived at the Science Museum. 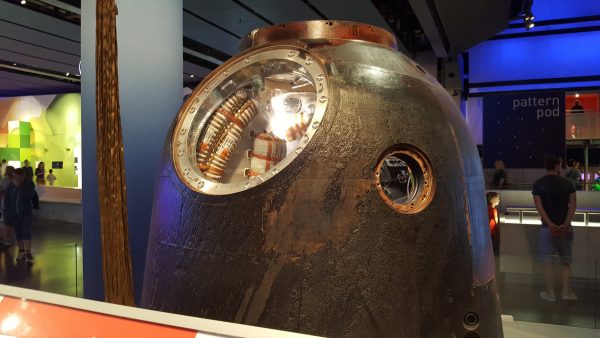 This is in fact a Soyuz TMA-19M descent module, used by the British astronaut, Major Tim Peake to return to Earth following six months onboard the International Space Station. The 2-metre high vehicle is currently on display at the Science Museum and is the first flown, manned spacecraft in the UK’s national space technology collection.

The chance for the museum to acquire the spacecraft was almost an accident, as the Museum’s director, Ian Blatchford just made a casual enquiry as to whether it was for sale, and was surprised to be told the museum could buy it. 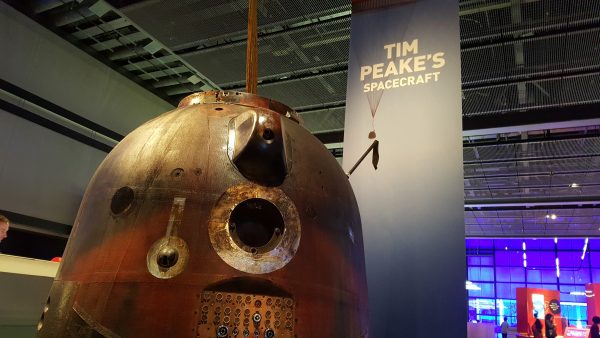 The rather basic looking industrial lump of blackened metal is a good reminder of just how far we are from the Star Trek vision of the future. Getting around is still a case of being put into a metal box and dropped overboard from the space station and plummeting through the atmosphere. 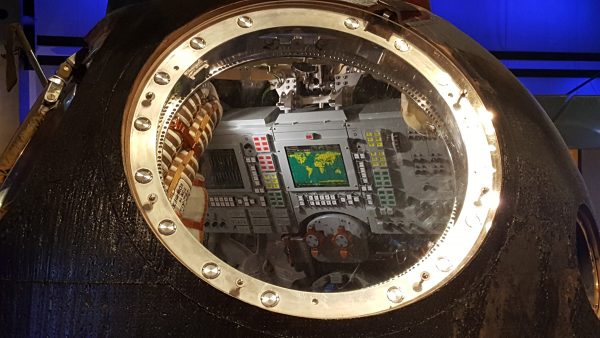 It’s more of a miracle that it works, and that no one has yet been filmed vomiting violently on landing — although interviews have suggested a few astronauts came close.

Incidentally, contrary to common thought, the super-hot gasses that surround the reentry vehicle are not caused by friction, but by compression, as the air in front of the spacecraft is crushed under the impact of the fast-moving vehicle. 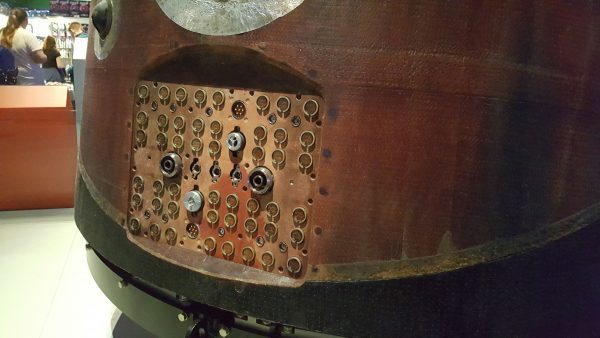 You’ll want to get along to the Science Museum soon though, as it looks like it’ll be moving to Bradford next month. 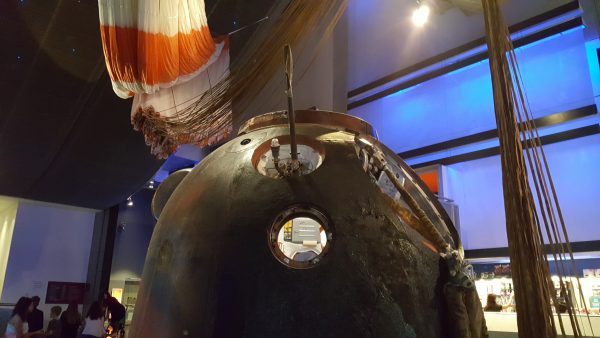