About the Brunel Museum

A museum devoted to one of the world's great engineering dynasties, the Brunel family.

The museum is in two halves, with one section in an old steam pumping house, and the other hidden underground in the original shaft dug by Brunel for the world's first underwater tunnel.

Regular talks, evening events on the roof, and on occasions, tours through the tunnels.

Brunel Museum gets approval to expand the museum

The Brunel Museum in Rotherhithe has been granted planning permission to expand the museum site with a new pavilion that will link its two existing buildings into one larger site.

Rotherhithe’s Brunel Museum has announced that it’s turning a riverside terrace next to the museum into an outdoor cafe.

Take in a virtual tour of the Brunel Museum

While it’s closed, the Brunel Museum has released four digitised tours of the great shaft that used to take people down to the railway beneath.

The Brunel Museum is reopening its open-air cocktail garden built on top of Brunel’s original tunnel shaft in Rotherhithe from next Friday.

The Brunel Museum, situated above Brunel’s famous under-river tunnel has announced plans for a major expansion and revamp of the buildings.

Plans to make entry to an underground chamber in Rotherhithe moved a step closer following the unveiling of the design of the new staircase that will sit inside the space.

A rare confluence of events lead to a remarkable opportunity this weekend as 4,000 people were able to walk through the world’s first underwater tunnel.

A chance to walk through the Thames Railway Tunnel

This coming May Bank Holiday will offer an exceptionally rare opportunity to walk through Brunel’s original tunnel under the Thames. 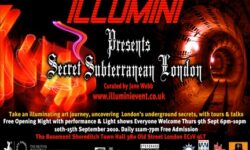 Fancy a week (well, almost) of events about the mysteries that lurk unseen under the streets of London? Sadly, mainly limited to talking about what is down there rather than actually visiting the places, the talks will still be of… 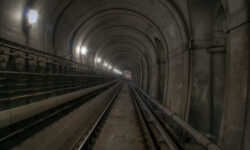 Yesterday, along with several hundred other equally excited people during the day, I finally got a chance to walk along a bit of train tunnel – yes the famous Brunel Thames Tunnel 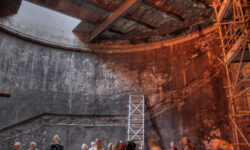