From the outside, this looks like a mock-barn style church building, rather ordinary frankly, but take a look inside for some concrete wow factor. 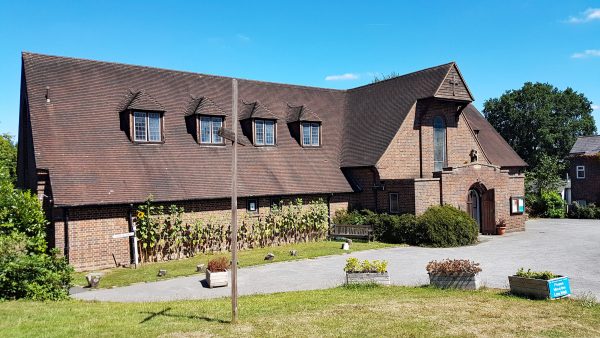 This is the church of St Richard’s in Hayward’s Heath, and despite its barn-like exterior, it’s built almost entirely of reinforced concrete.

A church was built nearby as a “tin tabernacle” in 1897, but it wasn’t until 1937 that the current church building was commissioned, following an extended fundraising campaign.

The architect was Keir Hett, who did a lot of work in the area in the early 1900s, but this church is totally unlike anything he did elsewhere.

If it looks faintly Scandawegian in design, then you’re not alone in thinking that, as the unusual architectural style of St Richard’s has been described as having elements of Art Deco and the Scandinavian style in it.

The varied stepped roof arches are very reminiscent of the famous interior of Iceland’s Hallgrímskirkja and create an almost theatrical layering of the building when you stand towards the rear. Even the small stained glass windows seem set deep within small recesses as if to protect from the biting cold outside.

Considering the rustic appearance of the exterior, it’s a marvellous transition from the outer world to the heavenly residence of saints within.

The tall crucifix on the wall above the altar shows the figure carved in black wood on a copper cross, and the work of Jack Trowbridge.

Saint Richard was the Bishop of Chichester, and is today the patron saint of Sussex, so the church in Haywards Heath, in Sussex is appropriate. Since 2007, his translated saint’s day, 16 June, has been celebrated as Sussex Day. 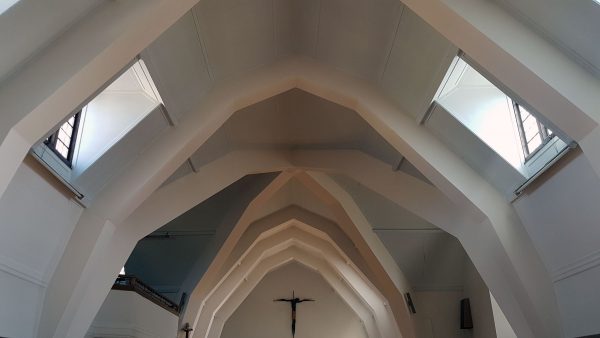 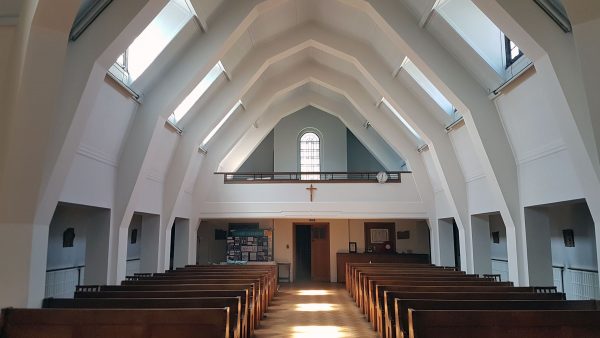 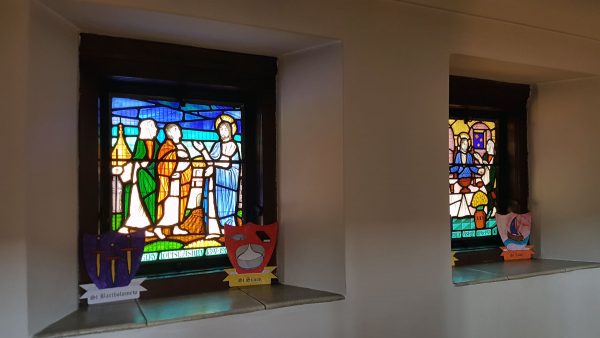 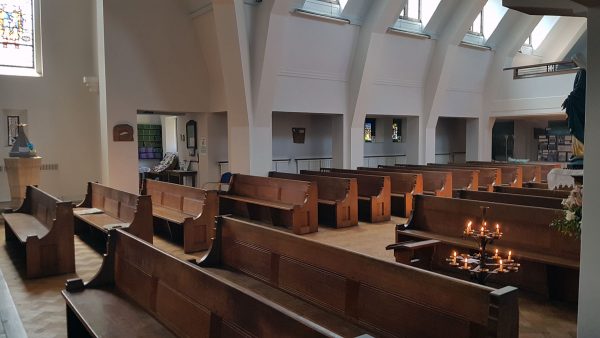