Down an unmarked gravel path behind a parish church in a small village in the countryside, can be found a nuclear bunker.

It was not built to offer shelter to the local parishioners, but to observe the devastation as it took place, and report back to HQ what had happened as the bombs fell.

Just three volunteers could fit into this cramped underground bunker, with a chemical toilet and two bunk beds where they would watch the end of the world.

This was the Cuckfield Royal Observer Corps post, one of over 1,500 that were built in the late 1950s/60s to watch the nuclear holocaust should it happen. Once a secret, it is now occasionally open to the public to climb down inside and see the cramped space that would have offered the observers shelter from the nuclear holocaust above.

The Royal Observer Corps can date its origins to the first world war when people were trained to look out for Zeppelin airships on early bombing raids over England. They were massively expanded though during WW2, and would stand watch on high points and buildings for enemy planes, reporting to local command centres what they saw so that the anti-aircraft guns could be activated.

They should have been made redundant after WW2 as both the arrival of jet aircraft that fly too fast for visual identification to be of much use, and the expansion of radar rendering lots of observers pointless.

But then came the Cold War – and while the Observers couldn’t assist in preventing the nuclear holocaust, they could assist in the aftermath.

Whatever scraps of government survived the attack would need to know where to focus its efforts, and what parts of the country to write off as unsalvageable.

So observation bunkers were built — all across the country, all 1,563 of them.

They operated right up to 1991, when it was decided that both the risk of nuclear attack receded, and there were other ways of monitoring such a situation should it occur anyway.

Many of the bunkers are today derelict, flooded, or vandalised, but a handful have been restored, and one can be found in the picturesque village of Cuckfield, not far from Haywards Heath.

It’s not an easy bunker to find, which is to its benefit as that stops random passers by doing random bad things to it, but if you do find the gravel path, on a few days of the year a small sign will point you towards the bunker.

Here in a remote field is a fenced off area, still owned by the local parish, and a small patch of military power can be found. A couple of members of Sub Brit, Mark and Ed look after it and open it for visitors. 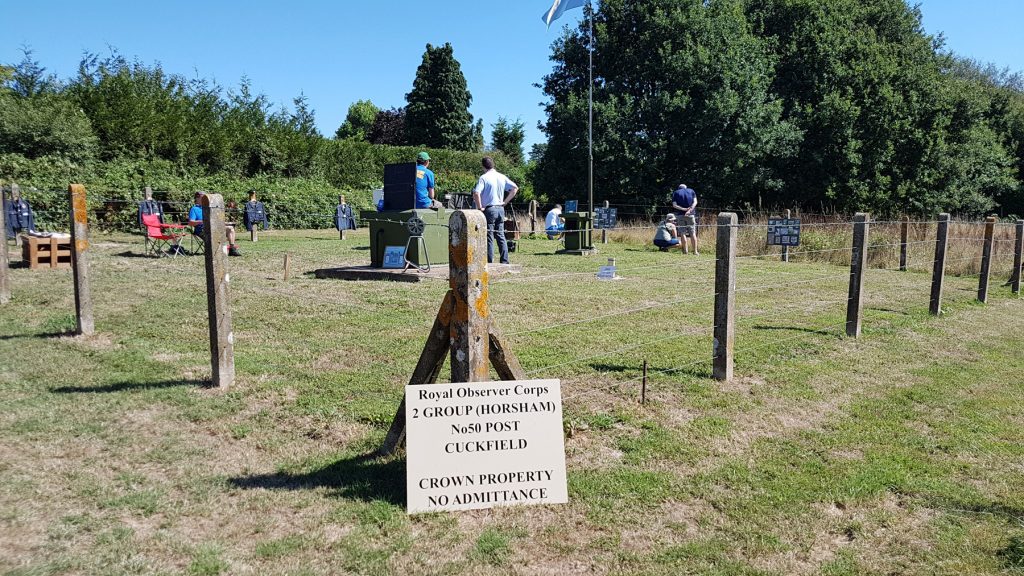 They took over in 2010 after finding it in pretty decent condition, although as with all the bunkers it had been stripped of all its fittings. So what you see is what they’ve bought themselves and put back in the bunker, restoring it to how it would have looked in the 1980s.

It’s cramped down below, so take time to look at the displays above ground, of the uniforms, and the replica of the WW2 era observation post that once stood on the same site.

That was an elevated concrete platform to give them a good view of the landscape, but with the cold war, it was far safer to hide underground instead.

Above ground the only signs that there’s a bunker beneath your feet are the raised manhole cover, and a few odd looking objects. They are pressure and radiation detectors, and a white drum by the manhole cover is a pinhole camera that would have recorded the direction of the flash of a nuclear strike destroying a nearby town.

If the nuclear attack used multiple bombs, then someone had to pop their head above ground and swap the photographic paper in the camera for the next wave of attacks, which gives you an indication of just how brave the observers corp had to be.

Once there’s enough space down below, you’re invited to climb down the same metal ladder used for decades by volunteers training for the unthinkable. Down here, it’s just one room, with a small block to one side for a chemical toilet.

Two bunk beds for three people — as someone would always be awake and a host of military instructions and observation books.

The telecoms kit is marked with the post-privatisation British Telecom logos, reminding us that this was in operation until fairly recently. It’s not some dusty relic of the distant past, but living history.

Some of the things piled up seem amusing, tinned food with dubious flavours being the staple they would have had to live on until the all clear was given. Tinned processed cheese, curried chicken, tinned rice — sounds like an American dinner.

A newspaper from 1991 when the bunker was decommissioned still shows how tense relations with Russia were even then.

Everything is functional down here, none of the comforts of home — instructions, equipment, food, jerry cans of water, all placed here simply to keep a three humans alive for a few days to watch and observe as everything else is blasted away. It’s a tiny cramped space, very claustrophobic, and probably worse if knowing that to go above ground would be to risk death from radiation poisoning. There would be no escape from this concrete bunker, for a while at least. And then to go back above ground, to try and repair what little is left of civilization.

What would it have been like to be down here, knowing that above ground, friends and families were being wiped out by the awful power of the nuclear war? Fortunately, we never needed to find out.

Visit the bunker, feel the closeness of the space, the tight tunnel up to the surface. Respect the thousands of volunteers who offered to spend their last days watching as their world end in a nuclear fire.

Visits are free, with donations appreciated. This was their last open day of 2018, and it’s best to keep an eye on their website for their 2019 open days.

If you visit, also take a walk around to Queen’s Hall, and at the back, just visible from the road, a rare survivor on the roof of an air-raid, later 4-minute warning siren. 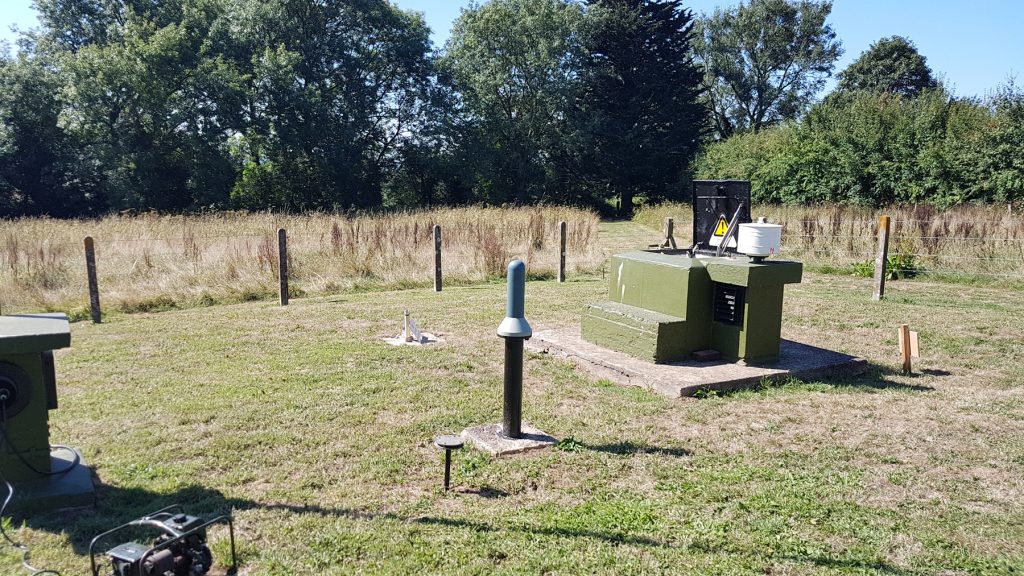 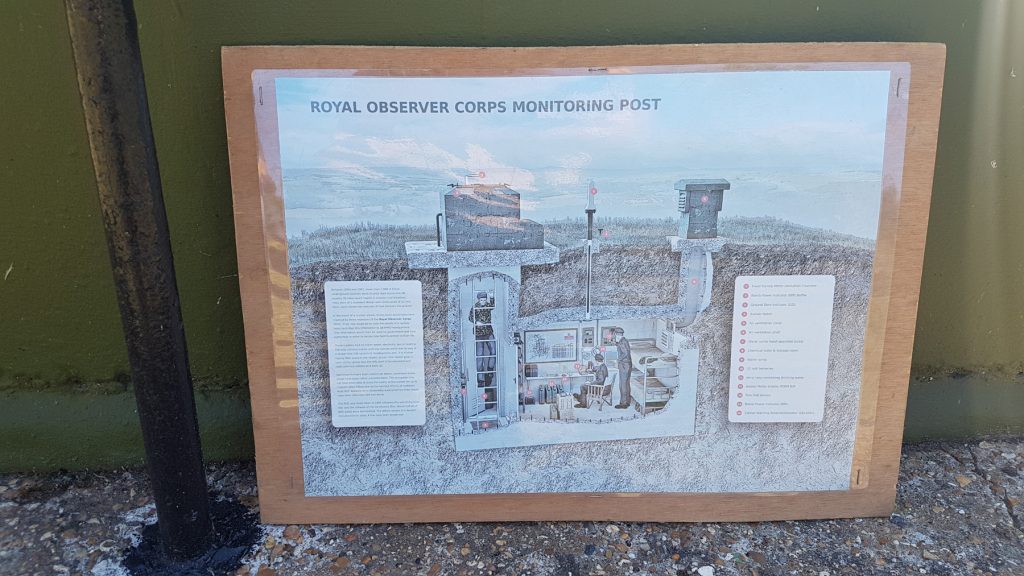 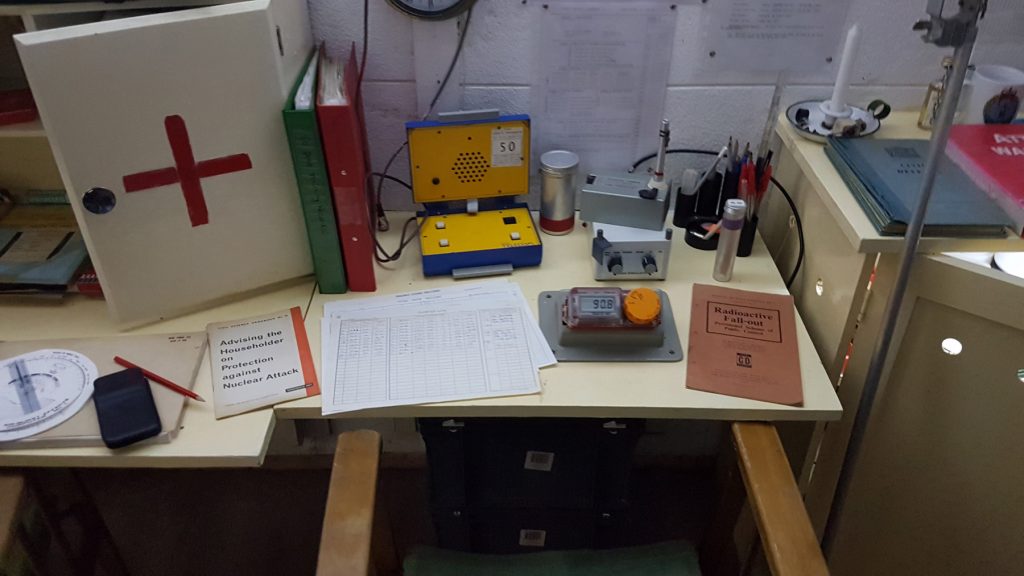 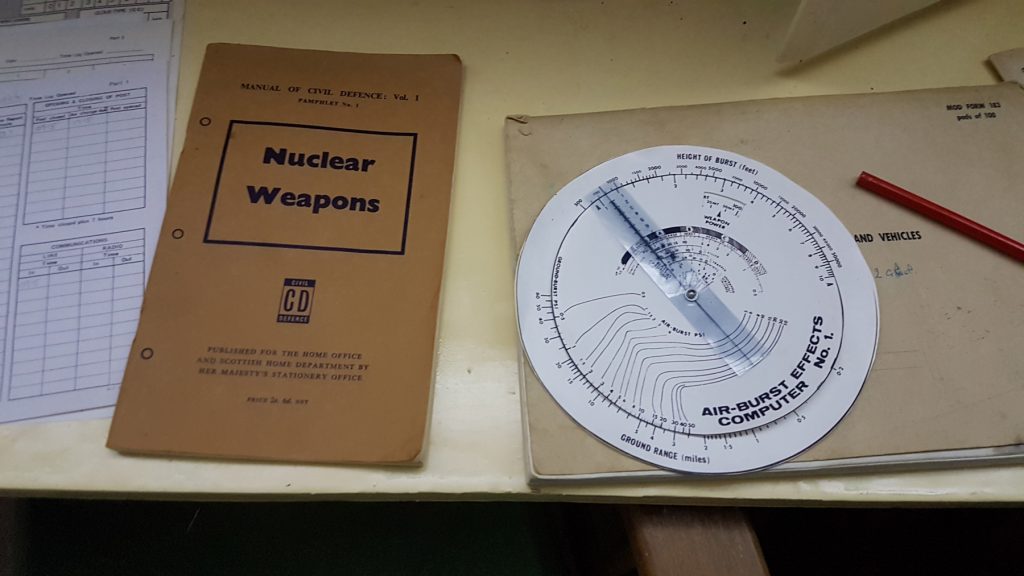 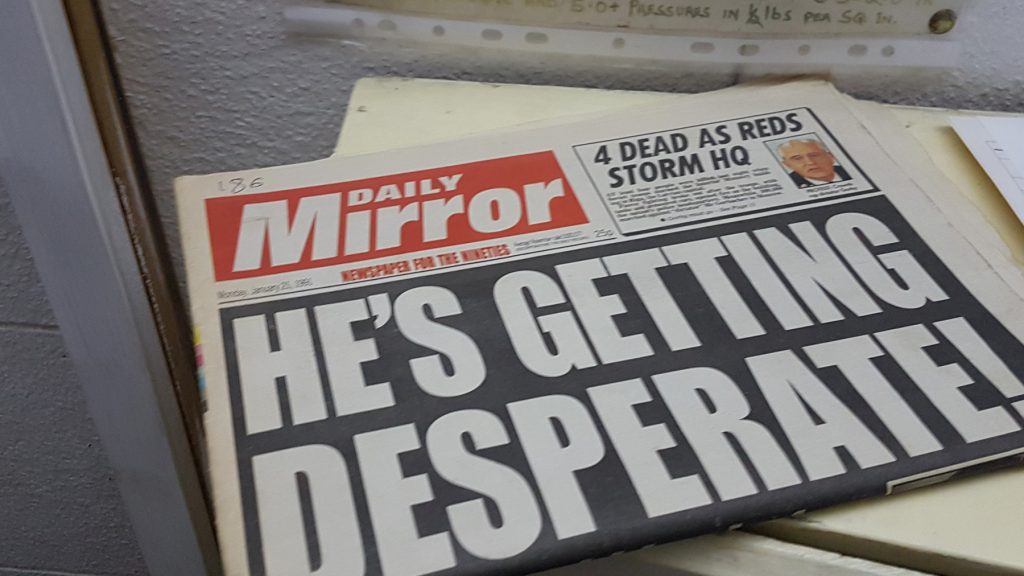 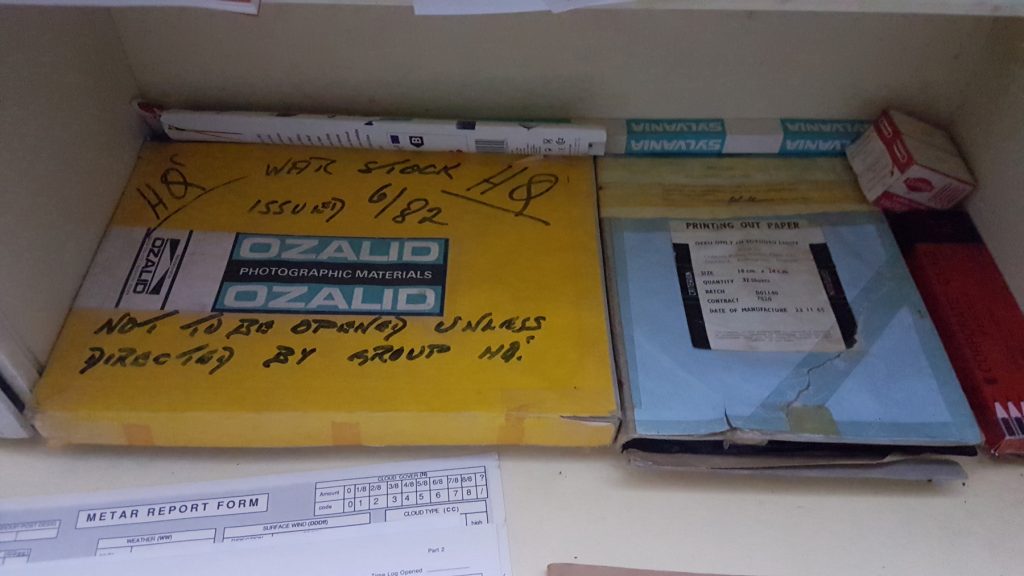 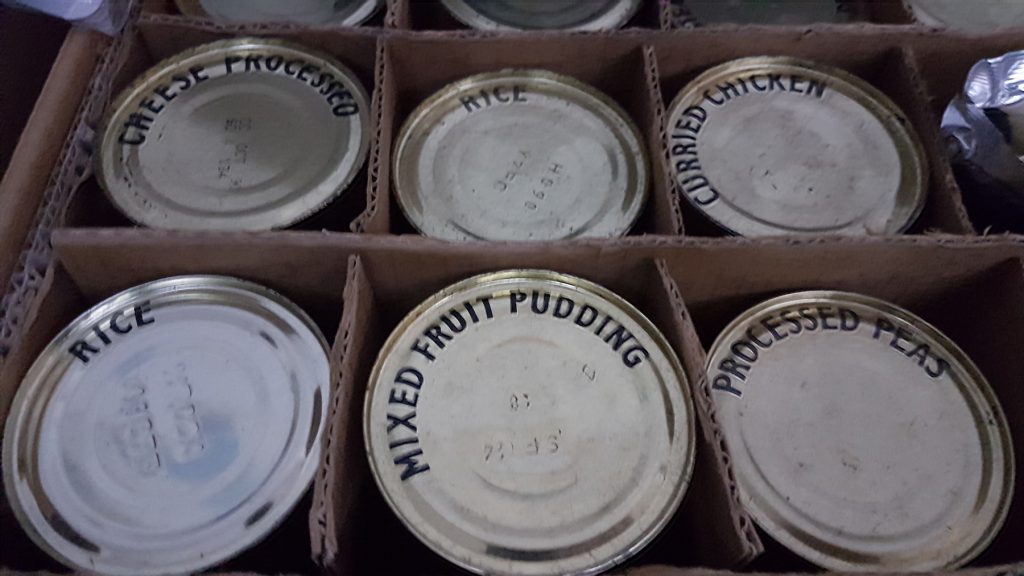 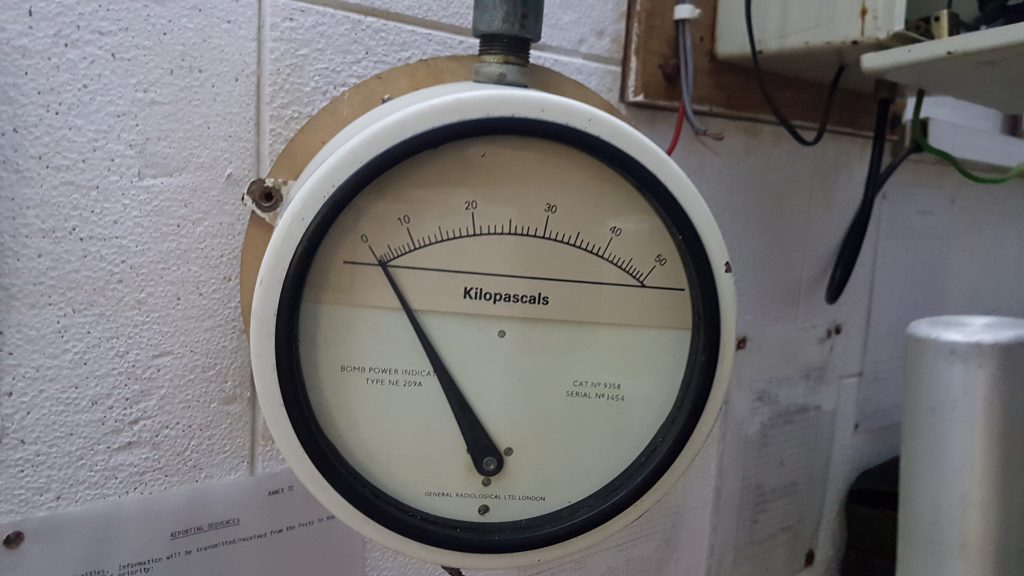 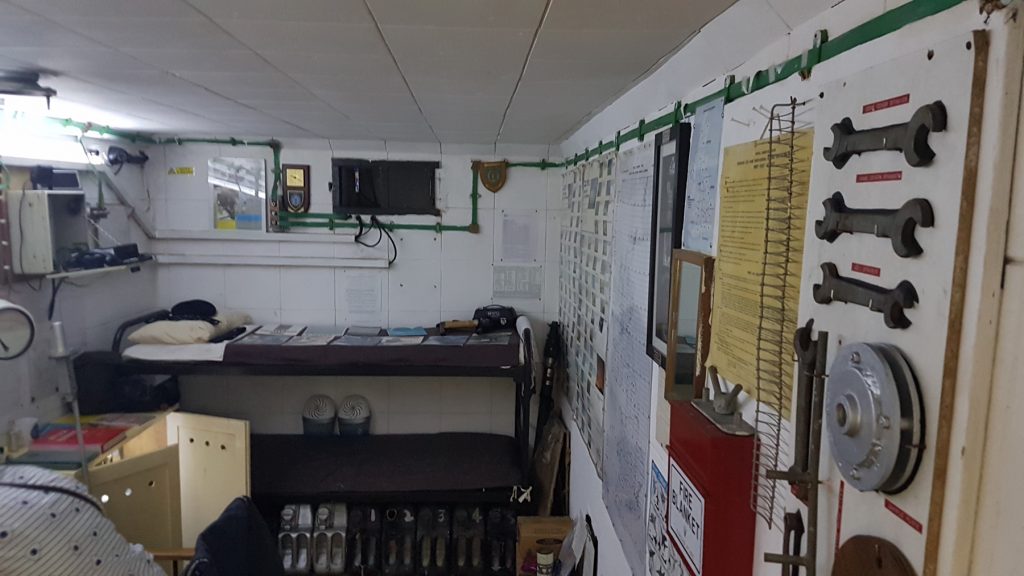 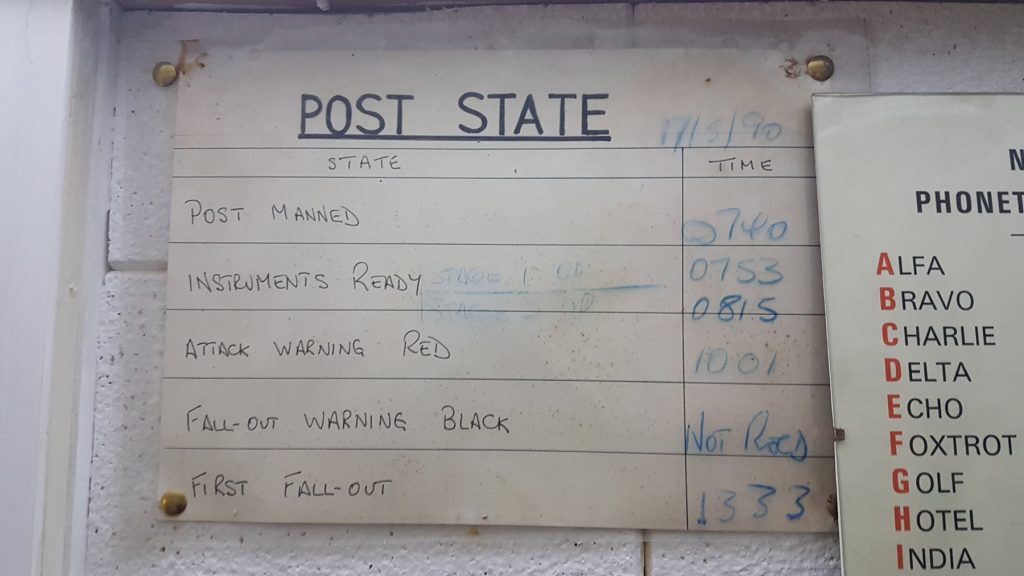 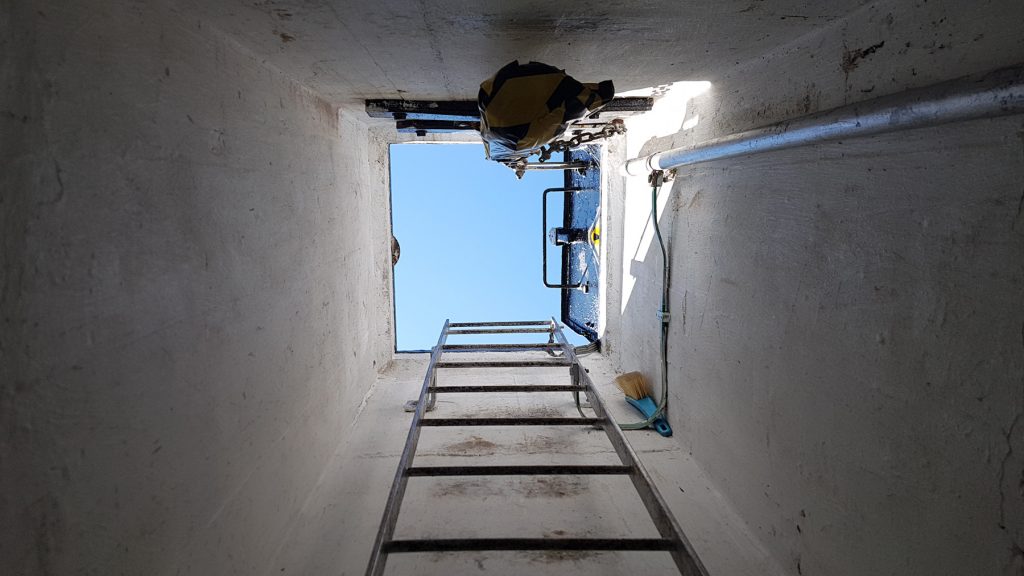 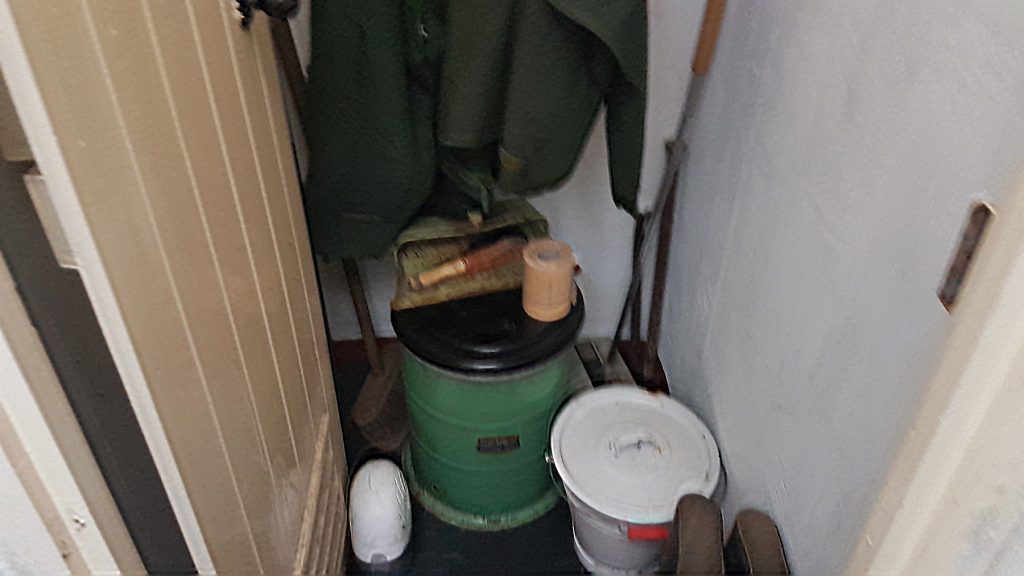 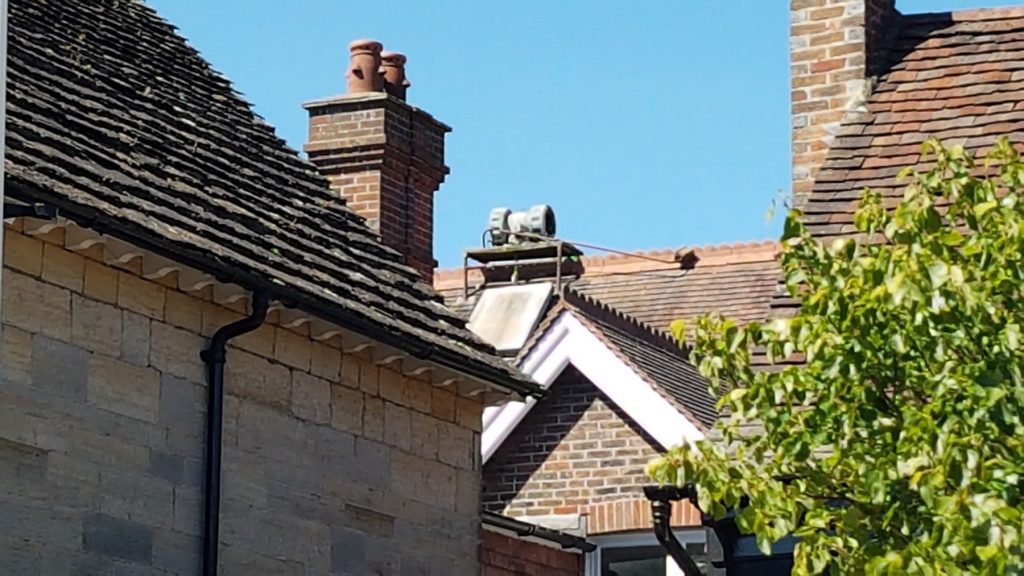