There’s a part of England’s green and pleasant land that’s rich in ancient stone works, and at one place, you can find a pub inside a giant stone circle.

This is Avebury, home to the world’s largest stone circle.

The best way to start a visit to Avebury is not to go to Avebury. Which sounds odd, but there’s a long avenue of stones leading to the circle, and it’s better to start by parking in a small lay-by on the B4003 and have a preview of what’s to come. 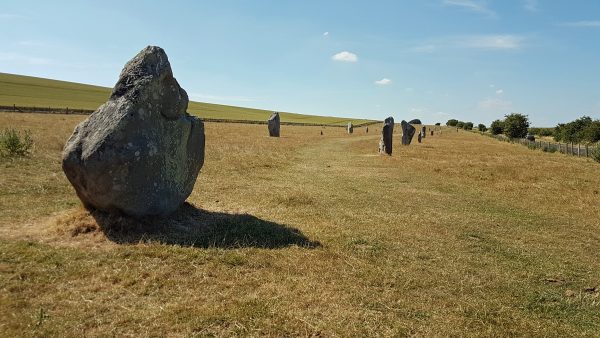 One our visit, a woman was slowly walking along the avenue, arms outstretched in that “communing with the spirits” sort of way, but otherwise the avenue was totally empty.

It’s a space to contemplate the stones in their unnatural line heading up and over the hill. To ancient man it must have been an awesome sight, and no less to modern man, and a welcome one to know that they were close to their destination just out of sight.

A stone aperitif to the main action to come.

We spent time admiring the view, the stones, soaking up the emptiness of the landscape. It was only later when at home that I realised one of the stones was smiling back at us. 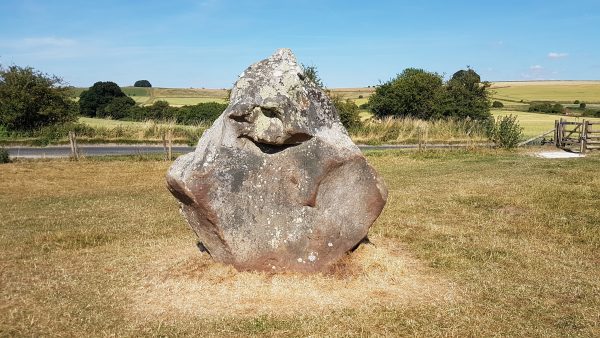 Head towards Avebury, and there’s a National Trust car park near the cricket ground, with a pathway to the stones themselves.

Avebury henge and stone circles are managed by The National Trust on behalf of English Heritage, and the two organisations share the cost of managing and maintaining the property.

The stone circle is in a way both ancient and modern. The earthworks, with the deep ditch and high wall, are probably around 5,000 years old, and the stones added over the next thousand or so years.

Yet what you see today is also modern.

Until the 19th century, the stone circle was little known outside local lore, and thanks to puritan efforts, much was destroyed in part due to anti-pagan radicalism, and in part for the practical desire to have stone for building houses with.

Fortunately, the wealthy politician and archaeologist Sir John Lubbock bought much of the available land in the area and discouraged house building within the circle, and later, the even richer archaeologist Alexander Keiller managed to buy the entire site and conserve it.

It was Keller who in the 1930s restored Avebury to what we see today, re-erecting fallen stones, and in some places, uncovering stones that had been buried by 14th century Christians.

Today what we see at Avebury is the result of something that happened a mere 90 years ago.

Fortunately, it’s also pretty decent archaeology, with stones put back where they originated from, and a number of concrete posts in the ground to show where they know there were stones in the past, but are now lost, or probably shattered into the walls of local houses.

They might also make up the walls of Avebury’s other famous landmark – the pub, which is the only one in the world inside a stone circle. A legacy of pre 19th-century thinking when the stones were seen as a building material than an ancient relic to be preserved intact. 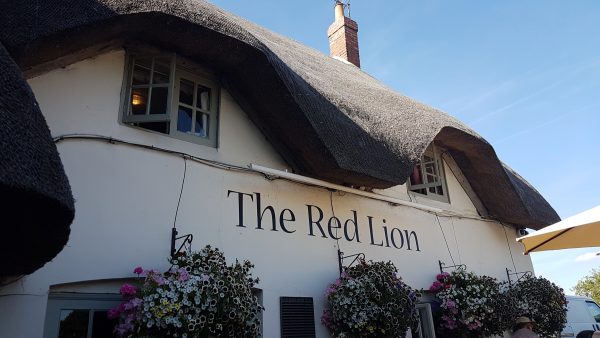 One of the great joys of Avebury is that despite its fame, it’s far less famous than Stonehenge, and hence an awful lot quieter. It’s also freely accessible to wander around the inside of the stones, go up to them, touch and caress them. Indeed, with a decent chunk of the village and the main road running through the middle, it would be very difficult to seal the stones off from visitors. 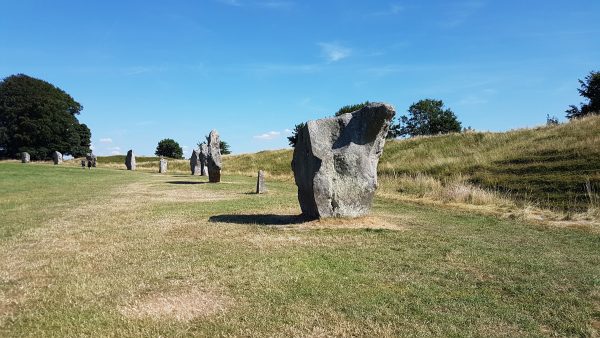 The high earthen bank that runs around gives a good view across the circles, and on hot days, a solitary tree offers much-needed shade. 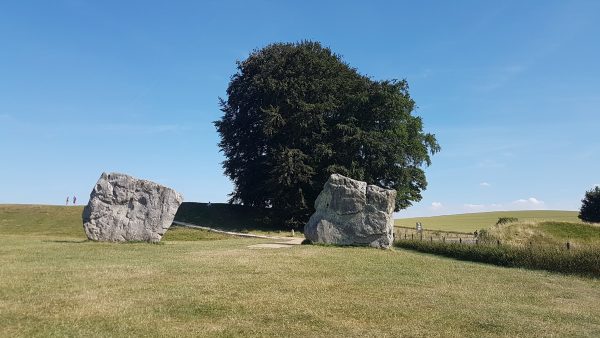 There’s little in the way of interpretive signs, you are left to absorb the grandeur of the stones for yourself and make up your own mind about them. 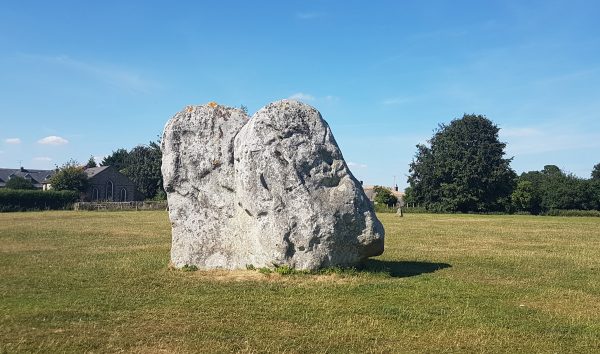 One of the nice things is that you can do it however you want. No formal tours. Turn up, wander around, take in some stones, visit the weird new-age shop, visit the museum, have a pint, go back to the stones, wander around. Do it your way. 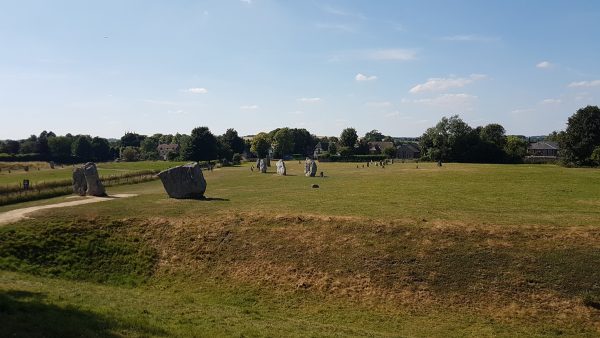 Of course, the mystery is why is it here at all. Digging the huge ditch and then piling the soil up to form the henge around the circle would have been a massive effort in itself, then to move the massive stones and place them here.

Many theories, ranging from decent archaeological to space aliens have been suggested over the centuries.

In a way though, it doesn’t really matter.

We can all come to Avebury, be awed by the stones, their magnificence and antiquity, to be amazed at the effort taken to build them and to relax in the sublime landscape.

We can all bring our own genius loci to the site and take away our own individual interpretations of the circle, knowing that for each of us, the stones are a very personal experience.

That’s the magic in the stone circle.