This barely noticeable crack in the tall buildings on Soho’s Wardour Street is Tyler’s Court, home to werewolves and vampires. 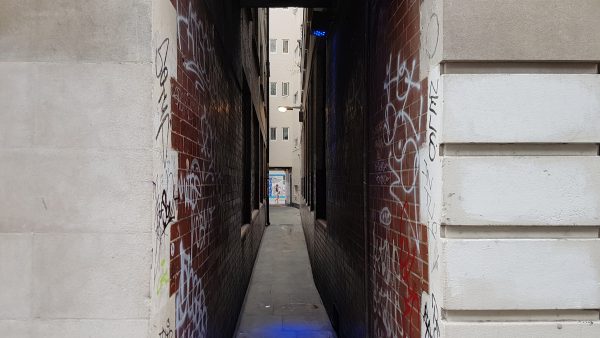 The name of the alley probably derives from the use given to the land in the area at times, namely excavating for making bricks and roof tiles. Nearby a plot of land was rented to Richard Tyler in 1682, when all around here was fields, and Soho was less about sex and more the (dubious provenance) hunting sound made by the King. It’s he who laid out most of the streets in the area, using the bricks made from soil excavated locally.

Today, this narrow alley is pretty much all that remains of his legacy. 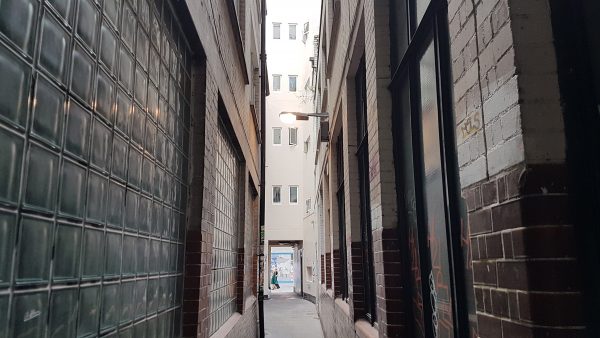 Although very narrow at the Wardour Street end, it widens at the far end, but despite its narrow appearance, it’s evidently heavily used. For why else would there be so many bill stickers down here if no one is around to see them.

So rich is the posters and graffiti that it almost feels like a part of Shoreditch than Soho. That’s aided by the use of coloured downlights in places which constantly shift the appearance of the alley from reds to greens. 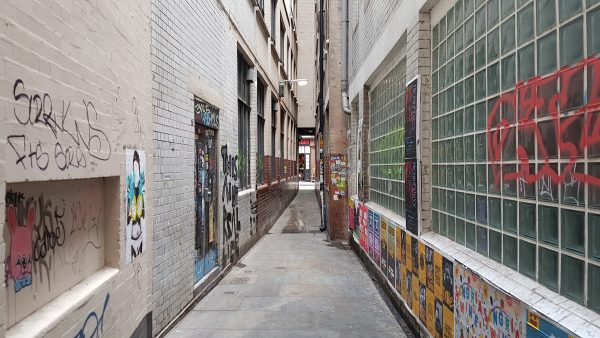 To the north side is Hammer House of this alley, home to werewolves and vampires.

Hammer Film productions moved into the building in 1949 when it was rechristened “Hammer House” and they rose to fame in the 1950’s with a string of classic Horror Films including The Curse of Frankenstein, Dracula and The Mummy.

They’ve long since left, but their heritage is retained, as a current occupant is Lookout Point, an independent drama production company whose credits include Ripper Street and The Living and the Dead.