Invisible to the casual observer, dotted around London lie several plots of land that belong to the Duchy of Lancaster, an ancient property owning trust that can be trace its existence as far back as 1265.

The estate was formed when Henry III granted to his younger son, Edmund, lands forfeited by Simon de Montfort, Earl of Leicester. In 1351, the holder if the estate, Edmund’s grandson, was created Duke of Lancaster – from which the Duchy then gained its name.

The holdings of the Duchy cover approximately 18,200 hectares of land in England and Wales. Lands and properties are administered in five separate units known as Surveys. Although it holds large chunks of land around the country, as with many landed estates, its greatest wealth comes from a few small pockets of land in London.

There are some properties in North London, an estate in South London, and most valuable of all, they own a chuck of the lands around the Savoy Hotel in central London.

The Lancastrian inheritance was always held separate from the other possessions of the Crown, which also preserved it from being surrendered with the Crown Estates in 1760. Also, like many issues affecting The Crown, although the Duchy is the property of the Monarch, it is managed by a government politician, who gets the unpaid title of Chancellor of the Duchy of Lancaster.

Bounded by the Strand and the Embankment (but not including the Savoy Hotel), the buildings are let mainly as shops and offices. The Duchy of Lancaster Office is located on the Savoy lands, as it has been for many centuries.

One of the more interesting properties within the Savoy Estate is the appropriately named Savoy Chapel – a rather lovely remnant of a much larger religious complex of buildings. The Chapel is also a Royal Peculiar and under the direct control of The Queen, which is appropriate as she owns the land it sits on.

North of London, a few cottages and a number of ground rents at Cockfosters and Hadley Wood remain from the Duchy’s earlier ownership of Enfield Chase.

Enfield Chase was a large wooded area used as a royal deer park and hunting ground. It was enclosed according to an Act of 1777, when it comprised 8,349 acres. This land was divided between the king, the hunting lodges, local manors and local parishes. 3,219 acres were allocated to the Duchy of Lancaster who was empowered to sell on up to 250 acres.

Although I don’t know the addresses of the properties still owned by the Duchy, I was given the street names, and in the absence of checking every single building’s ownership details took a wander around having a look for anything obviously Duchy in the area.

A modestly fast train up to Hadley Wood train station, which despite being inside London’s travel zones, positively screams ruralshire, complete with snow covered stairs. This was to be a trip where I was pleased I had worn my hiking boots. 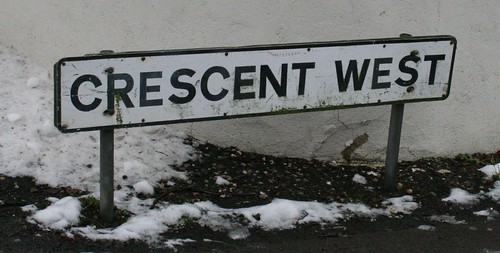 First up is Crescent West, a curving road that launches with a row of 60s style shopping and flats that sits incongruously with the rest of the area which has a look of much older buildings. One side of Crescent West is higher and made even more so by having tall expensive houses which look down, literally as well as metaphorically on the cheaper bungalows opposite.

I suspect planning permission for taller houses would be blocked, as such a building would block the expensive houses fine views over the top to the fields beyond. 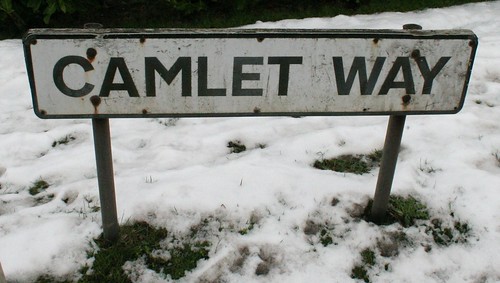 This was a road with paths covered in snow and lined with houses that oozed privacy and security to anyone walking past. In fact, there is either a mass crime wave going in this part of town, or the residents are paranoid, for in addition to gates and high walls, most of the houses had this sign dotted on them. That one security firm seemed to have monopolised the entire area.

To offset the depression of the paranoia, a rather charming little church sits on the corner offering to protect the soul as profoundly as the security firm protects the parishioner’s possessions.

The road sign was the only hint of Duchy inheritance in the area that I saw, and curiously, they don’t own anything on Duchy road itself. Lancaster Avenue though is very much a suburban street with modestly large houses and a plethora of mock effect buildings. There is mock Georgian, mock Tudor, mock Elizabethan.

Head down this land of Gerry’s and Margo’s and you come to Cockfosters Road, right on the very edge of urban lands with fields and woods facing a busy road, lined with even more of the gated and high walled posh houses. Here though was also the one set of buildings that if I were looking for possible cottages that could have been part of a tied estate, then these could be the ones to look for.

A slow walk down Cockfosters Road and past the hotel, the posh houses and the surprising number of bus stops for such an upmarket residential area, and take a turn onto a side street to find the last of the former Enfield Chase properties – on Games Road. There is also here, the remains of a road and pedestrian gate such as I see in parks where tied properties are attached to country estates. The lucky inhabitants of this road also have not only the advantage of living in a cul-de-sac, they all face Monken Hadley Common. 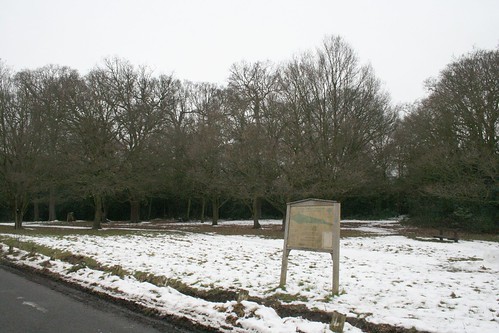 The Urban Survey also includes a sizeable industrial estate in South London – this turned out to be the Tower Bridge Business Park on Mandela Way. 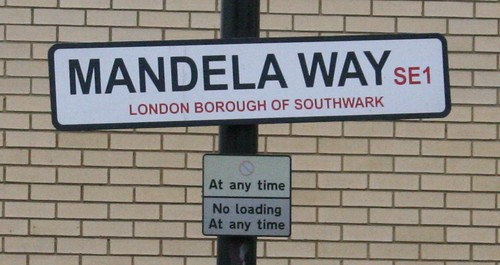 A few days later, when the snow had faded to a memory, I made it down to get a look at this part of the Duchy and not only is it utterly different from the residential lands to the north, it is about as lacking in regal attitude as you can possibly imagine.

At one end is a branch of Tesco and the local council’s storage for confiscated motor vehicles. Some new brick buildings line one side of the road that runs through the estate, but the other side is made up of the sort of cheap municipal steel buildings that scream light industry or warehousing.

There is a very slight hint of royal patronage in the estate though – as the Royal Mail occupy some of the buildings.

So that’s the Duchy of Lancaster’s estates in London, some posh in the North, and some rather less so in the South.

As the Monarch owns the properties, it’s also appropriate that the current Queen also holds the title of Duke of Lancaster, although that’s more of an honorary title as it could only pass to male heirs so it technically became extinct when Bloody Mary took the throne.

Even though the Queen is evidently female, she is still a Duke, not a Duchess.