This is one of London’s oldest and more famous alleys, with a foreign embassy, the occasional duel, brothels, famous authors and gambling all packed into a tiny space. It also happens to be in the heart of London’s posh club scene, which may explain its popularity and attendant notoriety. 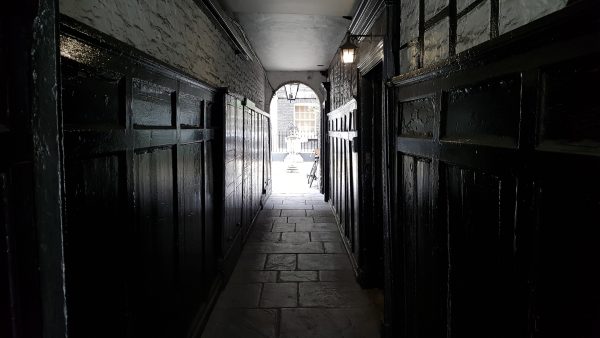 What we have is a delightful little covered alley next to the famous wine merchants Berry Bros and Rudd that leads to what is by many accounts, the smallest public courtyard in London.

The courtyard is the covered remains of a garden that existed when houses were first built here in the mid 1660s when the Earl of St Albans secured a lease from King Charles II.

In 1731, the house that sat where the wine merchants are now was demolished, as were the tenement houses built at the back on the former garden. The current layout dates from around that time.

The name was originally Pickering Court, after William Pickering, who was probably the son-in-law of Widow Bourne, the founder of the company that is today the wine merchants.

The wine merchants are said to be the oldest such company in London, and has a very famous set of weighing scales inside which were used to weigh customers at a time when healthy eating was less popular than it is even today. 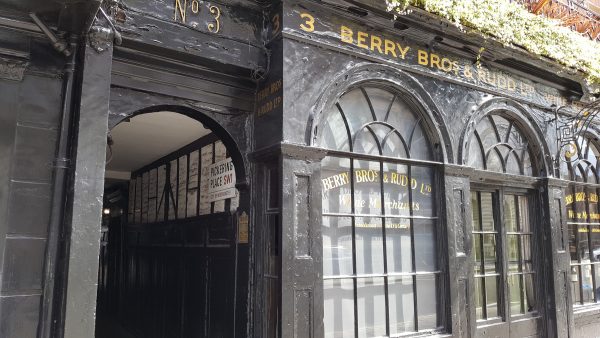 Originally known as a Court, today the alley is Pickering Place instead, and was for a short while, also the home of the Embassy of the Republic of Texas, in the years when Texas was nominally an independent country before it joined the USA in 1845.

Do notice the small plaque on the right hand side as you go in. 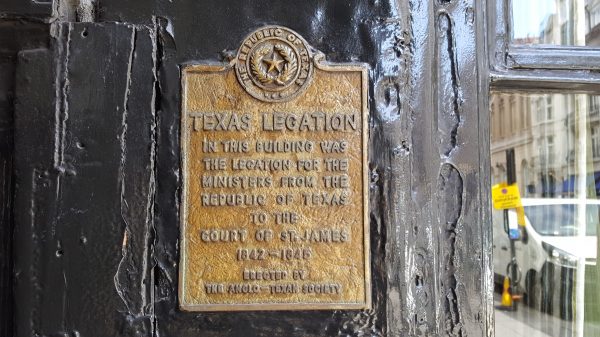 Also notice the oak panelling running along the walls. Then there’s the courtyard itself, a modest haven on peace in this part of town, that is unlikely to be filled with office suits at lunchtime thanks to the absence of seating.

It’s also one of the few parts of London still lit by gas lighting. 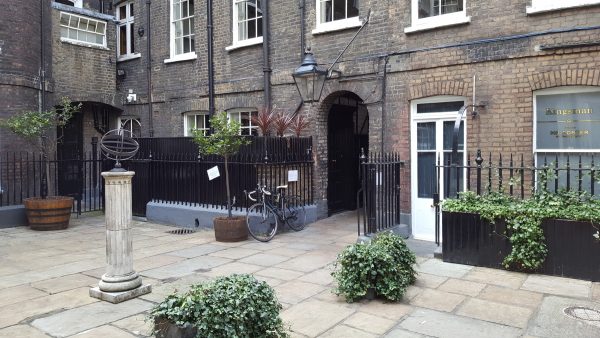 The courtyard’s rather secluded location away from prying eyes is claimed to be why it was said to be a popular location for duels. How anyone could have fought a duel in the courtyard is difficult to understand. Nonetheless it claims the title for the last duel in England, although a duel in Windsor in 1852 might be the rightful contender to that dubious crown.

As for famous authors, Graham Greene lived here for a while, while a stone plaque remembers another famous resident, Lord Palmerston. 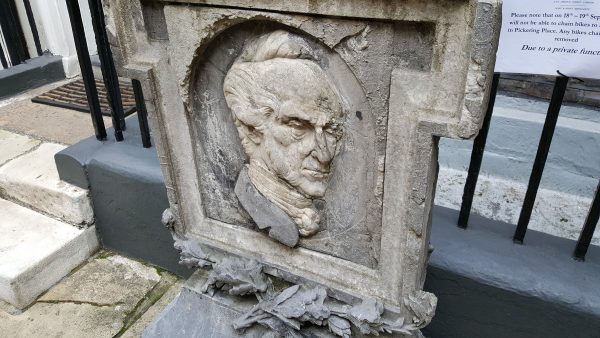 The courtyard’s unique charm is probably why it serves a different purpose these days, for filming — and notices were visible warning that it would be in use the day after I visited.