There are two entrances to this posh alley in St James, one for carriages, and one for pedestrians. The pedestrians get the better deal, with a reasonably grand entrance porch, and some of London’s last remaining gas lamps. 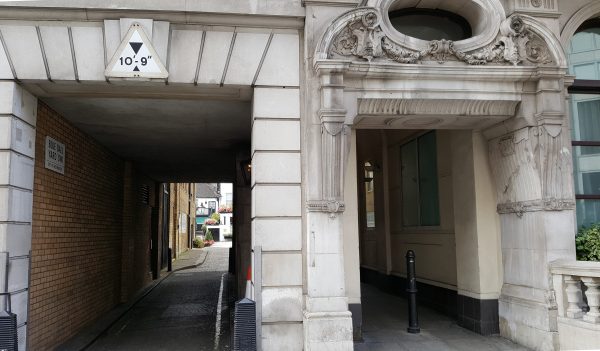 The carriages long since been replaced with cars, and that side is a bit more modern, so ignore it.

But what’s the history of the area? St James’s was still fields in 1660, except for the royal palace of St James’s, but within a couple of decades, it was developed with the grand buildings that dominate the area today.

The earliest reference to Blue Ball Yard itself dates to when the site was sold by King Charles II in 1672, by which time it was already a developed site of stables and housing, probably for servants working in the palace.

Possibly called Stable Yard originally it may have acquired its current name after the Blue Ball Tavern that was nearby and demolished in the 18th century. 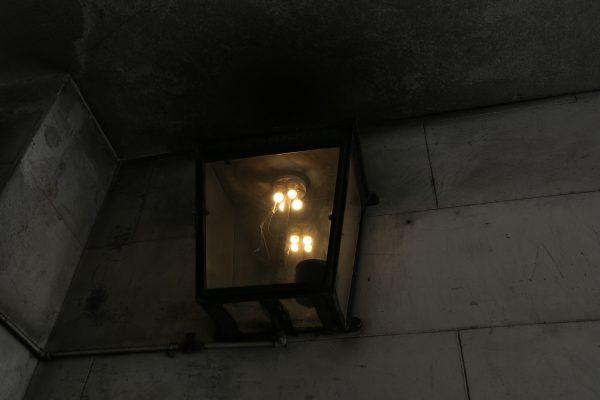 What’s here today is a very fine looking bar and the entrance to the Stafford Hotel, alongside some expensive looking homes. The bar, known as the American is so called as the hotel served as accommodation during WW2 for US and Canadian service men, and the wine cellars below doubled up as an air-raid shelter.

Two of the buildings next to it though are facades, as they in fact hide a ventilation shaft for the Jubilee line extension. 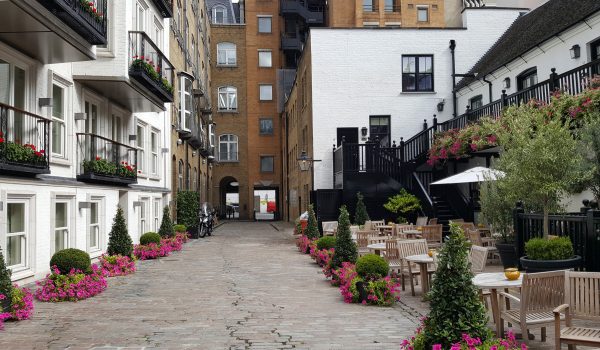 Otherwise, this little cul-de-sac is quite delightful with its cobbled setts for a road, but felt oddly like I was intruding in on someone’s private home, even though it is a public street.