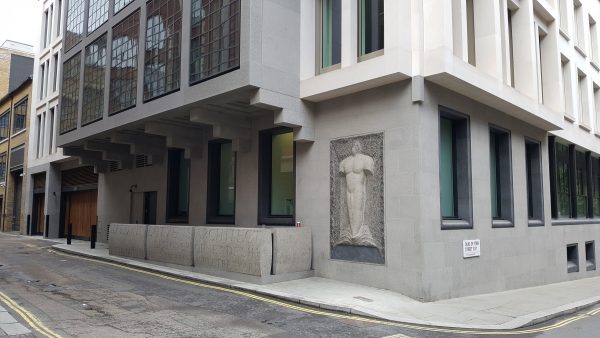 Lutyens’ Delhi is an area in New Delhi, India, named after the British architect Edwin Lutyens (1869–1944), who was responsible for much of the architectural design and building when India was part of the British Empire in the 1920s and 1930s.

He did most of his design work however far from the site of the construction, in Central London. In fact in a small office in a mews near the clubs of St James.

That was the distant past.

More recently, a number of buildings fronting the corner of that small street were demolished and a new block of offices and homes built, and it was the architect responsible for that building, Eric Parry who thought back to a previous architect and looked to remember him in art. 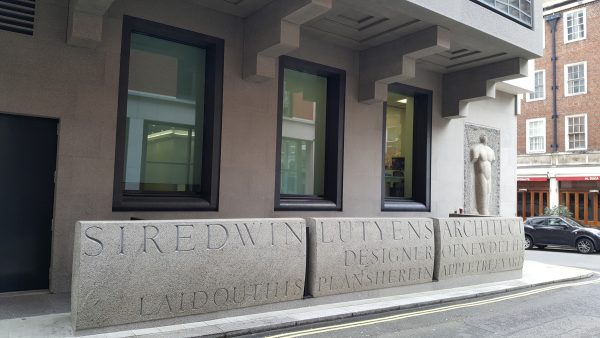 The Apple Tree Yard Sculpture is by Stephen Cox RA, and is called Relief: Figure Emerging – which emerges from the ground-floor basalt plinth.

Along the side are a series of long granite blocks shielding the light well of an underground car park, and carved with a text to explain the significance of the area.

The relief figure itself was inspired by Indian gods, and how they are depicted in cave temples where they are carved directly from the rock, seeming to emerge as if new born.

This modern interpretation was completed in 2015. 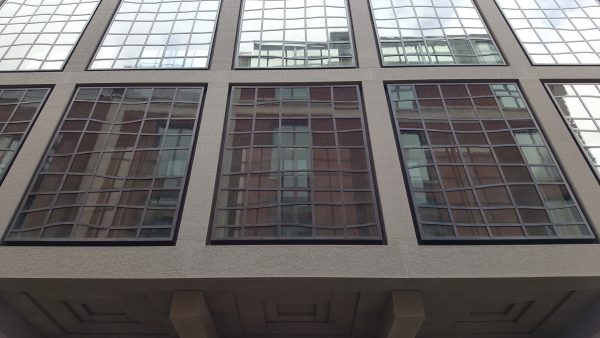 Do also look up though, as the window decoration on the overhang has a very definitive hint of old Tudor housing which would have once dominated this part of London.