A picturesque alley that’s lined with ancient shops and inns, and within staggering distance of royal palaces and posh clubs. 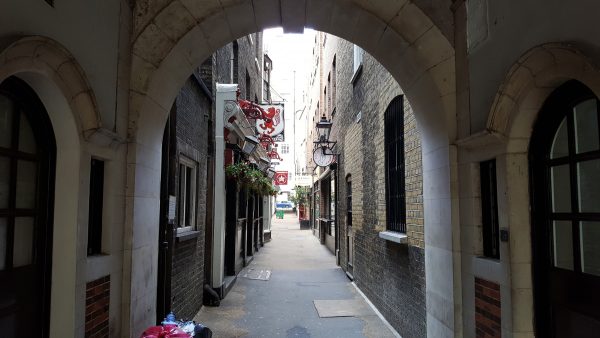 Crown Passage appears to have been built sometime before 1673, when King Street to the north was laid out and started appearing in rate books of the time. The reason for the passage seems to be to hide some of the smaller trades from the posher eyes of people buying up grand homes in the area.

It also served as the main route between King Street and Pall Mall at a time when King Street didn’t run all the way to St James’s Street. 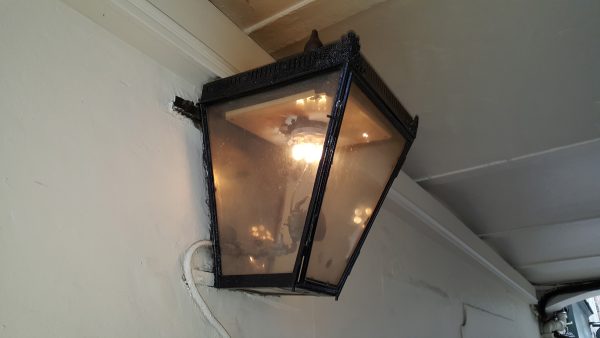 Crown Passage has also had a number of different names over the years, depending on which map you choose to look at.

Apart from its own unique charm, and still being lit by gas lamps, the alleyway is noted for several fine shops, and a Pret, but mostly for the Red Lion pub. 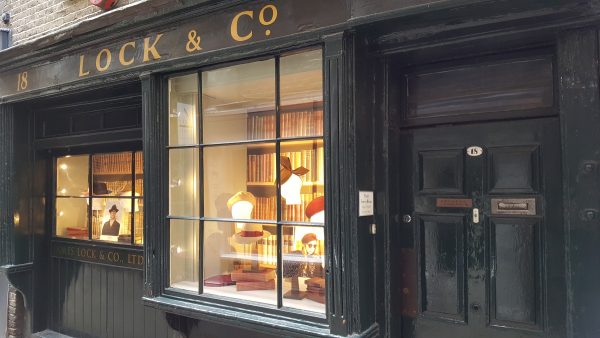 The Red Lion is a  black timber-fronted pub that has been there for more than 400 years and has the second oldest beer licence in London. There is rumoured to be a tunnel from the beer cellar to St James’s Palace which was used by Nell Gwynne to allow her discrete liaisons with King Charles II. Obviously, like all good rumours, it’s not true. 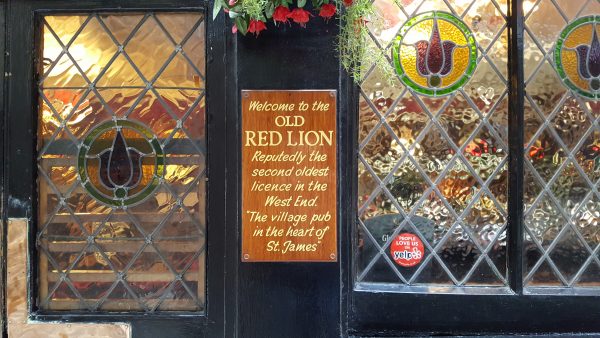 Further up is Davy’s, which on my visit was showing the signs of a good night’s business in the huge pile of empty wine bottles waiting to be taken away.