Published 27 June 2018 by By Ian Mansfield Events and Tours

The flypast will comprise, unsurprisingly, 100 aircraft, making it by far the largest such event in London since the Queen’s Coronation back in 1953.

The flypast will start in the vicinity of The Wash, The North Sea and Southwold, Suffolk and Southend then route from the hold via Swaffham and Thetford and Colchester towards East London to then overfly Buckingham Palace at 1pm.

Note that The Mall and areas around Buckingham Palace will be sealed off as it will be filled with the RAF who are there for their birthday parade.

We ordinary folk will be able to watch the flypast from many other suitable locations. You’ll be pretty much under the flypast if you are on The Strand, and it’ll be easily visible from anywhere with a decent view over the City, so the Southbank of the Thames is going to be a more reliable bet than being in the City where tall buildings might block your view.

A good city location though could be Smithfield meat market, where the low buildings and plenty of space offer a good vantage point (caveat emptor). Elsewhere, the Olympic Park and Shoreditch look like good viewing spots.

If you work in the City, time to tell the bosses to let you onto the roof. 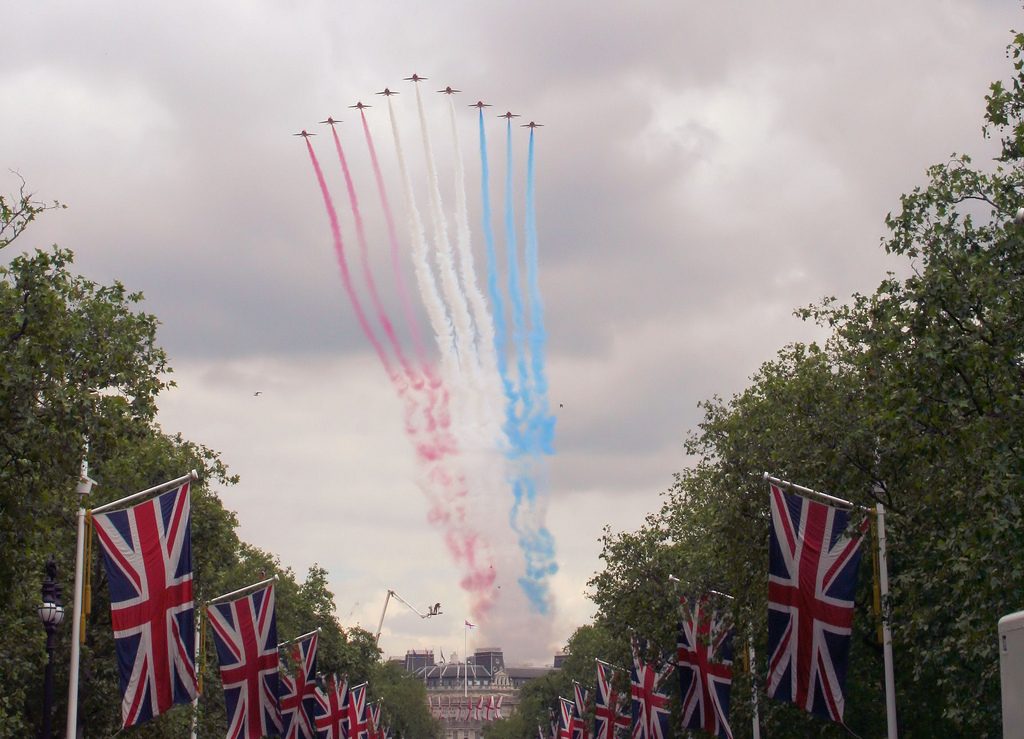 The full flypast line up will be:

…and of course, the Red Arrows.

The flypast over Buckingham Palace will take around 9 minutes to complete, then they disperse heading in three routes over Hendon (RAF Museum), Heathrow/Windsor, and Runnymede. 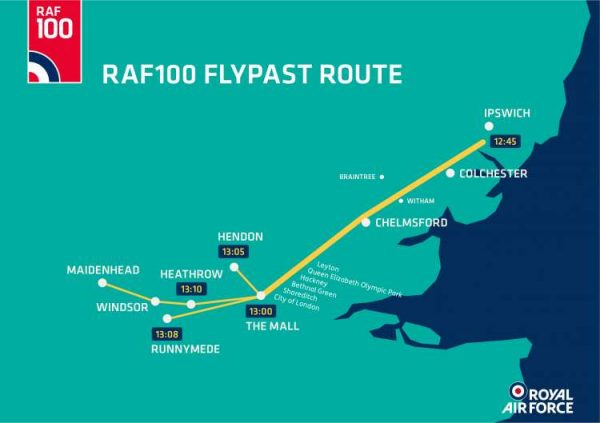 A full rehearsal will also be taking place on 3rd July.

The rehearsal will start in the vicinity of The Wash, The North Sea and Southwold, Suffolk and Southend then route via the overhead of RAF Marham, Norfolk and overfly RAF Cranwell, Lincolnshire. The dispersal will occur over North Lincolnshire and parts of Yorkshire.

And, finally, there’s will be a display of aircraft in Horseguards Parade from 6th-9th July. 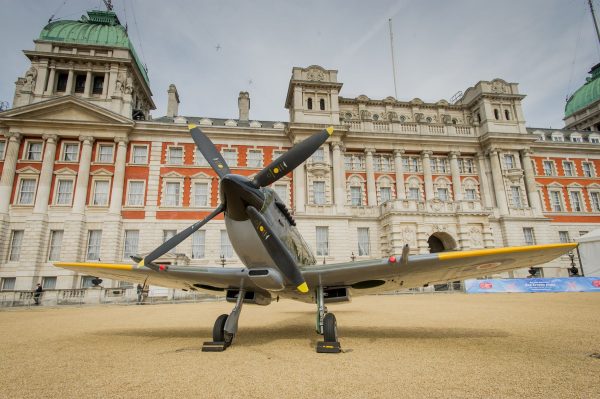