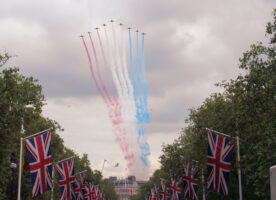 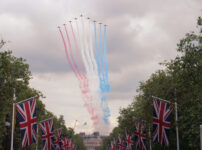 Large military flypast over London for the Platinum Jubilee

One of the highlights of the Platinum Jubilee weekend will be a large flypast over central London on Thursday 2nd June.

A new museum opened a few months ago in East London telling the history of a major RAF airfield that helped defend London during WW2 - RAF Hornchurch. 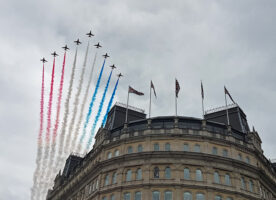 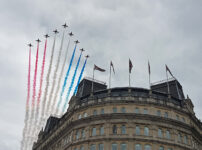 How wonderful of the RAF to put on a great big military flypast right in the middle of the week when loads of people in the city can pop out for 10 minutes to watch it.

See some military aircraft in Guildhall Yard this weekend

This weekend there's a chance to get very close and personal with a number of military aircraft, right in the heart of the City of London.

A large formation of military aircraft, including the Red Arrows will fly over Central London on Saturday lunchtime, for the Queen's official birthday.

The Mansion, The Military, The Museum – Bentley Priory

Through a locked gate, down a road past more locked gates, and here on the edges of London is a grand building that played a very secretive role during WW2.

The WW2 fortification in a Nth London park

If you were talking a wander through a nature reserve in North London one day, you might notice a rather shabby looking concrete hut peeking out of the bushes. 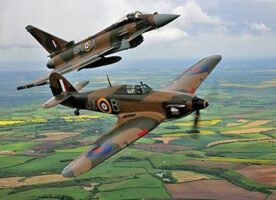 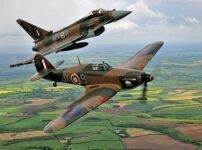 This coming Friday, at lunchtime, look to the skies, as a military flypast will take place over central London.

RAF Northolt is 100 years old, and will be hosting a centenary open day in June, with a flying display, static aircraft, stalls and many other activities and demonstrations.

How to request your own Spitfire flypast over London

I mentioned this briefly a while back, but as the deadline is approaching it’s worth reminding people that it is possible to request your very own flypast by the RAF for your village fete or school event, or other suitable…

Sitting inside a park in North London lies a former stately home which was during World War II, one of the main command centres for the Battle of Britain. RAF Bentley Priory, or plain Bentley Priory as it is know… 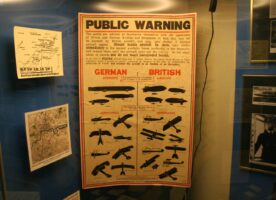 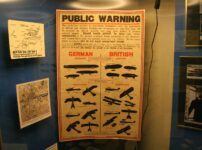 Just outside the comfort zone of the M25 barrier, on one of those long snaking rural roads that link villages together lies a small house with a stone memorial in its front garden.

Military Flypasts over London in 2011

Collating details as they are published of the various military aircraft flypasts over London and local area, as I do – and it is about as ready as it is likely to get. Apart from the big flypast in June…

Another in the occasional series on gaining access to places which are not conventionally open to the public.

Photos at the Red Arrows flypast

I dutifully wandered over to London Bridge at lunchtime to get hoped for photos of the Red Arrows flying overhead and with Tower Bridge in the shot. As I arrived, I was pleasantly shocked to see the was quite a…