On a side street, just about visible from the main road, lies one of London’s greatest so-called hidden delights.

Many a time I have heard people talk in breathless wonder about this amazing little park they discovered when wandering around the city at a weekend, and how they’ll be going back for lunchtime in future. I smile quietly and wait for the next time we talk where crestfallen, they recount how they went back on a sunny lunchtime, only to find the place packed with other people also enjoying one of the prettiest parks in the City – this is the ruined church of St Dunstan-in-the-East. 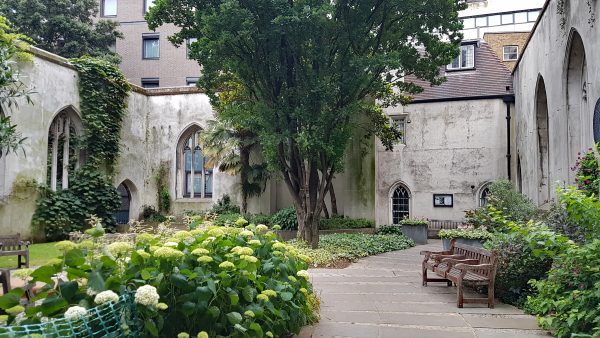 There’s been a church on this location since around the year of our lord 1100, and baring some repairs, it was largely untoched until it was torched by the Great Fire of London.

It wasn’t too badly damaged, so patched up, and Sir Christopher Wren added a steeple.

Regrettably, 200 years ago, in 1817, the church was deemed to be unstable, and the whole thing torn down and rebuilt, although they kept Wren’s tower.

In 1941, the church was hit by bombs, and utterly wreaked. Only a few walls, and the Wren tower survived the onslaught.

Following the re-organisation of the Anglican Church in London, it was decided not to rebuild the church, and in 1967 the City of London decided to turn the ruins of the church into a public garden, which opened in 1971.

Today it’s a richly evocative site, with clean lawns for picnics where parishioners would once have prayed, and the ruined stone walls now being delightfully overrun with ivy and flowers.

An unusual plant in the lower garden is winter’s bark, Drimys winteri. Its leaves are high in Vitamin C and were once eaten to prevent scurvy.

Old 1970s style stone pebbles top reinforcements that were added to secure the walls. Today those spaces would be filled with planting, but the stones, while very dated in style are a legitimate part of the history of the building. 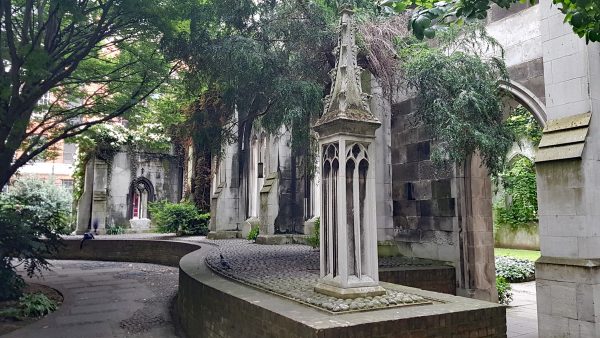 Thanks to the atmospheric nature of the site, it’s often used for commercial photography, and people forbidden from holding a wedding in a church can hire the derelict church for a reception instead.

Although the church is no longer in use for services, the nearby All Hallows by the Tower holds an open air gathering in the garden on Palm Sunday prior to a procession to All Hallows along St Dunstan’s Hill and Great Tower Street.

It’s one of the most enjoyable pocket parks in London, if you come at the weekend to avoid the office crowds, and if you spy a chance, come early on a foggy day for the ultimate Hammer Horror experience. 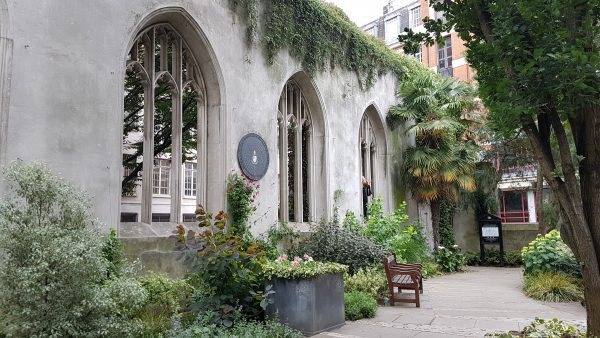 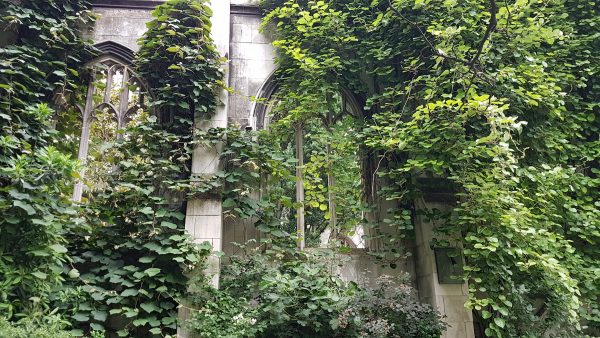 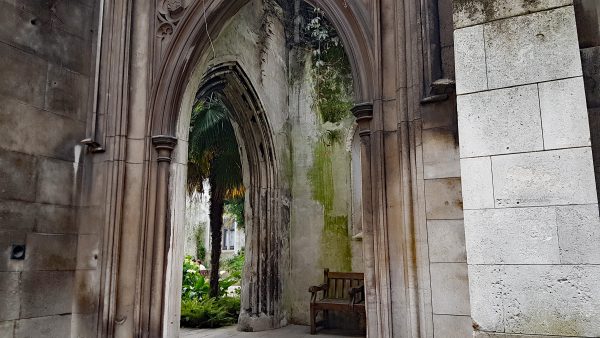 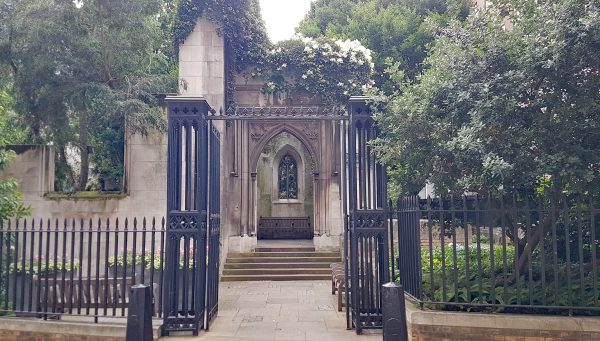 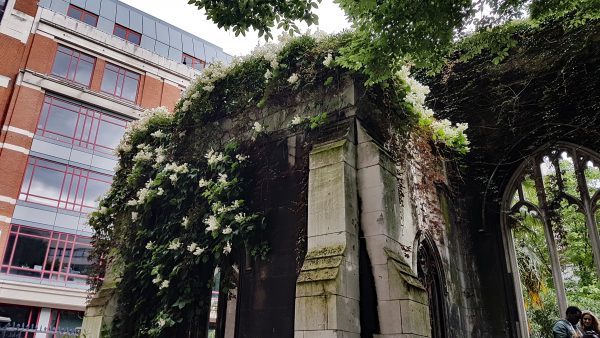