About the Buckingham Palace

The official residence of the British Monarchy.

The Changing of the Guard takes place several times a week at 11am (typically Mondays, Wednesdays, Fridays and Sundays).

During the summer months, when The Queen is not in residence, the main staterooms are open to the public to visit. 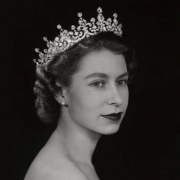 The Queen’s bling to fill Buckingham Palace this summer

As part of this summer’s now annual opening of Buckingham Palace to visitors, jewels from The Queen’s personal collection will go on display in the palace.

A big tree made from little trees for the Platinum Jubilee

A 21-metre tall tree sculpture will appear outside Buckingham Palace this summer, made up from 350 smaller trees.

The gardens of Buckingham Palace are to open for guided tours this spring, letting you in when they are not usually open to the public.

More tickets are being released to the public to have picnics in Buckingham Palace’s back garden this summer.

Have a picnic in Buckingham Palace’s garden this summer

Normally not part of the tourist visits, this summer the garden at Buckingham Palace will be opened to the public for the first time, and they’re allowing picnics on the lawn.

New book looks behind the scenes of Buckingham Palace’s garden

Fancy a gin made from botanicals taken from Buckingham Palace’s own back garden?

It’s 1910, the British Empire is at its height and people are starting to think that Buckingham Palace is rather shabby for an Imperial capital.

Was Buckingham Palace built on the site of a gay brothel?

There is a story that does the rounds, that the site currently occupied by Buckingham Palace was once a gay brothel.

Sheep and cattle grazing in Green Park this week

It’s “Green Park Grazing Week” this week, which means sheep and cattle will be roaming around the Royal Park munching away to keep the grasses low.

Look to the skies on Saturday lunchtime (8th June), as a military flypast will pass over central London, followed by the Red Arrows.

Hidden behind a rather small easy to ignore door in a high imposing wall next to Buckingham Palace can be found a large collection of regal bling.

A large formation of military aircraft, including the Red Arrows will fly over Central London on Saturday lunchtime, for the Queen’s official birthday.

I wasn’t going to list venues you have to pay to go in to in order to eat, but I’ve been in the Palace for other reasons on several occasions, and usually stop off at the garden cafe before I leave.

Buckingham Palace has opened its doors again for the now-annual summer opening, and as usual has a special this-year-only exhibition inside some of the rooms.

On the 20th year of its Summer openings, Buckingham Palace has inadvertently given people the chance to appear as if they are wearing the Queen’s coronation robes.

Today marks the 20th anniversary of the announcement that Buckingham Palace would open to the public during the summers.

Diamonds on Display at Buckingham Palace

Time for the now annual Summer Opening at Buckingham Palace with the state rooms in their unchanging glory, and a special display in a side room, which this year is appropriately Diamond themed.

25 military aircraft to fly over London on Saturday

Details of the annual flypast to mark The Queen’s official birthday were announced a couple of days ago – and despite some concerns about their itinerary, the Red Arrows WILL be part of the flypast again this year.

As a bit of a fan of tunnels under London, I am often asked about the oft-rumoured tube tunnel that allegedly links Buckingham Palace to, depending on the rumour, Downing Street or Green Park.