Science is beautiful on the Euston Road

As retail stores fill their windows with Christmas themed displays, six large office windows on the Euston Road have been filled with glowing light displays, each made from a mass of scientific instruments.

Did you know that the world's largest nuclear fusion reactor is not far from London - just outside Oxford in fact. 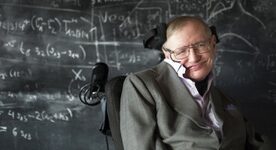 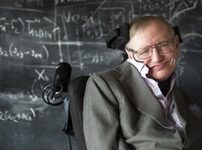 Tickets for a public lecture by Professor Stephen Hawking

Later this month will be a fairly rare public lecture by Professor Stephen Hawking, at Imperial College London.

Japanese Manga at the British Museum

A small display of the work by three of Japan's leading contemporary manga artists is currently running at the British Museum.

Attend a Science Lecture in a Train Station Tunnel

This is a little different, but the newish passenger tunnel at King's Cross station is the setting for a lecture next month.

The hunt for an elusive particle critical to physics once saw Holborn tube station used for a revolutionary science experiment.

Just outside Didcot can be found one of the UK's hotbeds of science research, and this July, the campus will be hosting an open day for visitors.

International Space Station to fly over London this weekend

Another of the occasional chances to see the International Space Station flying over London takes place this weekend.

Just a heads up that Robin Ince is hosting a series of evenings in the run up to Christmas that will attempt his usual blend of science, comedy and atheism into a single event.

The mathematical secrets of The Simpsons and Futurama

If you are a Simspons (and/or Futurama) fan, then the Science Museum is laying on an event that may appeal.

Recently, a European ruling gave people the right to privacy in so far as website searches are concerned. If someone writes something about you, you can tell Google to ignore it.

Play with Google Glass this weekend

Should such things interest you, there is a chance to test out the hype-laden Google Glass devices this coming Friday and Saturday.

I start a new job on Monday, and need to start commuting again. So, time to power up the TfL travel advisor and see what it says are the suitable routes to take.

Thanks to an EU directive that frankly, everyone thinks is a bit daft, websites in Europe have to display a notice if they use cookies -- those tiny text files that track usage or preserve login details -- on their website.

Astronomical phenomena – there is no night tonight

In purely astronomical terms, it will not become nighttime tonight. We will spend the hours in perpetual twilight from sunset to sunrise.

TfL revamped its website recently, and little commented on but quite noticeable is that slap bang in the heart of the main page is space for an advert.

Today is the 90th Anniversary of the British Death Ray

Today marks the 90th anniversary of a remarkable moment in military history, as a fully functioning Death Ray was tested by the UK's military.

How left leaning is the new Tory website? Does Labour's website have right leaning views? Is the BNP actually leftist?

International Space Station to fly over London on Tuesday

Another rare confluence of the International Space Station flying over London on a clear night should take place tomorrow evening.

40 years ago, Zardoz speaks for the first time

On this day, 40 years ago, audiences visiting the Odeon Leicester Square could have sat down to watch one of the strangest films ever made.