If you’re museum curator looking after dinosaur exhibits, you probably dream of acquiring a full sized Stegosaurus for your collection.

For while it has long been a staple of Hollywood and plastic toy manufacturers, and as such, the Stegosaurus is visually instantly recognisable — for scientists, hardly anything is known about the animal itself. 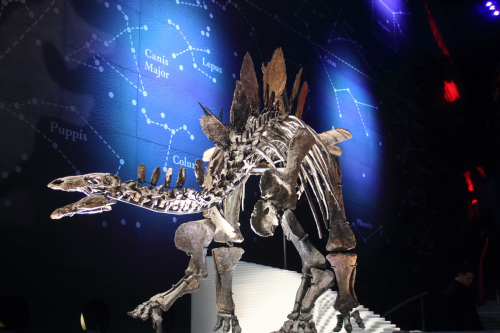 That is partly due to the lack of specimens to study. Just six full skeletons have ever been put on display, and most of them are frankenstein-esque constructions from multiple discoveries.

But now, the most complete example of a Stegosaurus dinosaur ever found is going on display at the Natural History Museum, in the museum’s largest such acquisition in around a hundred years.

It’s also the only Stegosaurus on display in a public museum outside the USA, and unlike them, the NHM’s example is 90% complete, missing just the left arm and bit of the tail.

It’s also unusual in not being akin to gigantic roadkill, having avoided the compression of 150 million years of rock pressure

This makes it exceptionally valuable to scientists for studying, and since its arrival in the UK last year, has been scanned into a 3D computer model for long term research. Then the bones were assembled, and have now been put on display.

But not in the main hall, which remains home to the Diplodocus display, which is not an actual dinosaur at all, but a replica of one uncovered in the USA in 1898. The new, and authentic, Stegosaurus will instead be found around the side by the Earth Hall.

Which is a bit of a pity, as apart from missing out on most of the crowds, the two dinosaurs were contemporaries of each other, living around 155 to 150 million years ago. 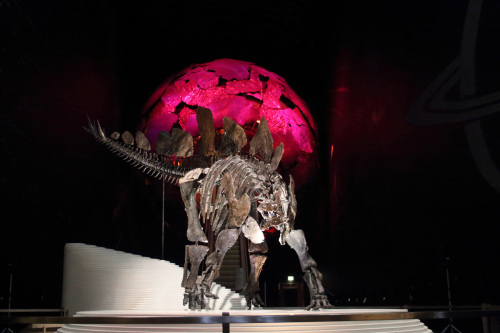 The example here, as massive as it is, is just a young adult as it is just over five-and-a-half metres long, while a fully grown Stegosaurus could reach up to nine metres in length.

Despite that vast bulk, it had a tiny brain, described as about the size of a tangerine orange, although a controversial theory that it had a second brain in the rear legs was generally dismissed by the curator. 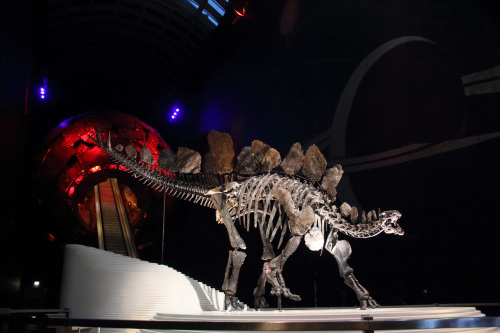 As an exhibit, it excites the scientific mind and the intellect. However, thanks to its popularity in popular culture, I wonder how many people will wander past, recongise it, and walk on, not realising what an exceptionally rare sight they are passing by? 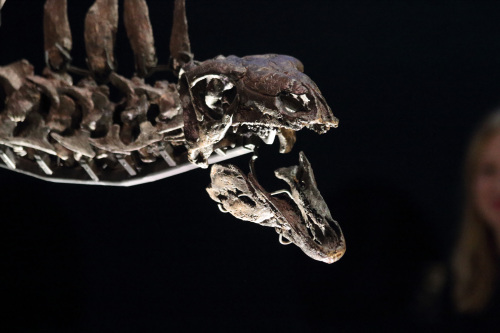 Incidentally, I have long had an “easter egg” on this website, which coincidentally happened to be a Stegosaurus. If you know where to find it.