Own a macabre relic from Republican England

Fancy owning something taken from the decaying body of a dead man? Well for around £10,000 there is a chance to own the copper plaque that was lain upon the chest of Oliver Cromwell when he was buried.

That it isn’t there anymore is thanks to the actions following the restoration of the Monarchy.

Following the restoration of the Monarchy, in January 1661, James Norfolke, Serjeant of the House of Commons, entered the Henry VII Chapel of Westminster Abbey to disinter the former Lord Protector, as he was due to receive a post-mortem ceremonial execution at Tyburn gallows.

His body cut up, his head was mounted on a spike on the roof of Westminster Hall, where it remained for a number of years before vanishing. It’s claimed, but not proven, that the head is now buried at Sidney Sussex College in Cambridge. 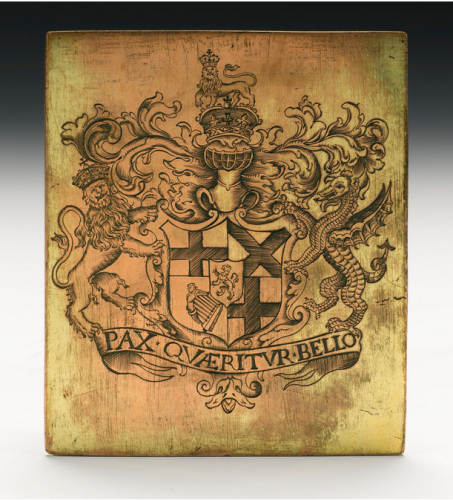 The copper plate is engraved with the arms of the Protectorate on one side (with motto Pax Quaeritur Bello), the reverse with an inscription in Latin with the dates of Cromwell’s birth, inauguration as Lord Protector, and death.

According to contemporary reports, this plate was “found in a leaden canister, lying on the breast of the corpse”, as had been ordered by the Privy Council in 1658, and was pocketed by Sejeant Norfolke.

It then passed down the family line until it was probably bought by a member of the Harcourt family, probably Lewis, First Viscount Harcourt sometime around the turn of the last century.

And it’s up for sale again. Ghost not included.