A blue plaque has been unveiled at King’s Cross station in celebration of Wilston Samuel (Bill) Jackson, the UK’s first black train driver, who drove his first passenger train in 1962.

Be warned, that King’s Cross station will close next Friday afternoon and for the rest of the weekend as part of the ongoing railway upgrade works.

A tunnel at King’s Cross station that was closed in the 1970s has been reopened, with the first trains passing through just before 5am this morning.

An isolated box entrance to King’s Cross tube station is to be demolished and replaced with a new step-free entrance as part of a building development.

Network Rail’s project to increase the number of tracks at King’s Cross station is going to cause a lot of disruption over the year ahead and they’ve outlined the dates to avoid the station.

No trains at Kings Cross during the first weekend of Sept

A heads up to people planning a trip, as King’s Cross station will be closed on Saturday 5th and Sunday 6th September 2020.

No trains from Kings Cross next weekend

Network Rail is warning that there will not be any trains in or out of London King’s Cross, and no Thameslink services via Finsbury Park, on Saturday 20th and Sunday 21st June.

How many Harry Potter fans were injured trying to get to platform 9¾?

As fans of a certain novel and film will know, at King’s Cross there’s a secret platform, 9¾ which takes you to the Hogwarts Express.

Major disruption for King’s Cross station during Jan and Feb

As part of the East Coast Mainline upgrade, King’s Cross station will close completely for two weekends in the early part of 2020, and be disrupted at weekends through most of Jan and Feb.

This coming August bank holiday is not a time to be using King’s Cross station, as a lot of the lines will be closed.

Look out for steam trains on King’s Cross passenger concourse

Steam trains are usually found on the rail tracks, but for one week, two locomotives will be sitting in the middle of the passenger concourse at King’s Cross.

For one day next week, there will be a small display of astonishingly small model trains at King’s Cross station. They’re carved out of pencils. 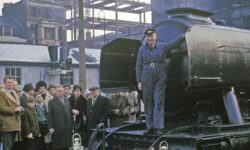 Flying Scotsman to come to London

Early morning commuters are in for a steamy surprise in a few weeks, as the Flying Scotsman makes its inaugural passenger journey from King’s Cross station. 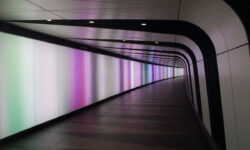 The complex of tunnels and entrances at King’s Cross tube station gained another addition recently, a stunning tunnel with a permanently changing lighting effect. 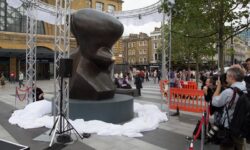 The large flat regular space of the new plaza outside King’s Cross station has started to regain a little bit of the clutter that has defined it for the past hundred years. 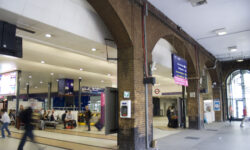 The A1 Tornado Steam Train Arrives in London

Just a heads up that the A1 Tornado, the first steam train to be built in the UK for nearly 50 years will be making its first commercial passenger trip tomorrow (Sat 7th Feb), and will be expected at Kings…