A post-war hotel at St Pauls

There's a very 1960s era hotel practically on the doorstep of St Paul's Cathedral that was once an office block.

Art Deco cinema saved from conversion into a hotel

A former theatre turned cinema in the West End has been saved from conversion into a hotel after Camden council rejected an appeal from the developer.

Plans to turn the historic Grade 1 listed Custom House building that sits next to the Thames and Tower of London into a hotel have been submitted to the City of London.

As part of London Craft Week, delayed this year, the Belmond Cadogan Hotel is offering tours to view many of the original pieces on display throughout the hotel, by mainly British artists

A tall blue tower has risen on a corner of Leicester Square -- a new cinema and hotel due to open shortly.

Approval for hotel covered in plants

The largest green wall in Europe has been approved for the City of London, with a new hotel to go where an old office block currently sits.

Holborn viaduct is a long corridor of unremitting office blocks being very glass and stone, but one could go up that will be covered in green plants.

The Pilgrim’s Progress remembered in Holborn

A hotel in Holborn also contains a most unexpected statue -- of John Bunyan, author of The Pilgrim's Progress.

A large hotel with large cinema some 6 storeys below ground is currently under construction, and there will be tours of the building site next month.

A hotel near Gloucester Road tube station has been redecorated with a design based on the London Underground.

As part of the Bloomsbury Festival, there's a chance to take in a behind the scenes tour of the grand hotel that dominates the area, the Principal London. 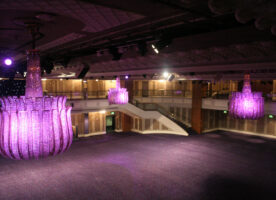 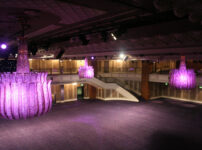 Another of the Open House London events - a guided tour of one of London's more luxurious hotels, which is probably more famous for its basement, than for its rooms.