Published 23 September 2010 by Events and Tours

Another of the Open House London events – a guided tour of one of London’s more luxurious hotels, which is probably more famous for its basement, than for its rooms.

Grosvenor House Hotel is named after the original occupants of the farmland that used to sit on the site – later the staggeringly wealthy Grosvenor family, although they themselves moved away for a while.

Incidentally, there are two Grosvenor House’s in London – the one I visited is NOT the student accommodation used by the LSE, which also doubles up as a cheap(ish) hotel during school holidays.

There has been a Grand House on the site since roughly the 1730s, when Walter, first Viscount Chetwynd took a lease on the land owned by the Grosvenor family.  In 1738 the house was sold to the third Duke of Beaufort for £8,000, who also brought some of the surrounding land to protect his privacy. Remember that at this time, the house was on the edges of London as it was then.

In 1761, the Duke of Cumberland brought the estate and following his death in 1765, the property was used by members of the Royal Family for the next 40 years.

Following a rather lengthy legal process though, in 1806  Robert, second Earl Grosvenor finally reclaimed the property for the family and his descendants occupied it until 1916, when the government commandeered it during the war. The old duke never moved back after the war, and the land was sold in 1925 and the House demolished in 1927.

The building was quite controversial at the time, as its eight stories stood considerably higher than all the grand Houses in the area at the time, but eventually, people calmed down when a noted architect was brought in to soften the design.

To be blunt about it – this is a fairly generic building block from the outside. It has obvious decorative features of the period, but otherwise, there isn’t anything to distinguish it from a similar blocks of flats. 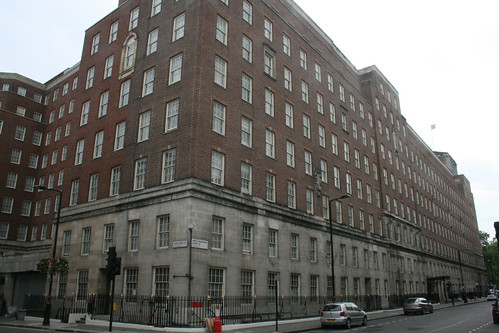 What did make the building stand out though, was the basement.

Down here, two stories below ground was a vast ice rink which was a plaything for the rich and famous. Apparently, Queen Elizabeth learnt to skate her when she was young. The ice rink was however later ripped out and the space converted into the UK’s largest conference floor.

Anyhow – the tour itself.

After a bit of confusion at the reception about what I was there for, we were taken up to a meeting room where the heritage manager gave us a run through of the history of the site and the hotel.

After confirming that we can take photos – the group are taken down to a ballroom space, with its raised orchestra level – now largely unused as most events rely on pre-recorded music. The floor is carpeted, but underneath it is a sprung wooden dance floor. However, they now bring in a temporary wooden floor to sit on top of the carpet if someone wants a dance floor now, as the original floor is a too old for such vigorous activities. 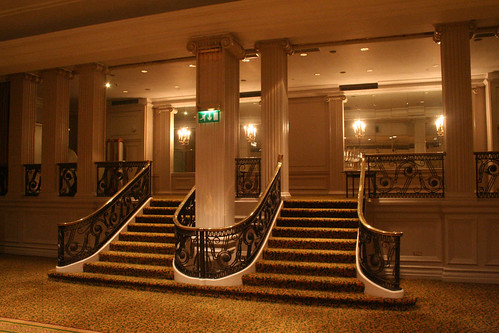 Despite the height of the building, the trees lining Hyde Park are just as high, so the best views of the park are during the winter months when they lose their foliage. Something to remember if you want a view.

The fireplace is fake – there is no chimney so the deep recess is not needed. It was just put there to make it look as if the building could have once had real fires. It has always been heated by electricity/gas and never had a log fire.

The hotel was recently refurbished after the previous owners tried to modernise it by covering up all the decorative details with plasterboard – just as most other grand buildings were ripping the same 1960s plasterboard out. The advantage of covering things in plasterboard is also that while the underlying decoration still needed a lot of restoration work, it is largely original decoration and not a later recreation.

However, I would say the decoration in the suites is very definitely of a type that you’ll like or hate. I like the living rooms, but the small halls in the suites have a wallpaper that is certainly distinctive.

Incidentally, the Grosvenor House Hotel is officially Grosvenor House, A JW Marriott® Hotel – and the full title is repeated ad nauseum in the sales brochure they handed out. Sometimes (often?) excessive corporate branding can be damn annoying.

Back downstairs and for a stop to look at a painting of the Great Room when it was an ice rink – then on to see said Great Room.

Although access to the Great Room is by a grand entrance on Park Lane, if you are inside the hotel already, the stair case is rather narrow and oddly designed, which makes me suspect it was originally a staff route and not for the public to use.

Finally, into the Room itself, which has an upper reception area and grand staircases down to the main floor. The original ice-rink equipment is still in place under the floor, and a client wants to recreate the ice-rink next year. However, they expect they will bring in a stand-alone ice-rink than try to coax the old pipes and refrigerators back into action. 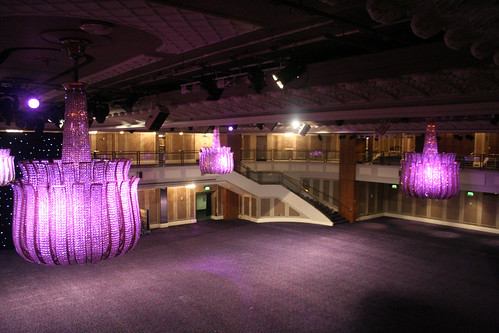 The chandeliers date from the 1960s and can be removed as needed by clients, although they weigh about a ton each.

It is apparently quite rare to see the Room empty as it is in use around 85% of the time. Lots of corporate events seeming to need to be able to sit 1,200 people at once?

A quick tour of part of the kitchens that run around half the main floor – with lots to talk about how wonderful the food is for customers. Like many commercial venues that open for Open House, the tour was part architecture/history and part sales pitch to come and visit them again. 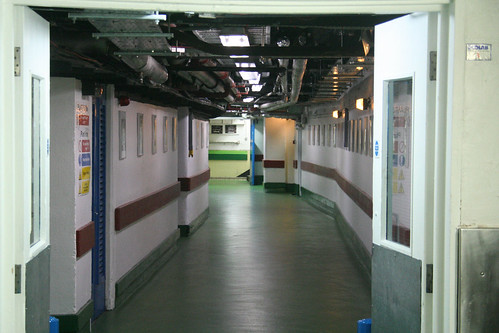 I actually prefer to see the behind the scenes aspects of buildings, as anyone can see the Great Room just by watching any of those media awards ceremonies where celebrities say how much they love everyone and how everyone is wonderful – while simultaneously stabbing each other in the back.

Back up to the meeting room to collect belongings, and the tour is over.

Interesting tour, although I would have preferred to see more of the behind the scenes – and a trip to the Palladian style roof water tanks would have been lovely.