Just to the south of Old Street can be found one of London’s oldest and greatest burial grounds, and one with a most unusual history.

Bunhill Fields’s origins can be traced back at least to Saxon times, when it was used for occasional burials, but its name probably comes from Bone Hill, when cast quantities of human bones were carpeted over the marshy land when the Charnel House at St Paul’s Cathedral was demolished.

The bones and soil capping them built up the marshy land so that it became stable enough later for several windmills to be erected on it. 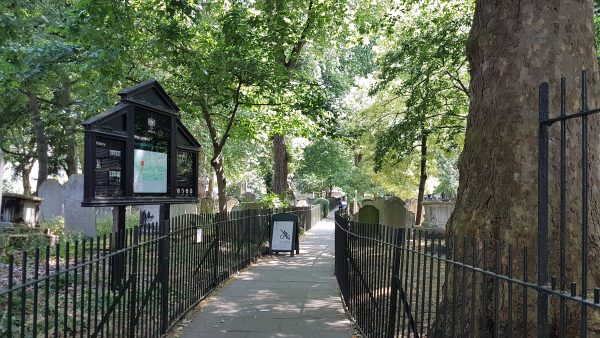 Still outside the City Walls, the area was walled off for a formal burial ground in the aftermath of a plague outbreak in 1665. However, for some reason, it was never formally consecrated by the Church of England, and that oversight was to lead to it becoming the main burial ground for nonconformists — those Protestant Christians who practised their faith outside the Church of England.

As it happens, many of the leading people and writers were nonconformists, and that turned an ordinary burial ground into one that’s rich in notable people — the three most famous being Bunyan, Defoe and Blake.

Although not consecrated by the Church of England, they still owned it, and the City of London leased it from them as a burial ground. When burials were stopped in 1852, the City of London petitioned to stop the Church of England from selling off the land for development, and an Act of Parliament in 1869 preserved it as a park that’s open to the public.

Finally, legislation in 1960 transferred the freehold to the City of London.

The most famous is the narrow walkway that runs through the middle of the graves. Most of the graves are fenced off and you are not allowed to get up close to them except with official guides. Another area is totally off-limits as it’s being given over to a nature reserve. 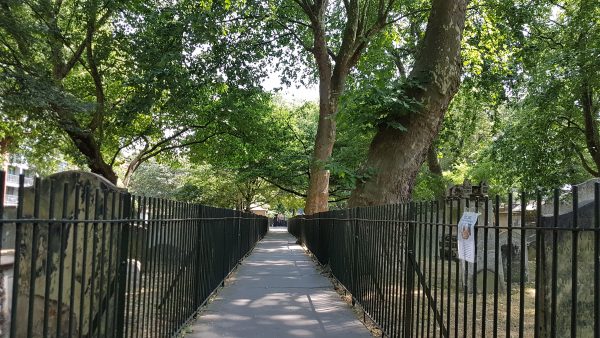 While surrounded on either side by the dead, you’re also walking on them, for the flagstones you walk on are gravestones. 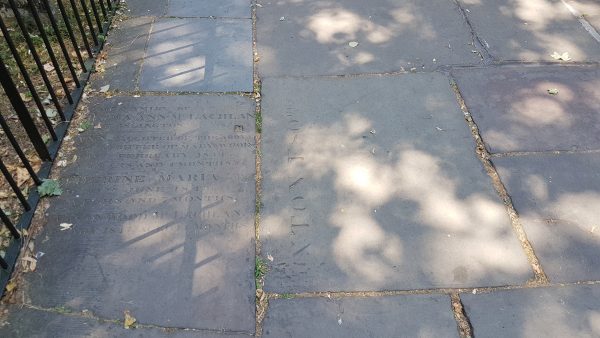 What’s less well known to anyone who hasn’t been into the burial ground is that there’s a large open park to one side. This also used to be full of graves, but was cleared in the 1950s following serious WW2 damage, and grassed over as a place to rest and relax. Lots of seating around the edges under the tall Plane Trees that dominate the site. 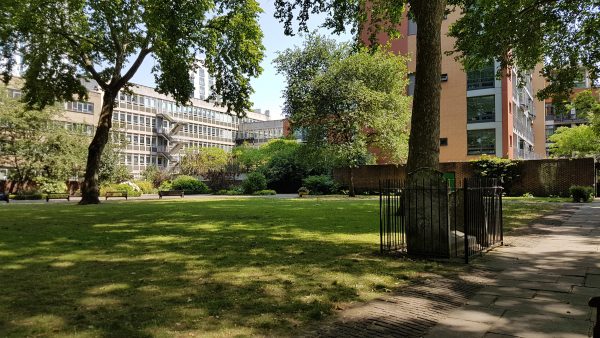 As you rest and relax, think on the staggering 120,000 burials crammed into this space, all because the Church of England forgot to consecrate the land. 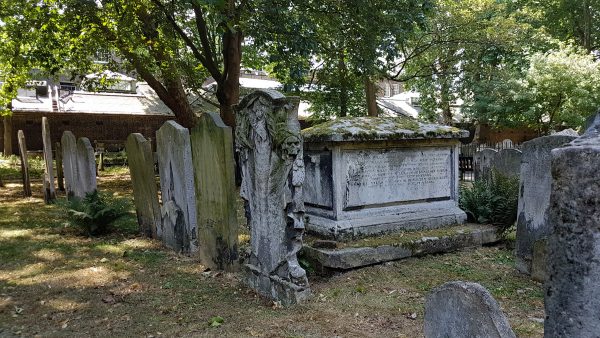 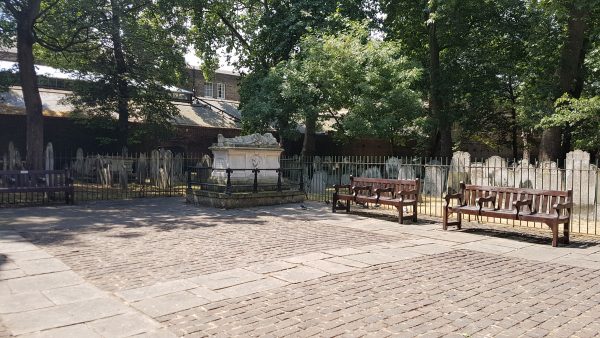 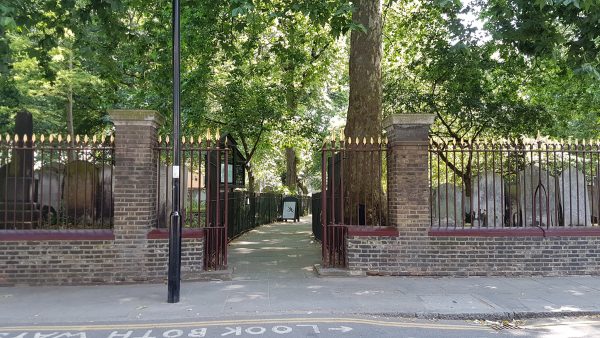 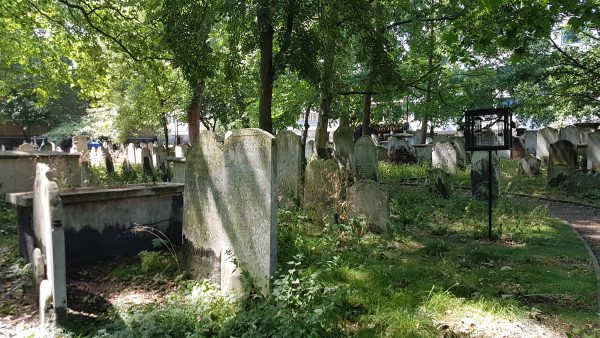 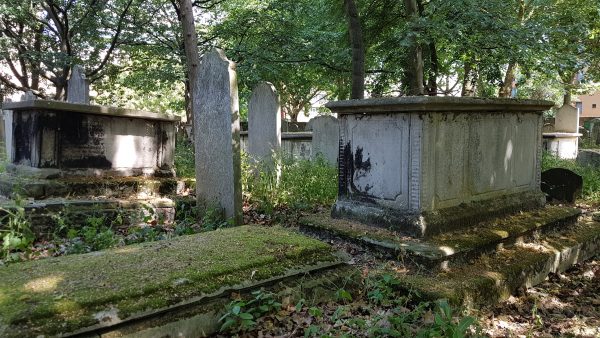