Published 3 May 2018 by London Public Art 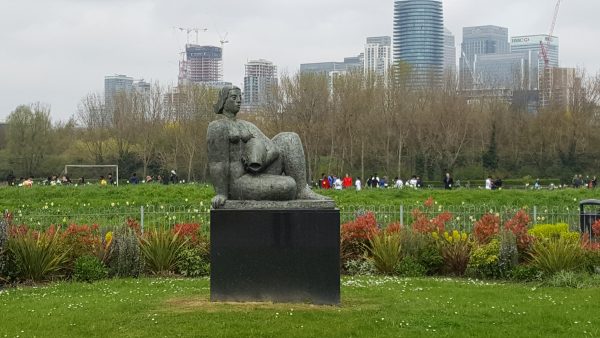 That sculpture used to sit in Frank Dobson Square at the junction of Cambridge Heath Road and Cephas Street, and was also an ornamental fountain.

The sculpture was purchased by the London County Council in 1963, but in 1977 the fountain was turned off due to damage. In 1983 it was damaged again, and in 2002 so badly so that it has since been removed.

In December 2006, the artist Antonio Lopez Reche was given a grant by the Tower Hamlets to reproduce the sculpture, following Dobson’s original design. However, unlike the original statue the reproduction was cast in bronze, painted and contains no fountain.

It was cast locally, at the Bronze Age Foundry in Limehouse. 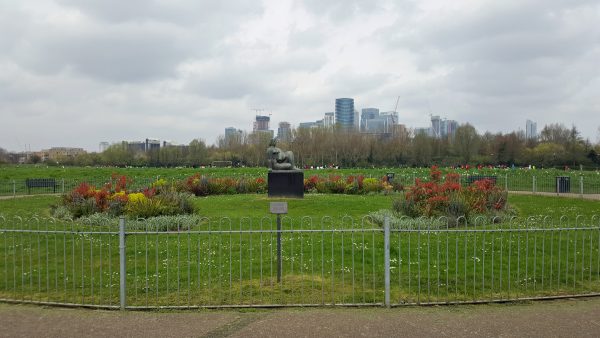 It’s also to be found in a green park surrounded by locked railings with decorative planting. It makes for a nice roundabout, with seating, if you fancy looking at it from the sides as opposed from the front.

The backdrop for the art is now steel towers of commerce, not the concrete towers of social housing that it was designed for. 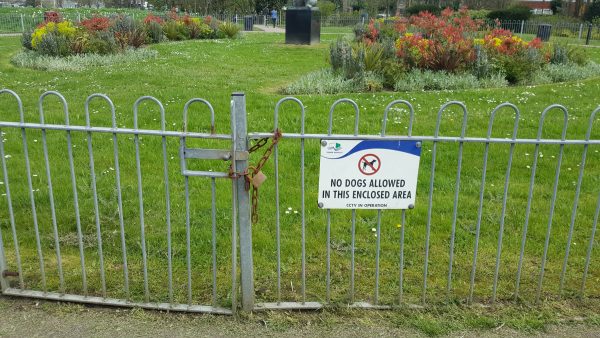