Have you ever spotted a saint’s washing line?

A block of 1930s council flats on the Isle of Dogs have a couple of tall posts with a decorative finial -- but what are they? 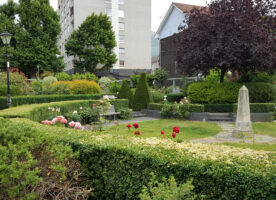 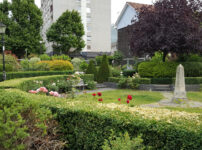 A memorial garden on the Isle of Dogs

A small garden laid out in two circles can be found near Canary Wharf that was created in memory of those who have worked on the Isle of Dogs.

In the post-war period when London had a surplus of rubble and empty spaces, an airport was planned in the docklands area with SIX runways. 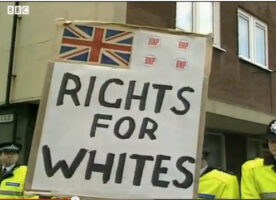 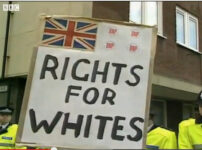 20th Anniversary of the BNP victory in Docklands

Twenty-years ago, people were waking up to news of a momentous event in British politics. The previous day, a small by-election had taken place on the Isle of Dogs, and for the very first time ever, a member of the British Nationalist Party had won an election.

Amongst the fluffy bunnies and clucking chickens that can be found at the Mudchute city farm sits a now silent visitor - a World War Two era anti-aircraft gun.

Regular users of Millwall Park at the bottom end of the Isle of Dogs may have been surprised to see a tall lattice tower suddenly arrive over the past few days and spring upwards.

For the past year or so, the foot tunnel that runs under the Thames between the Isle of Dog and Greenwich has had the lifts out of action, and the staircase covered up in so much cladding that it is… 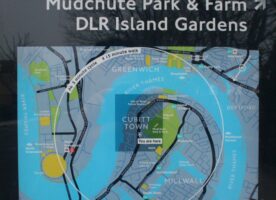 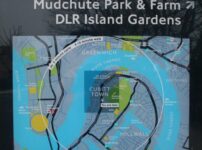 The Isle of Dogs Declares Independence from the UK

Following on from the rather dubious Mayoral election yesterday in Tower Hamlets, some people living on the Isle of Dogs (well, probably just me) might be wondering if we can be cut free from the rest of the Borough and…

A few months ago, when collecting leaflets in the (now closed) tourist board centre in Greenwich, I purchased a book of Docklands history, published by The Island History Trust – mainly as it had two maps which really caught my…

A local pub near where I live is about to vanish under the weight of a 200-metre tall tower if planning permission is granted,