Brixton based artist Zineb Sedira has created a series of films and large-scale photographs that will be displayed at King’s Cross St Pancras, Euston, Highbury & Islington and Brixton later this month.

The project, titled ‘Collecting Lines’, is a reflection on networks, mapping and movement, exploring the Victoria line from unusual and often unseen perspectives.

These are all part of the Art on the Underground programme.

Unveiled later in October, a triptych video at Euston station, called ‘South to North – North to South’, follows the full distance of the line’s subterranean route, filmed from the view of the train driver. The work captures the movement, distance and velocity of the inner workings of the tunnel.

The film ‘Drawing and Collecting Maps’, displayed at King’s Cross St Pancras, features an interview with Phil Roe, a cartography enthusiast who retired from London Underground in June after 42 years of service. This piece sees Roe discuss his collection of historic tube maps, as well as his own intricately detailed hand-drawn maps.

Also at the station is ‘The End of the Line’, a large-scale film that follows Tube trains on their journey to the Victoria line depot, where the nightly ritual of cleaning and servicing takes place before the daily routes begin again. 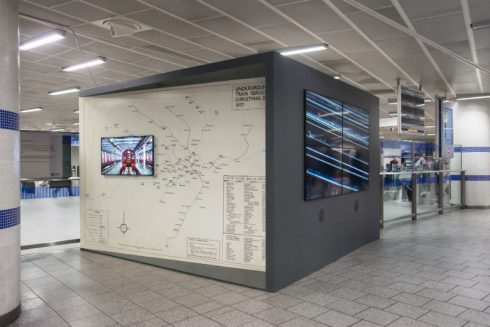 © Art on the Underground

Brixton and Highbury & Islington stations will feature large-scale photographic works of the ceiling at Victoria station, which is covered with coloured cables and pipes.

Sedira’s photographs of this mass of exposed cables is visually reminiscent of a Tube map and conceptually links her three films. 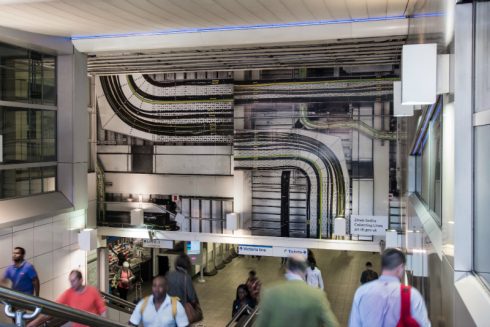 © Art on the Underground