Censored photos from the 1930s to go on display

Published 7 May 2018 by London exhibitions

It’s 1930s America, the country is in recession, and photographers are sent out to record what is going on, only to have much of their work censored.

These are the “killed negatives”, which had large holes punched out of them to stop them being reused, and yet, many managed to survive, and now they are coming to London.

An exhibition at the Whitechapel Gallery opening next week shows a light on this little-known act of suppression. Over 70 of the killed negatives will go on display, printed from a recently digitized archive held by the USA’s Library of Congress.

The photos were commissioned by the Information Division of the Farm Security Administration (FSA) between 1935 and 1944, and aimed to capture the life of rural America. Although supposed to be snapshots of life, they are very clearly stagged photos, often with people dressed just a bit too well for what was promoted as random photos taken on a moment’s notice.

Although the resulting works form an extensive pictorial record of American life in those years, it’s a heavily sanitised view. Not just because the photos are staged, but because of the censorship. 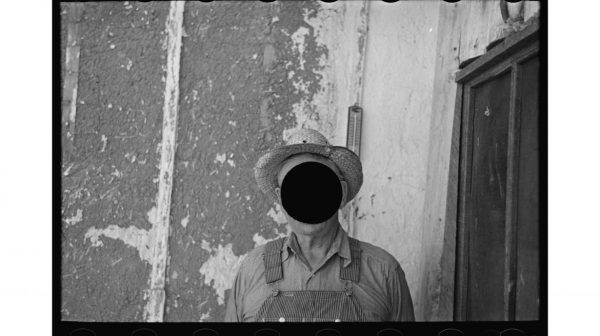 Quite why a certain photo was censored will never be known, but while some were for technical quality reasons, many reflected to the social code of the time. Some show a few too many black people looking too successful for their social class, others showed people suffering too badly from the recession, and were censored to prevent the bad news from spreading.

The censored images were punctured through with a hole puncher, ‘killing’ them. These ‘killed negatives’ would feature a black disc, floating surreal over faces and landscapes or obscuring subjects’ faces or bodies. They were rendered permanently unsuitable for publication at the time. 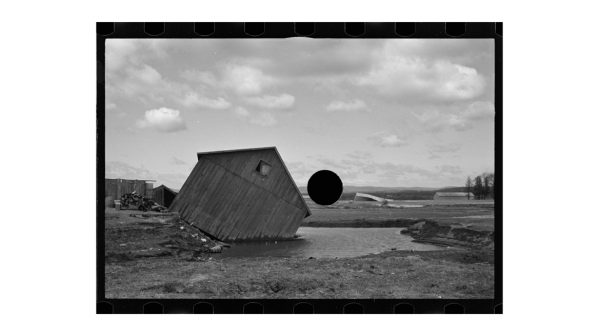 A photograph by Russell Lee is punched through at the centre, obscuring entirely the face of a farmer. In an image by Paul Carter, the black disc hovers next to a shed tilted on its side. In Carl Mydans’ photograph, the punched hole becomes a black sun in the sky above a group of farmers, and in a photograph by Marion Post Wolcott it sits on a shelf in a shop. 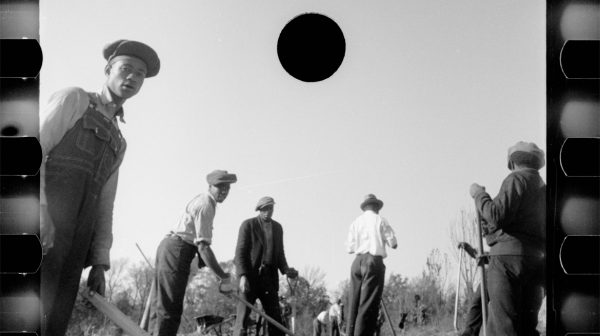 Oddly, now, these black voids within the photos add a certain artistic quality to them that was never there before. The empty space where once there was a sitting person, or hanging ominously over the groups being photographed. The void in the photo visually representing the void in the collection of published photos, a black hole of censorship in the Land of the Free.

The exhibition, Killed Negatives: Unseen Images of 1930s America opens on 16th May and runs to 26th August. Entry is free.