Published 7 May 2018 by London's Alleys and Passages

A narrow alley that provides a convenient link between two parallel roads, and which as far as I can tell, has never been used by St Augustine. 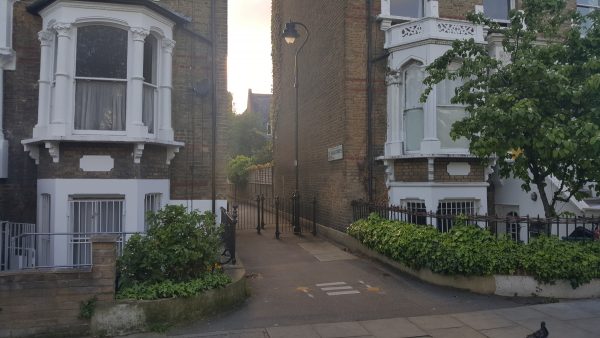 It is however named after the church it sits beside, one of the more aggressively Bible Bashing variety, St Augustines Highbury, and the alley used to be very much larger than it is today. 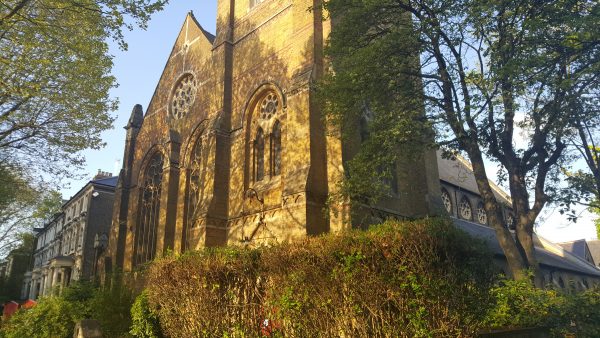 The church was built in around the early 1860s, on New Park street, which was already lined with a few houses, but they all backed onto a canal — the New River which ran down to central London. The canal was lined on both sides by a road, but otherwise, was all fields around here. The church had a link from its back to the canal. By 1886 though, the canal had been covered over, with a wide green verge in the middle where the river ran, and by around 1910, Victorian housing was running along the roads on either side. 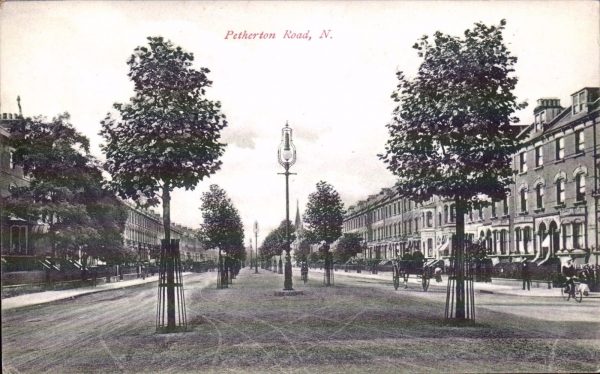 It’s when the housing was built that the wide path behind the church turned into this otherwise rather unremarkable alleyway.

Unremarkable save for one thing…

To one side, where was housing is now a school, and they have decorated the alley. Not many alleys can boast their own map of the solar system, but this one can. 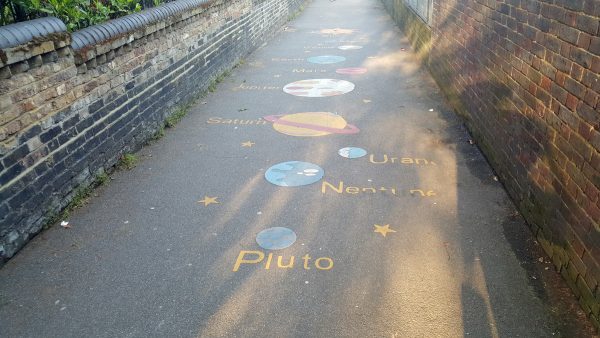 And how better to explore the solar system than in your very own space rocket? 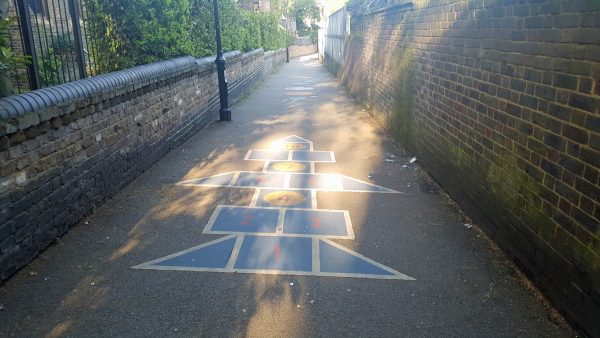 It’s a modest alley, but one that is both of utility, and joy.

As an aside, to the north of the alley behind the church, is the former church hall, which became Wessex Studios in the 1960s, and echoed to the sounds of the Sex Pistols and the Rolling Stones. Not sure what the Victorian era parishioners would have made of that!