Published 7 May 2018 by Transport News

A modest, but potentially important upgrade to the entrance to Victoria tube station is being planned, to make it more obvious that it is in fact, an entrance. Sitting outside the main Victoria station is a shopping arcade, and next to it, in one of the arches, is a small entrance to the tube station. However, the entire arcade is advertised as being the entrance, which is, to put it mildly a bit confusing for visitors. 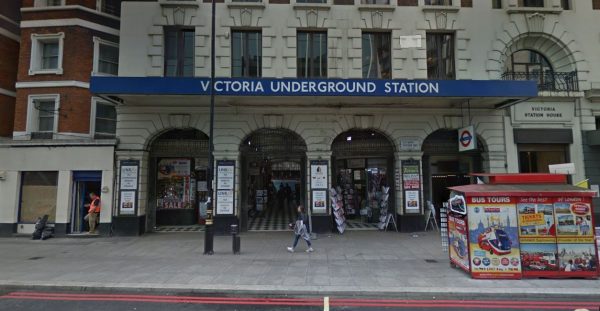 As part of the wider Victoria tube station upgrade, they want to bring the arcade entrance into compliance with modern London Underground standards.

The arcade has an interesting history, being part of the rebuilding of Victoria Metropolitan District Railway (MDR) Station in 1909-11 following the electrification of the underground railway.

The architect, George C Sherrin, had designed MDR stations at Liverpool Street, South Kensington and Kensington High Street, each incorporating a shopping arcade. Steel framing was by now routinely employed in Underground station construction, which enabled the addition of extra storeys for commercial lets at a later date. At Victoria, a large superstructure over the station and arcade was envisaged at the outset, enabled by the provision of deep concrete foundations and a reinforced concrete raft over the station platforms.

In 1922-5 a large office block, Victoria Station House, was built over the arcade to the design of Trehearne and Norman, which also reduced the width of the arcade from six to four arches, one of which is the London Underground entrance.

At the moment, a huge LU sign hangs over the entire arcade, and a small metal sign over the actual tube station entrance. 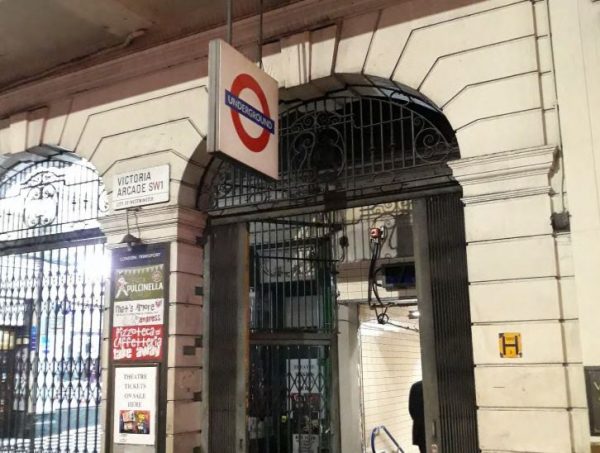 The plans are to replace that with an illuminated Roundel, and also put in place a tube station entrance sign above the correct arch. The existing large scale sign will be replaced with one that aligns to the right to make it clearer where the tube entrance is.

The shabby metal gates (bostwick) will be replaced with newer versions and the general signage in the entrance also brought up to LU standards.

Overall, while people who use the entrance daily will probably not even notice the changes, tourists should find it much easier to spot where the entrance is and not end up walking through the arcade by mistake. 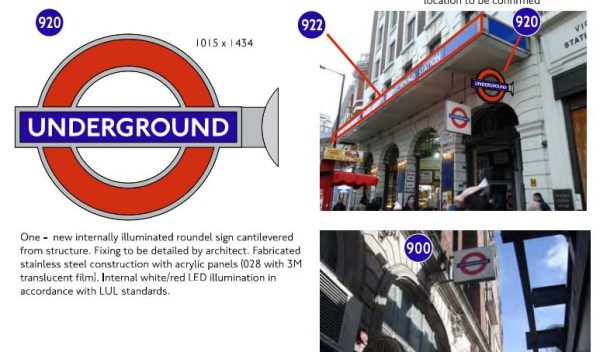 In case you’re wondering, all the old signs that will be removed aren’t thrown away (or sold on ebay by the builders), but are given to the London Transport Museum.