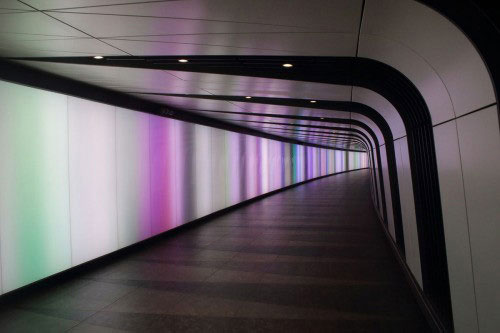 In the countryside of Leicestershire, London Underground says it is making progress with new wireless signalling. BBC News

London Underground has apologised for the major disruption on the Central line over two days. Local Guardian

A specialist policing unit which investigates sexual offences on the Tube is to be disbanded, the British Transport Police (BTP) has confirmed. BBC News

London Underground has extended its Track Partnership alliance with Balfour Beatty for further two years to March 2018 in a deal worth £170m. Railway Gazette

SSR Signalling And The New Tube For London London Reconnections

Transport bosses spend up to £145,000 each year on counselling for Tube drivers after passenger suicides on the London Underground network. Standard

Crossrail Place has picked up a prestigious award at Mipim, the gathering of international developers at Cannes. The Wharf

Jeremy Corbyn has called for a massive wave of investment into northern rail lines to be handed over before London’s second Crossrail project is funded. Manchester Evening News

The House of Lords petitioning period for the High Speed Rail Bill (the HS2 Bill) has been announced. Parliament

An Enfield MP has criticised a train operator for providing “shocking” services in the borough. Enfield Independent

Labour has tabled an amendment to the HS2 bill that if adopted would bind the government to a comprehensive redevelopment of Euston station. BD Online

Campaigners are demanding better after it was revealed that the train service on the Catford loop is substantially worse than the 1950s. NewsShopper

Passengers were forced to “break out” of Sutton rail station after staff closed it for the night before the last train had arrived. Local Guardian

Victory is in sight for campaigners fighting to get c2c to revert to its old timetable after the Government scrapped controversial stops at east London stations. Echo

A Burger King outlet in Waterloo station has been granted permission to start selling alcohol. Standard

The Friends of Peckham Coal Line announced that Adams and Sutherland architects have been enlisted to help with the project. Southwark News

The image above is from Sept 2014: New tunnel opens at King’s Cross station