Classical concerts on the London Underground

Next month, each Sunday, there will be a chance to hear a series of new works by composer Matt Rogers — performed live by the London Sinfonietta across the Victoria line.

From solo players to ensemble pieces, these events will visually draw on the Victoria line’s tile motifs, with costumes designed by Jenny Hayton and graphic works by Fraser Muggeridge studio. 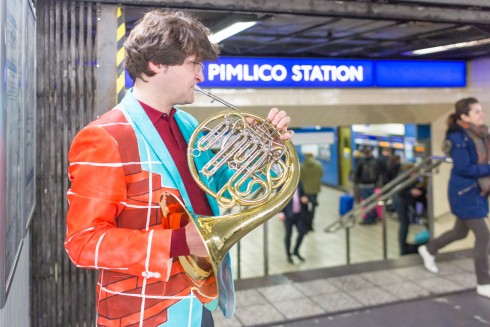 Live Performances on the Victoria line

We Happened to Travel (Phase One)