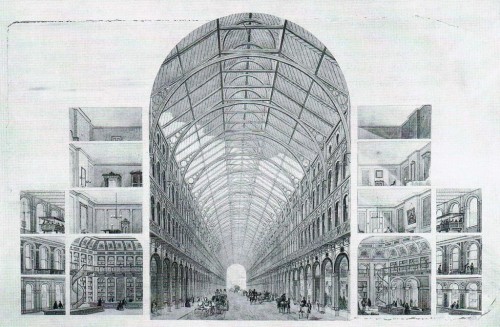 This October Art Below are showcasing the work of 20 international artists across billboard space at Regent’s Park underground station. Artlyst

A Newry firm has called a £1.4m contract to build two passenger tunnels for the London Underground the “most important” deal in the company’s history. Belfast Telegraph

Campaigners say they are “very disappointed” by a report on the Bakerloo line extension which seems to favour a route down the Old Kent Road. Southwark News

West Drayton residents living near the railway are being warned to expect night-time noise from Crossrail works. Get West London

Plans to redevelop London Euston as part of the high-speed railway line HS2 should be scrapped, an MP has said. BBC News

Five people were hurt when a train hit the buffers as it came into London’s King’s Cross. BBC News

The case for the HS2 high-speed rail line has come under fire in the House of Lords. BBC News

The European Investment Bank (EIB) has agreed to provide GBP 1 billion for investment in the London transport network. Press Release

Do tube strikes cost the economy millions of pounds in lost productivity, or do they shake up people and change behaviour in a way that offsets the loss? IanVisits

The people behind plans to convert a disused railway in Peckham into a public walkway are seeking financing through a crowdfunding campaign to raise £66,000 in start-up funds. IanVisits

And finally, TfL publishes a listicle – The 11 Most Annoying Commuters In 8-Bit Buzzfeed

The image above is from Nov 2012: Unbuilt London: Victorian plans to encircle London with a Crystalline Railway