Is it ever OK to wear socks with sandals?

Is it ever wrong to wear socks with sandals? It may surprise you to learn that not only can it be acceptable, but indeed can be mandatory.

Such a place and time was ancient Egypt, where despite the temperature, it was common for the richer folk to wear woollen socks with their sandals.

How do we know this? A visit to the V&A museum will educate you, as they have such a pair of socks on display. 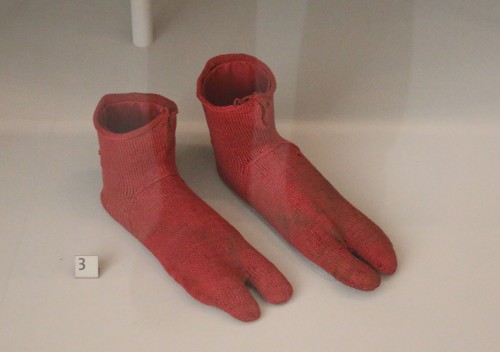 The socks were made in the 4th to 5th century, and were excavated in Egypt at the end of the 19th century, then donated to the museum.

To the museum, the significance of these socks lies in their use of what is now a relatively little known textile technique, and the fact that they come from Oxyrhynchus, a Greek colony that was a notable monastic centre by the fifth century.

For those who are inclined to wearing socks with sandals, you can claim to be restoring an ancient tradition. Although I doubt that will appease the fashion police.

Rather weirdly for a pair of ancient Egyptian socks, they can be seen in the Medieval and Renaissance room, which is on the lower floor near the main entrance. 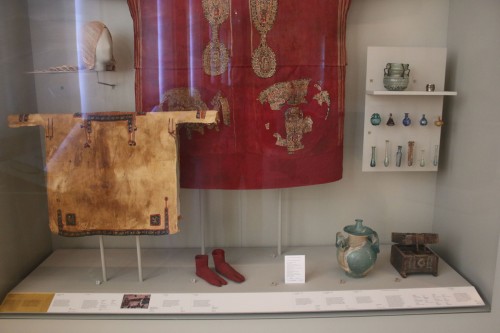