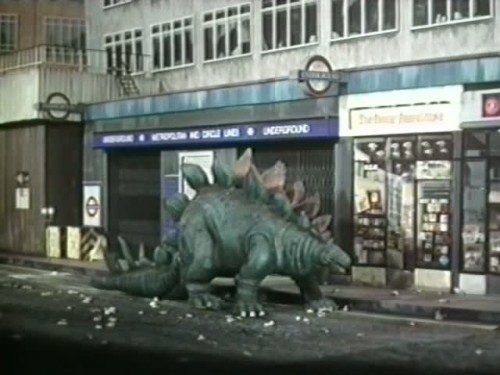 Preparations for the London Night Tube are well underway, with staff being tested on their ability to evacuate stations and even deal with vegetable soup splashed around train carriages to imitate passengers’ vomit. HuffPo

London Underground is trying to track down a brave passenger who risked his life to pull a man to safety from the tracks. LBC

Testing of the new signalling system to be introduced by Thales has reached the point where a train is running at LU’s line speed of 50mph. Rail Magazine

An explanation as to why platform 1 at Bow Road station isn’t such a good place to wait for a tube train. Diamond Geezer

A new water cooled ventilation fan roughly twice the height of a double-decker bus has been installed on the Victoria line to help cool one of the warmest stations on the Underground. IanVisits

Huge rent increases in response to Crossrail services in the area have raised concerns that traditional jewellery businesses in the Hatton Garden district could be forced out. Professional Jeweler

A Southern Rail worker pleaded with commuters to stop asking when their train will arrive, it has been claimed. Local Guardian

A railway bridge over the South Circular that has been regularly struck by high vehicles has been given some new hi-tech and low-tech defences. Press Release

Rail passengers were given a shock when a large ceiling panel collapsed inside their carriage. Telegraph

Vodafone will sponsor the London Evening Standard’s special late-night edition to celebrate the opening of the 24-hour service on the London Underground this week. Campaign

Developer Irvine Sellar has said he wants to emulate the success of Argent’s regeneration of King’s Cross in north London with his Paddington Cube project across town in the west. BD Online

Police are dealing with a significant increase in the number of violent and sex crimes on the London Underground and DLR network, Refinery29

And finally, Search resumes for Nazi Gold train that might not even exist Bloomberg News

The image above is from Nov 2013: Dr Who and the Curse of the London Underground