A 21st birthday present for one of London’s largest charities, which is itself a curious legacy of a 732-year-old trust associated with old London Bridge.

The Bridge House Estates is a charitable trust which was established by Royal Charter all the way back in the year of our Lord, 1282 — during the reign of King Edward I, the Hammer of the Scots. 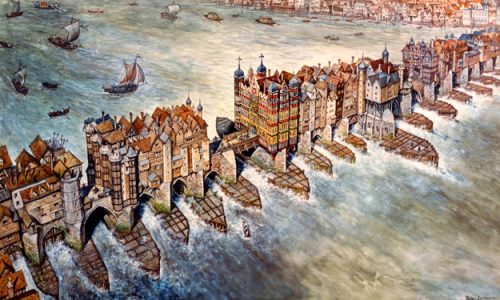 It was set up to fund the upkeep of the bridges across the Thames within the City of London, which at the time was just the one bridge, but today encompasses London Bridge, Tower Bridge, Southwark, Blackfriars, and the “wobbly”.

Over the long centuries, since it was founded, its assets grew to the point where its annual income vastly exceeded its needs. After all, there’s only so much that can be done to look after a bridge.

Excluding an exceptional gain last year, the charity earned an average of £45 million per year from its assets over the past few years but has bridge maintenance costs of around £4.5 million.

So, back in 1995, a little-used legal clause, a cy-près scheme was adopted allowing the charity to slightly change its purpose. It still looks after the bridges, but around £20 million of its annual surplus is given away to other charities and good causes in the Greater London area.

In July, its latest meeting awarded £1.8 million to 20 charities. Since 1995, it has awarded over 7,300 grants totalling more than £330 million to organisations across the capital.

On its 21st birthday (or 732nd anniversary, depending on how you count its foundation), the City Bridge Trust, the charitable arm of the original organisation has revamped its website to make it easier for applicants to understand its aims and how to apply for grants.

Thanks to the original trust, the cost of maintaining the five bridges doesn’t cost the taxpayer a penny. And each year, around £20 million is given to charity, thanks to the long legacy of the tolls charged by the old London Bridge over 700 years ago.

Which is some legacy.