Published 23 December 2016 by Events and Tours

A display space filled with the opulent reds of the middle-class homes is also now showing off examples of five of the leading performers of their time. 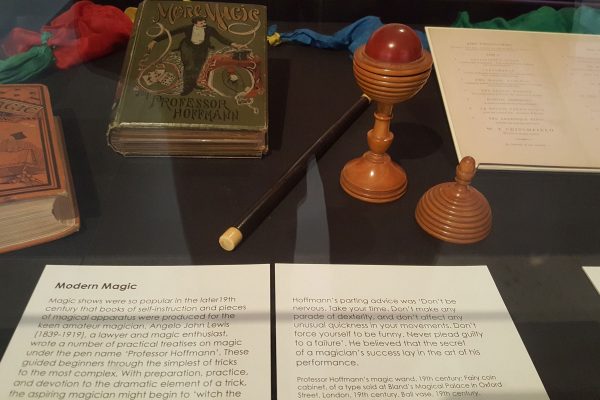 This was the beginning of mass entertainments, with the first celebrities appearing in anything from backrooms of taverns and fairground tents to the music hall stage. The brought popular entertainment – magic, hypnotism, circus and pantomime – to a mass audience for the first time. 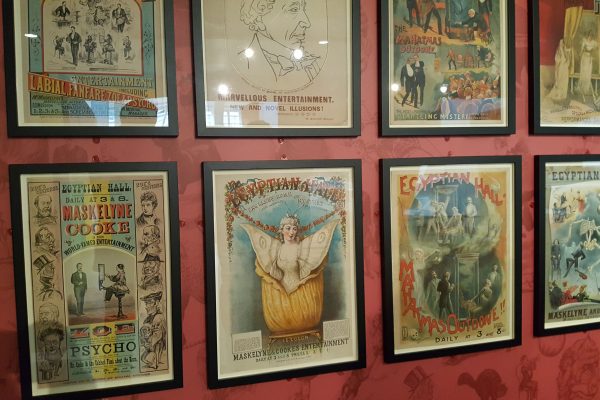 Much of what is on display is thanks to a purchase, for £20 back in 1895 of the entire collection of music-hall posters by the once-popular, but then struggling magician, The Great Evanion.

Evanion, real name Harry Evans, was living in a basement flat, and his precious collection was packed into a number of suitcases when it was sold to the library.

The curiosity is why he collected them at all — they were after all just temporary posters, to be pasted up, and covered up by the following week.

Their survival gives us a redolent whiff of how the Victorians were entertained.

Evanion is presented in the display, not just as the saviour of the exhibits, but as a worthy magician and entertainer in his own right, fully earning his place in the pantheon of the Victorian greats.

Sadly, despite the sale of his treasured collection, he died in 1905, in poverty. 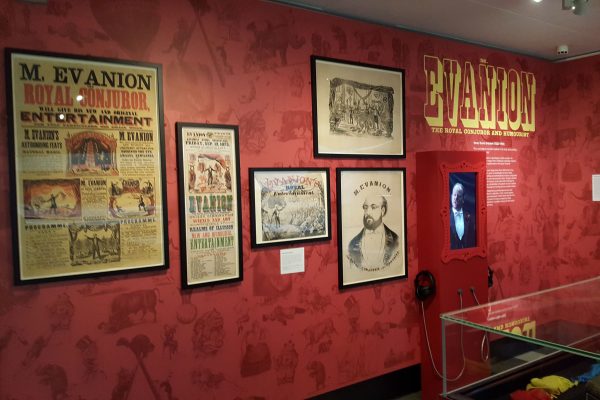 The exhibition at the British Library is free to visit, and open until 12th March 2017.