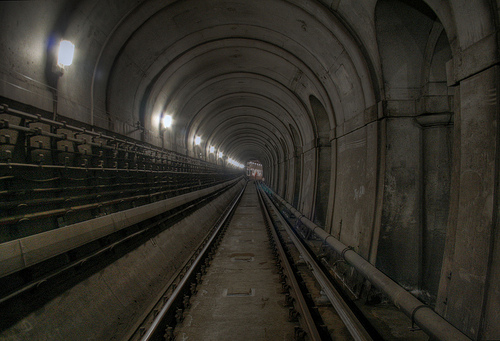 Tube trains from the London Underground could play a key role in a radical new plan to tackle a stretch of Highland road regularly blighted by rockfalls. Press and Journal

It’s not every month TfL give us two new tube maps. Diamond Geezer

Balfour Beatty has carried out a safety investigation after a worker cut through a live cable while working at Whitechapel. Building (£)

Crossrail documents reveal fears over welfare of workers The Guardian

A Southern Rail train being transported on a lorry caused delays for motorists when it became stuck at a crossroads in south east London. Metro

Tories on the London Assembly claimed that Sadiq Khan’s “fantasy economics” would leave the capital with a £3.7 billion transport black hole if he delivered on planned projects. Standard

Local photographer Tarik Ahmet travelled on the Northern Line’s first ever night service to photograph and document the lives and journeys of the capital’s people. Creative Bloom

The image above is from March 2010: Walking though Brunel’s Tunnel under the Thames