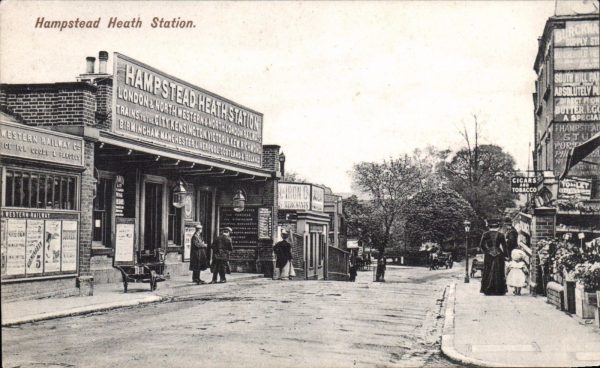 Hampstead Heath Station was opened in 1860 and soon became popular for day trips by East-End workers seeking the countryside during holidays.

Tragically, such were the crowds, that on Easter Monday, 18 April 1892, when lots decided to return home after seeing storm clouds brewing overhead, there was a massive crush on the stairs. Eight people died in the crush and many more were injured.

The design of the station, with ticket booths at the bottom of the stairs was largely blamed for causing the deaths. They were removed a few months later following the investigation into the deaths.

The station was damaged and rebuilt during WW2, and the current, rather anonymous metal shed on the corner of the road was installed in the 1990s.