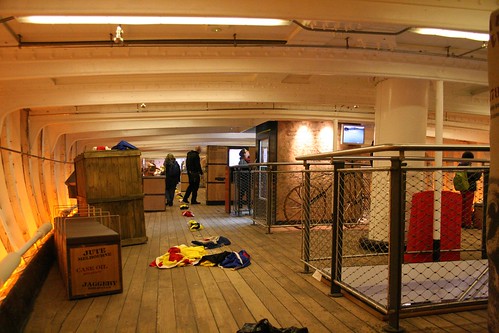 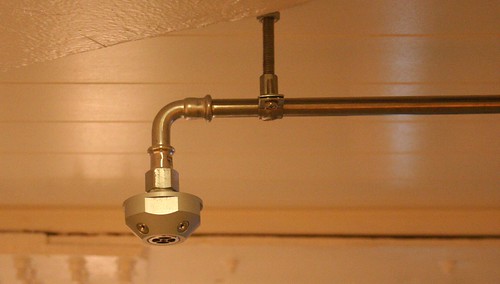 Heading up to the deck though they have fully restored how the ship would have looked at the time it was in use. Some wooden cages for animals emitted animal sounds and have wooden animals within them. Towards the rear, you can go down into the officer’s area, with the captain’s tiny cabin – the size of which may confuse people used to Hollywood representations of a huge room.

At the time of my visit, there was a very strong smell of white paint and frankly, it felt a bit like a 1970s Barratt Home, with almost every wooden surface covered in gloss paint. That should fade in a week or two though. 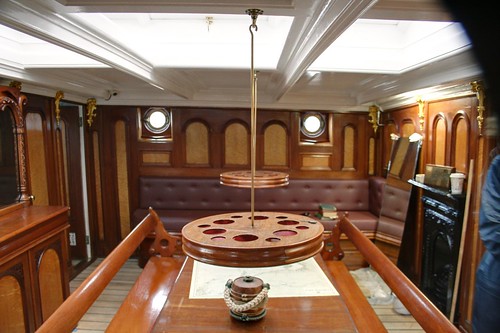 In quite a few locations there are video screens, and they have quite cleverly built one into the mirror in the dining room, so it almost looks as if you are watching a person chat while facing the mirror. To get deep back down to the hold means the staircase at the front of the boat, or the lift they have sliced into the heart of the ship. 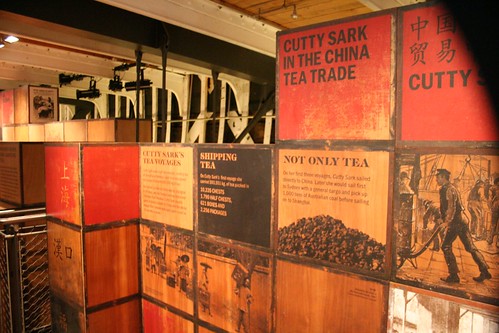 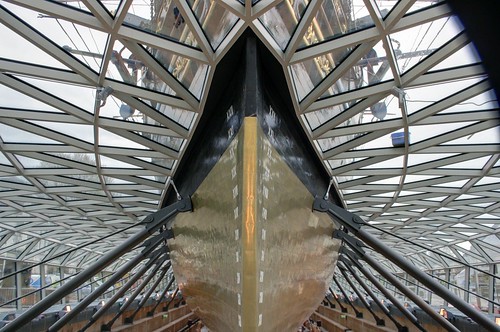 I think the effect works though. It creates the “ohhh!” effect most effectively and offers them space for the usual corporate events below the ship, as well as space for a cafe at the back.

To put artefacts in the ship would be difficult, and to put them in the dock would reduce its wow factor, not to mention the chance to hire the space out. But I missed them. 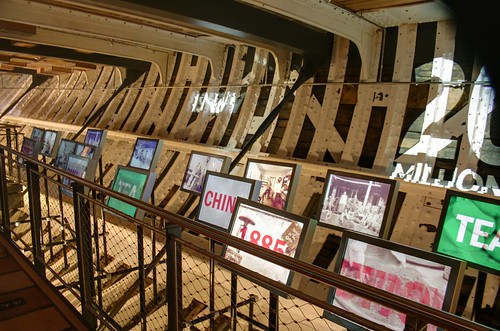 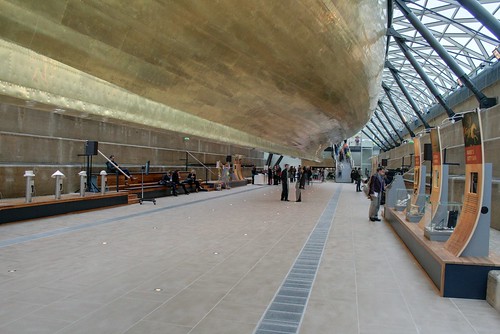